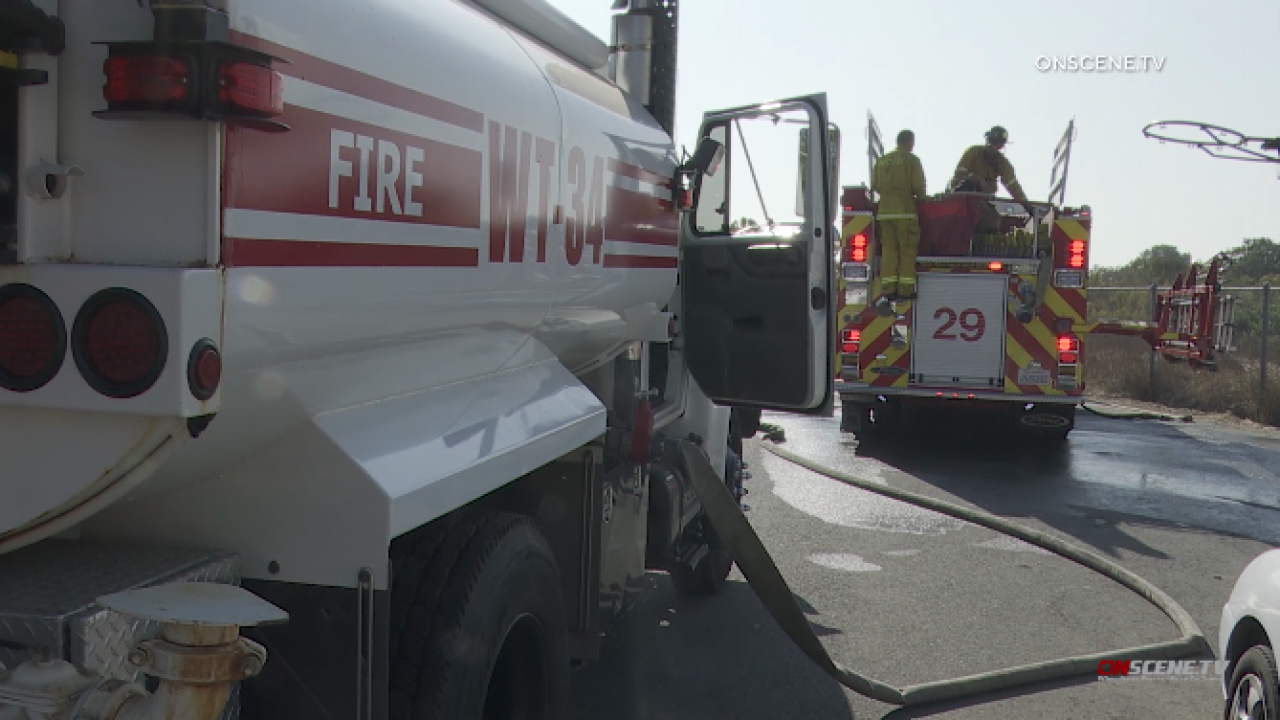 According to San Diego Fire Rescue, the fire sparked just before 7:20 a.m. in a rural canyon east of San Ysidro.

The department says, due to the difficult terrain, crews had to be flown in to fight the blaze.

The cause of the blaze is unknown at this time, but the Metro Arson Strike Team has been called in to investigate.