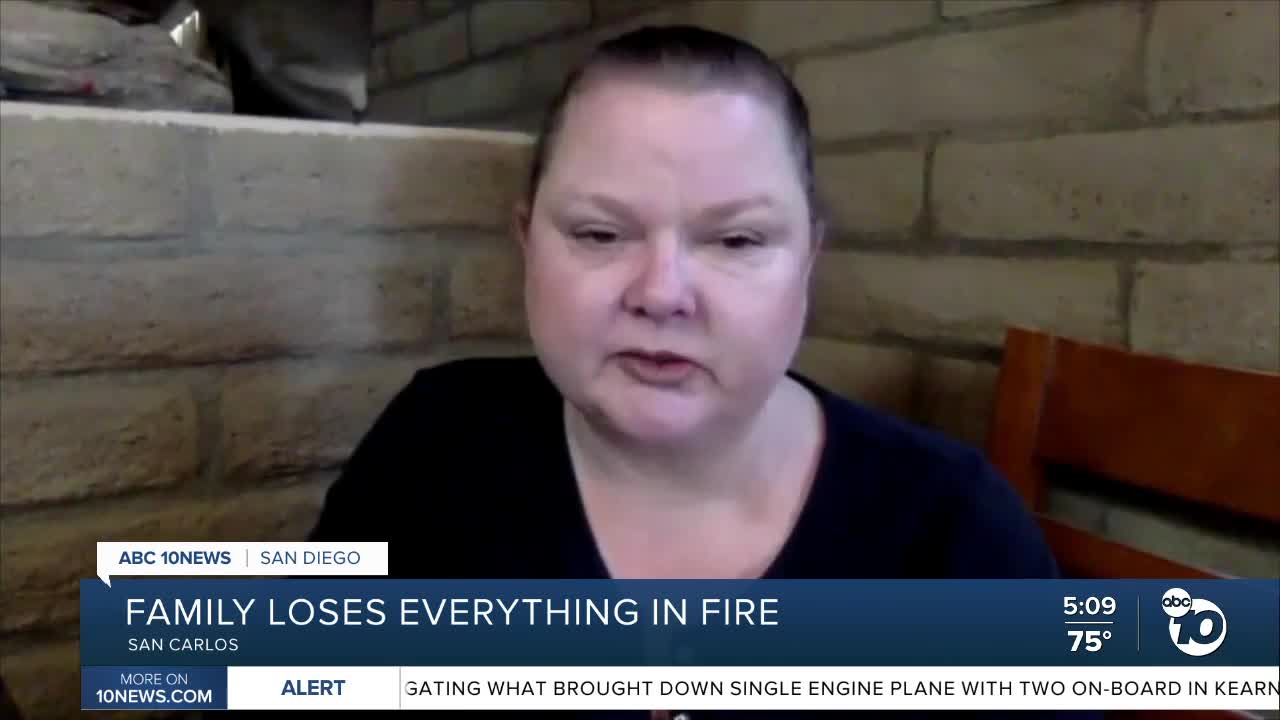 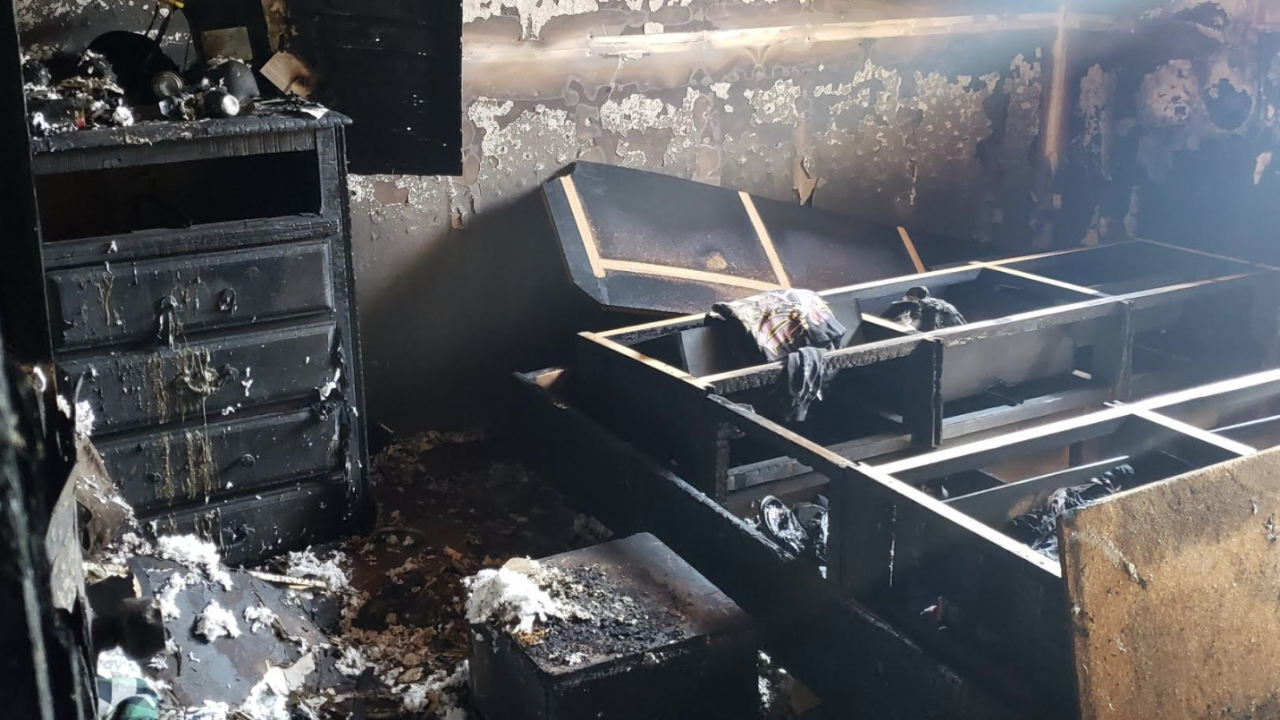 SAN DIEGO (KGTV) - A San Carlos family hit hard by the pandemic is picking up the pieces after a fire gutted their home.

Raegan Gaedke's brother shot cellphone video of smoke pouring out of their home on Verlane Drive on Sunday evening. Minutes before, Raegan, 16, and her brother Ryley, 17, had returned home from a grocery run, before discovering smoke in their parents' bedroom.

"Ran and got my dog out. My brother turned off the power and got the fire extinguisher, but it was too late. The fire spread too much," said Gaedke.

Their mom Cyndi, who was visiting relatives, says fire crews later told them the cause was a window air conditioner. The home they had been renting for the last 12 years is a total loss.

"So hard for me to comprehend we have nothing. It's all gone," said Cyndi.

Cyndi says they did not have renters insurance. It's a purchase set to the side.

"You think you'll get back to it, and you don't. Won't make that mistake again. It's hard to describe how stressful this has been," said Cyndi.

The stress levels already high since the start of the pandemic. Cyndi's husband, the breadwinner of the family and a commercial fisherman, has been out of work. His job counted on now-grounded international flights for shipping. The amount of money they family is receiving from unemployment is modest. Paying the rent had become a concern.

"We did have quite a bit of savings, but that's all gone. it's been tough and awful. My husband has had a lot of anxiety, as well as me," said Cyndi.

Right now, family members are staying with relatives. A Gofundme campaign has been set up to help the family.