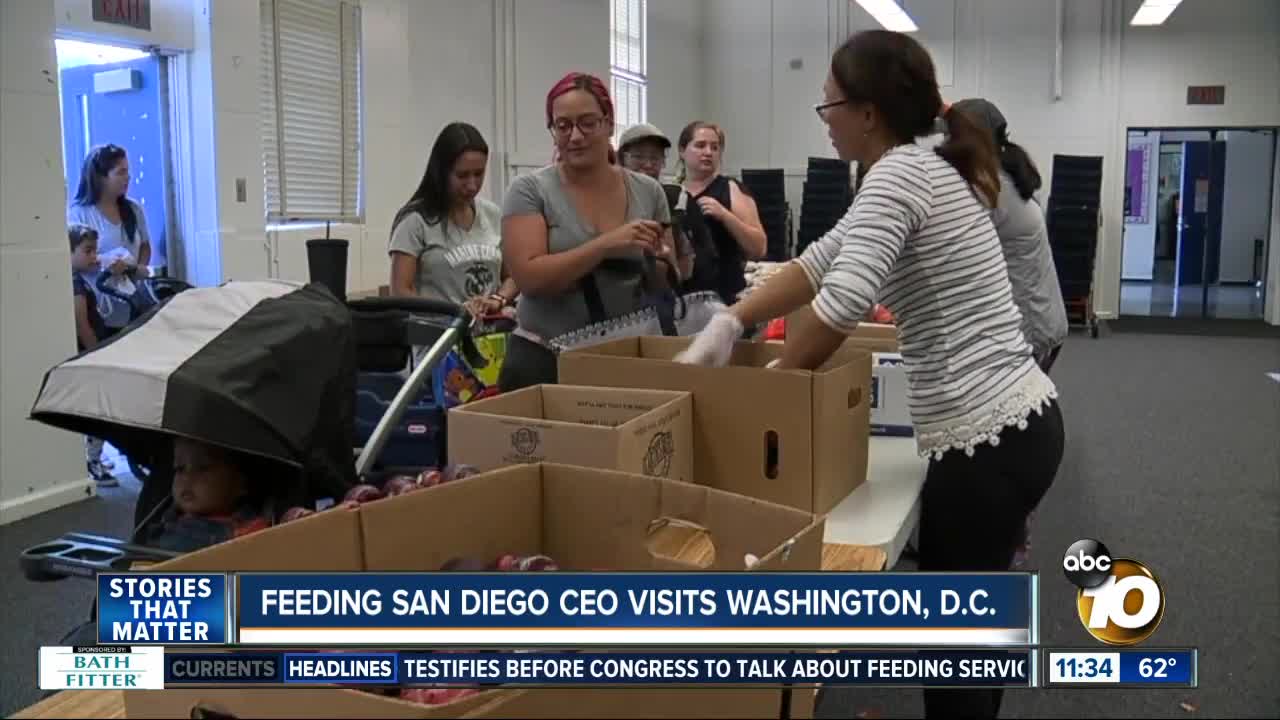 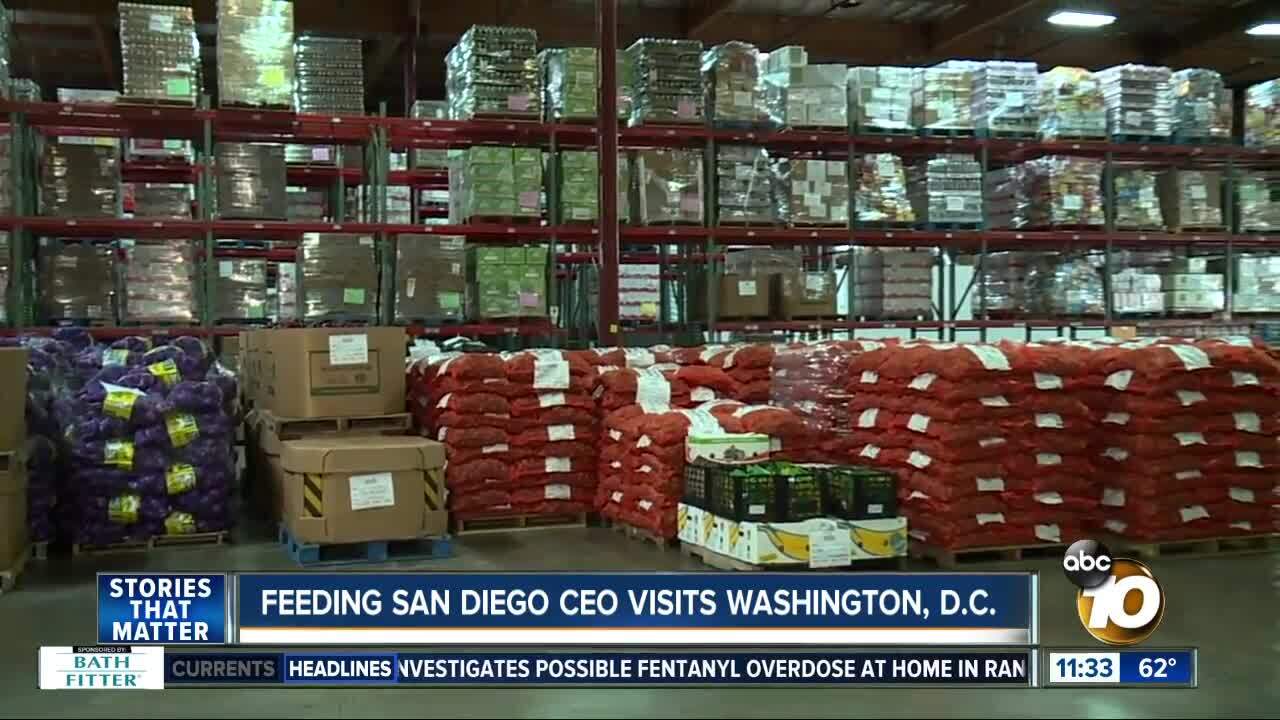 SAN DIEGO (KGTV) — A local organization headed to Washington D.C. Thursday to talk about food insecurity among our nation’s military and veterans.

San Diego County has the largest concentration of military and veterans in the world. The CEO of the company shared the group’s mission with lawmakers and how they can feed military families who don’t have enough to eat.

Feeding San Diego works to serve thousands of people through food rescue. The organization gathers quality food that would typically go to waste.

“Last year we rescued 24 million pounds of food that was going to leave the food system, and go to the waste system, from stores, farms, manufacturers and other sources,” says CEO Vince Hall.

Hall testified in Washington D.C. Thursday morning. The hearing examined the U.S. Department of Agriculture and Veterans Affairs programs that provide nutrition assistance to nearly 20 million veterans across the country.

According to the San Diego County Office of Military and Veterans Affairs, 1.2 million residents are associated with the military. That’s 37 percent of the population.

Feeding San Diego serves local veterans and military members through an initiative called “Feeding Heroes.” It reaches local families and veterans on or near base, in military housing, and public schools serving students of military families.

Dana Henderson, with Feeding San Diego, says the high cost of living in the county is a big reason for food insecurity. “What they are receiving is just not enough to make ends meet.”

She goes on to say, “People on a daily basis are having to make those tough decisions between a nutritious meal or paying other types of expenses.”

Over 2.3 million meals were distributed to veteran and military families through Feeding San Diego last year.