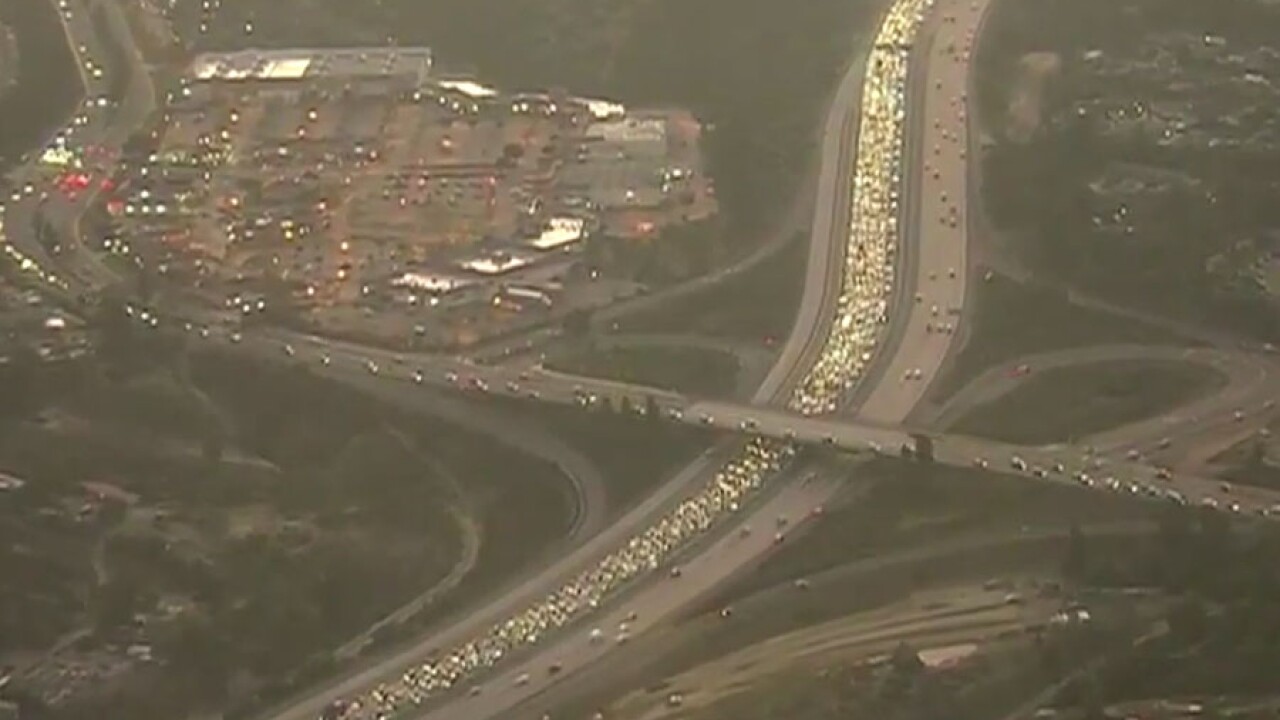 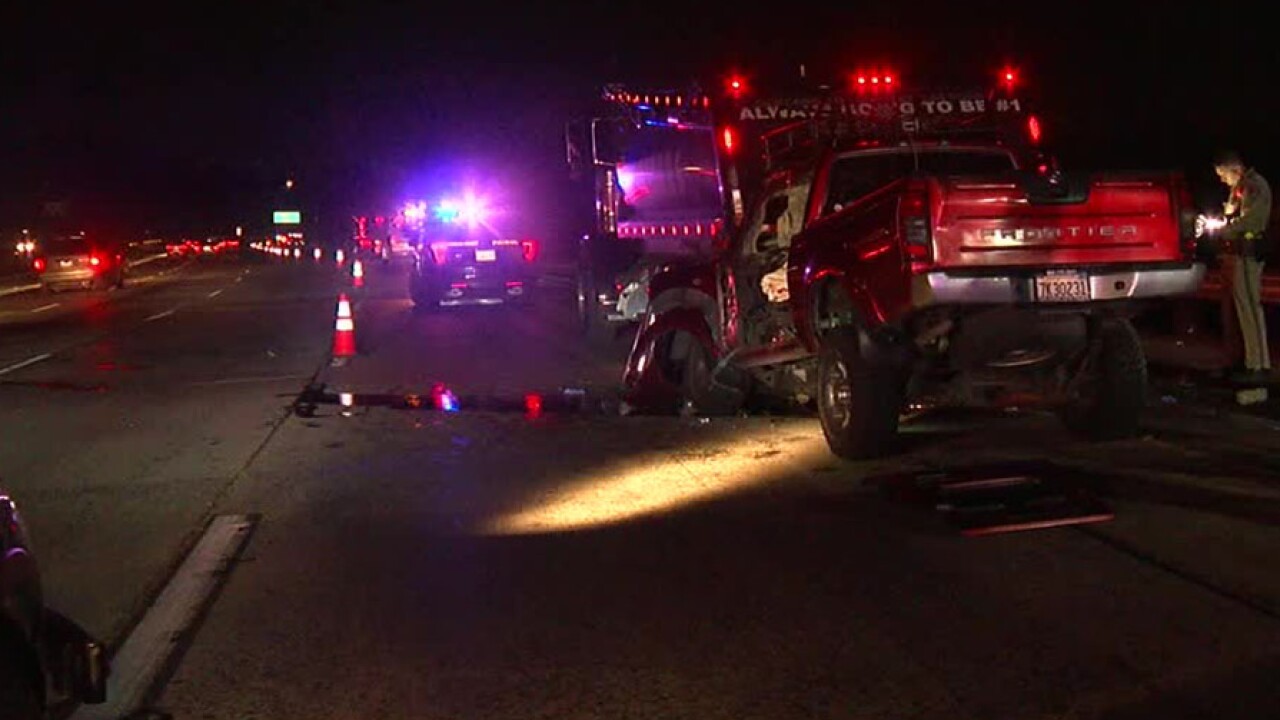 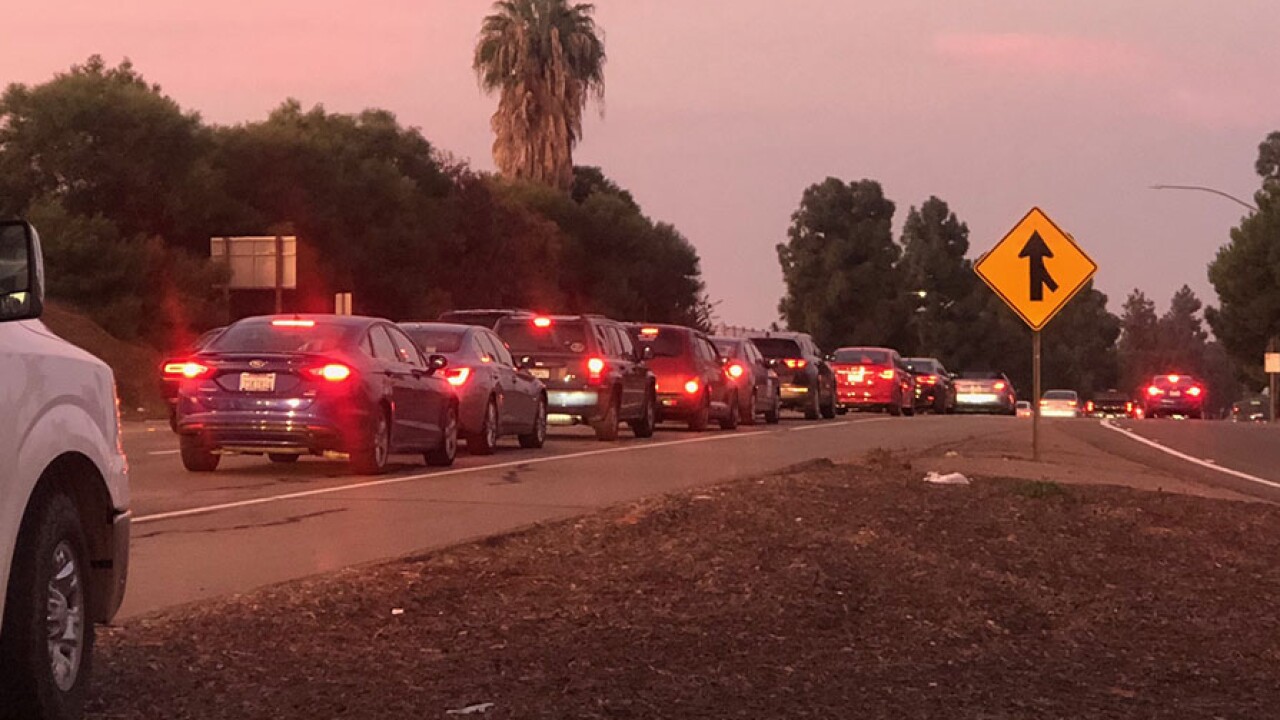 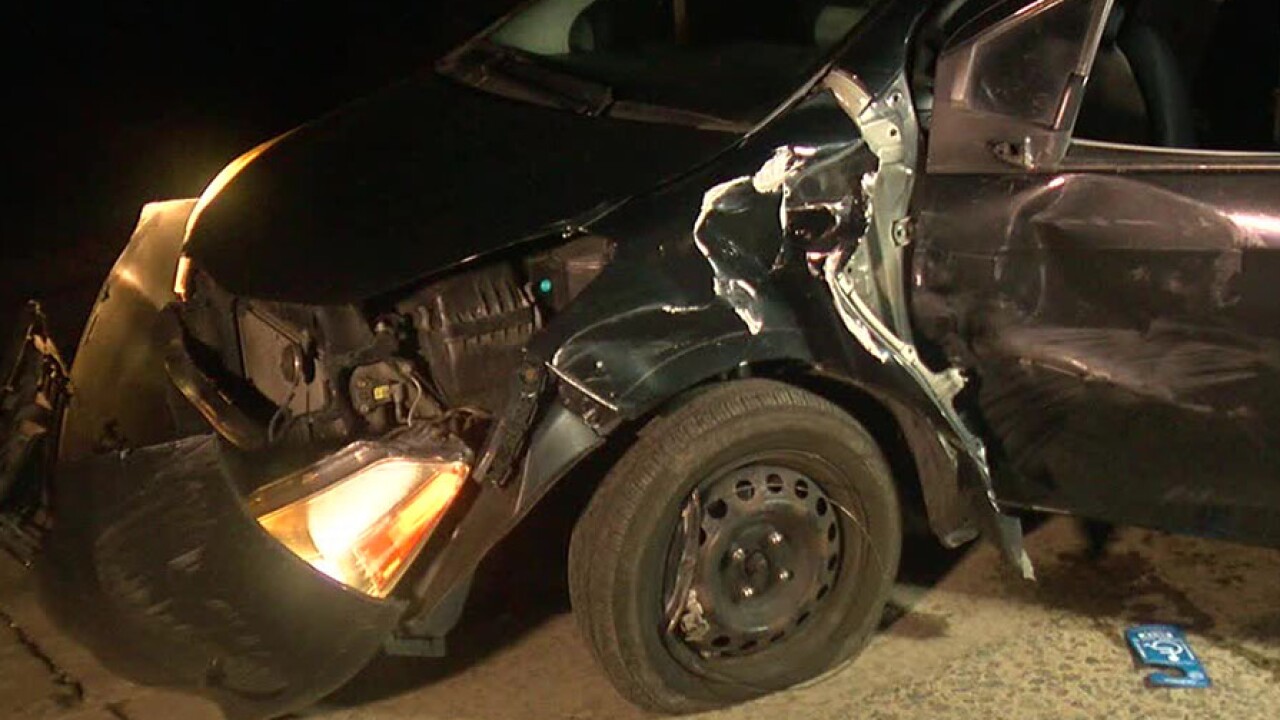 SAN DIEGO (KGTV) - One person was killed in a chain-reaction crash on Interstate 805 in the South Bay that forced lane closures and led to a heavy traffic backup during the Wednesday morning commute.

Shortly after 11:30 p.m. Tuesday, the California Highway Patrol reported a crash involving a Nissan pickup truck colliding with a Caltrans truck that was working along the side of northbound I-805 near Bonita Road.

CHP officials determined that a Toyota Yaris struck the pickup, causing it to slam into the back of the Caltrans truck, which was hauling asphalt.

10News learned the Nissan's driver died at the hospital after sustaining injuries from the wreck.

Yaris' driver, a 29-year-old man, was arrested on suspicion of DUI and vehicular manslaughter.

No other injuries were reported, and CHP officials said the crash is under investigation.

The closures caused a traffic jam that extended south past Palomar Street in Chula Vista.

To alleviate some of the gridlock, the CHP opened the HOV lanes to all vehicles.

By 6:55 a.m., all lanes and other closures were reopened.