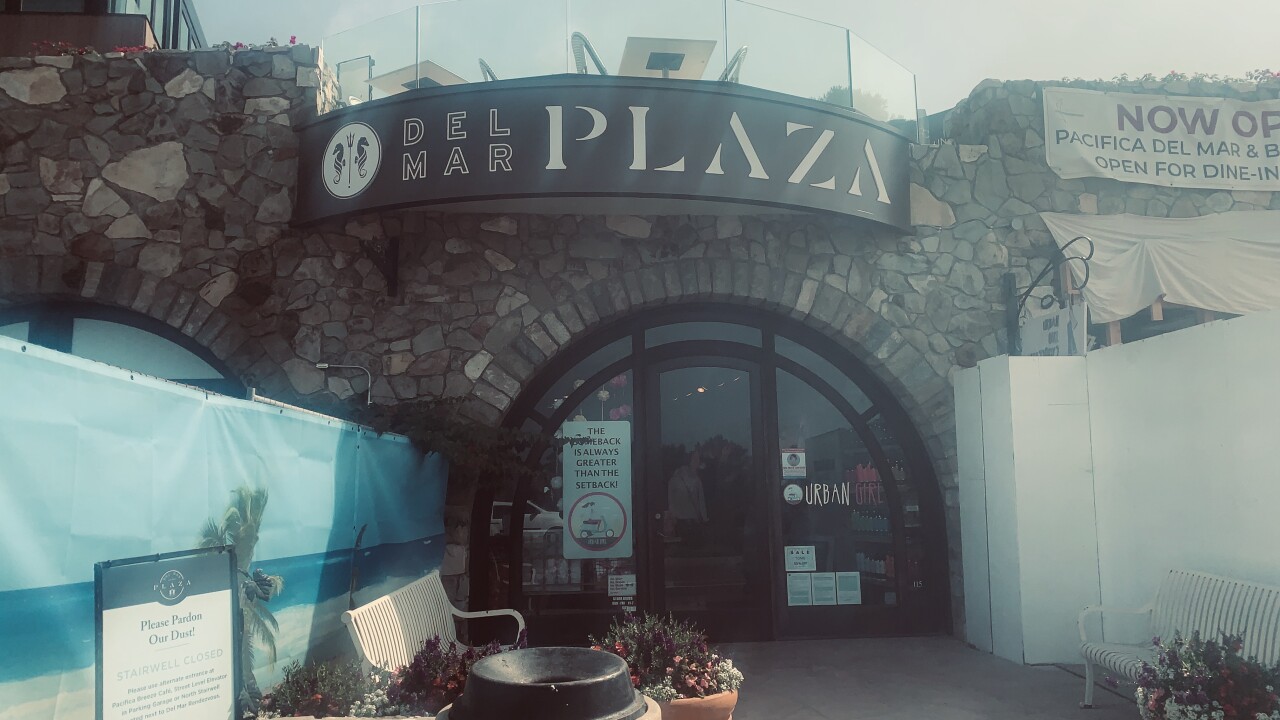 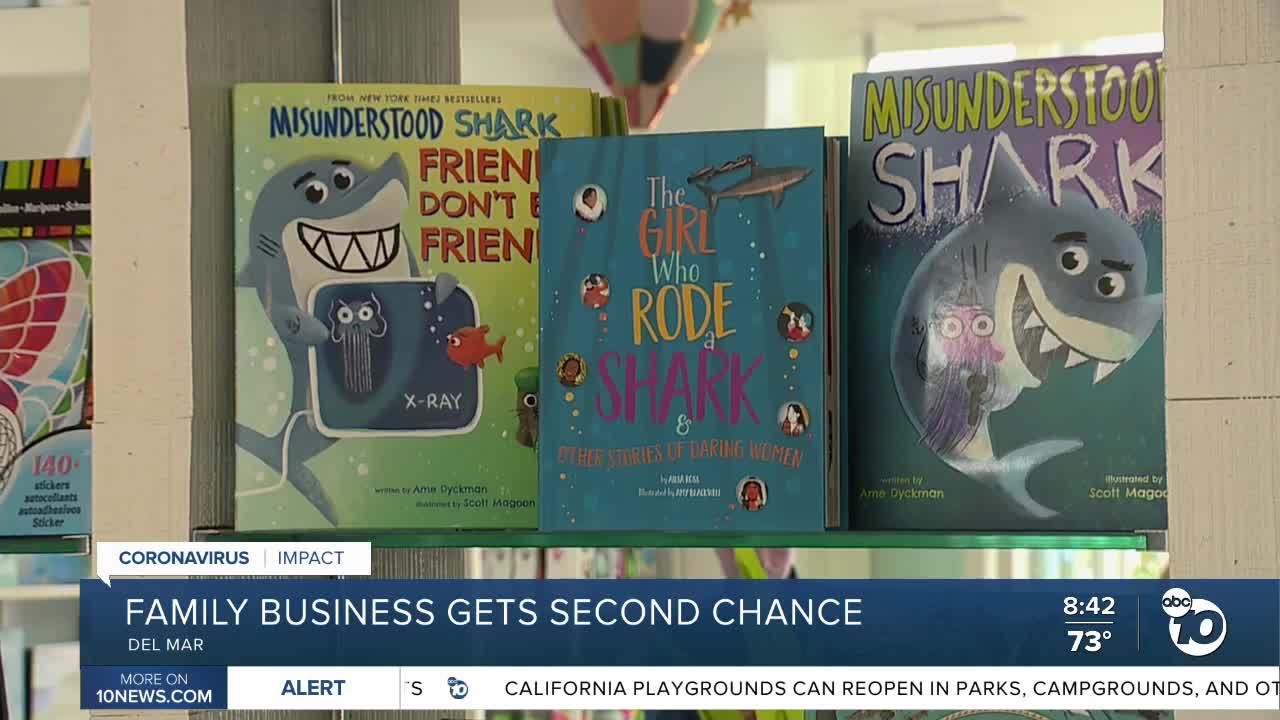 DEL MAR, Calif. (KGTV) - The COVID-19 pandemic-related shutdowns are impacting cities across San Diego, and the seaside village of Del Mar is no different.

Alex and William Rhett opened a childrens' book store in Del Mar a year ago.

"The pandemic killed us as a business, but the community brought us back, and here we are," said Alex.

The couple just opened Sandcastle Tales at its new location in the Del Mar Plaza.

The bookstore and the just-opened School of Rock are part of an effort to attract younger crowds to the plaza, located at 1555 Camino Del Mar

"You just can't apply the same old formula that you had before, so you have to get a new mix of tenants, a new synergistic group of people that bring a variety of age groups to the plaza," said Patty Brutten.

"The successes have been very few and far between. It's been a long hard road," said Patty.

Competition from One Paseo, Flower Hill Promenade, and online retail has made it tough to attract new tenants.

"I don't think anyone else would have stuck with it like we do just because we live here, we're community members," said Patty.

Since the pandemic hit, some businesses have closed their doors. Lorna Jane, an athletic apparel recently closed.

Prep Kitchen is closed just up the street, and a newly opened barbershop is no longer operating.

But two new restaurants are moving into the plaza. Outdoor concerts on the deck continue to be popular.

"We really hope everyone can really rediscover the plaza," said Patty.

City leaders say retail and restaurants are struggling, but the most significant hit came when the San Diego County Fair was canceled, and the horse races went on without spectators.

The city has benefited though from an increase in people at the beach.

Back at Sandcastle Tales, the owners are grateful for another chance.

"I feel like one of the best opportunities I have ever had, and we want to give back," said Rhett.

The store will offer bilingual story time as well as other arts and crafts workshops. Check their website for updates at SandCastleTales.com.