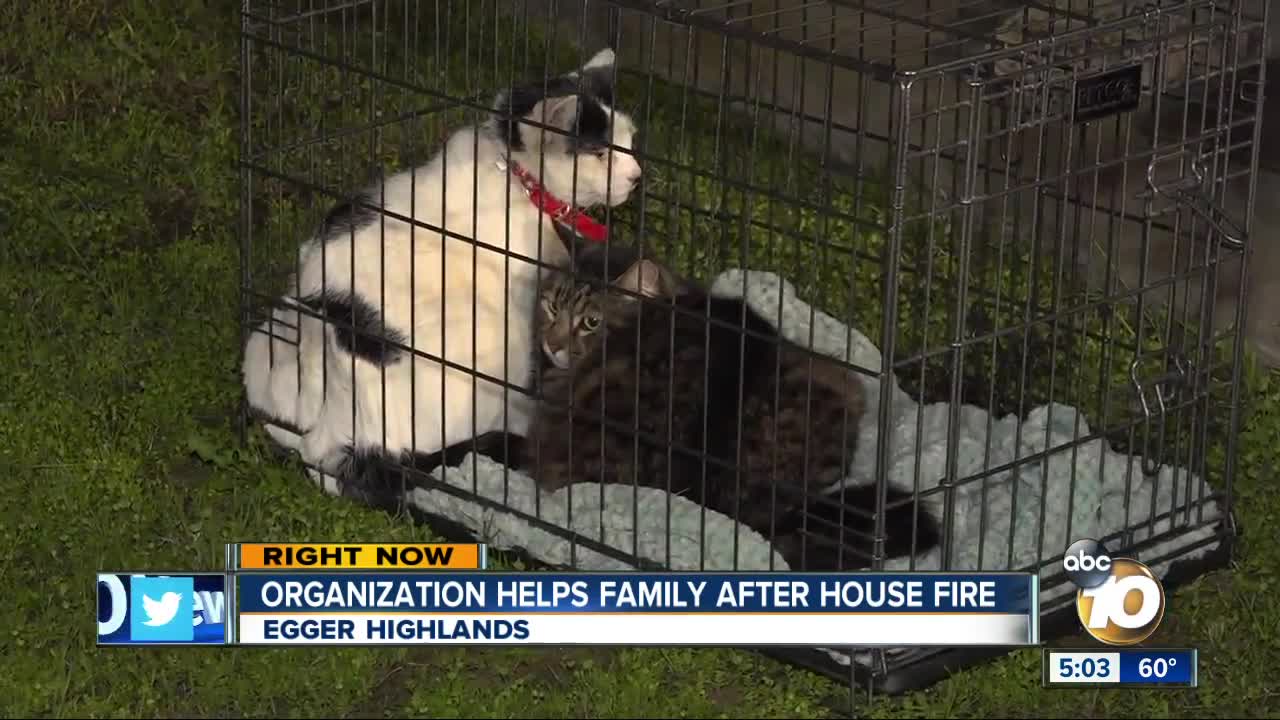 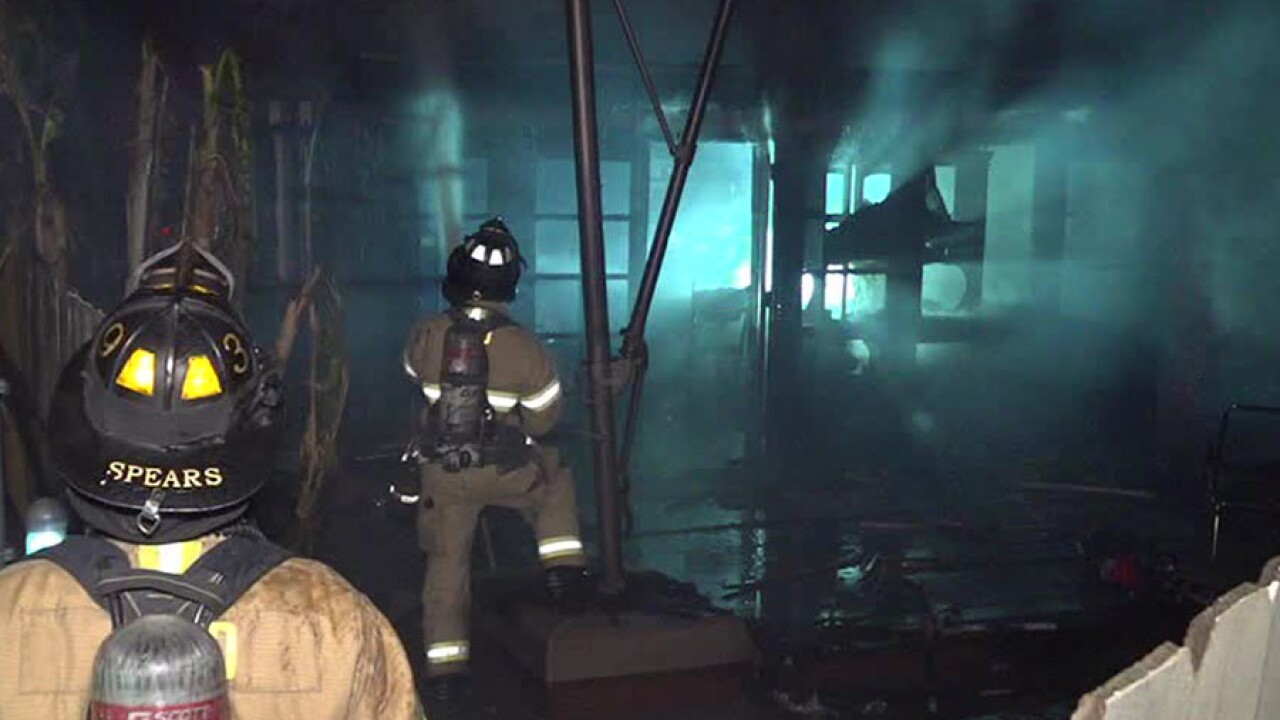 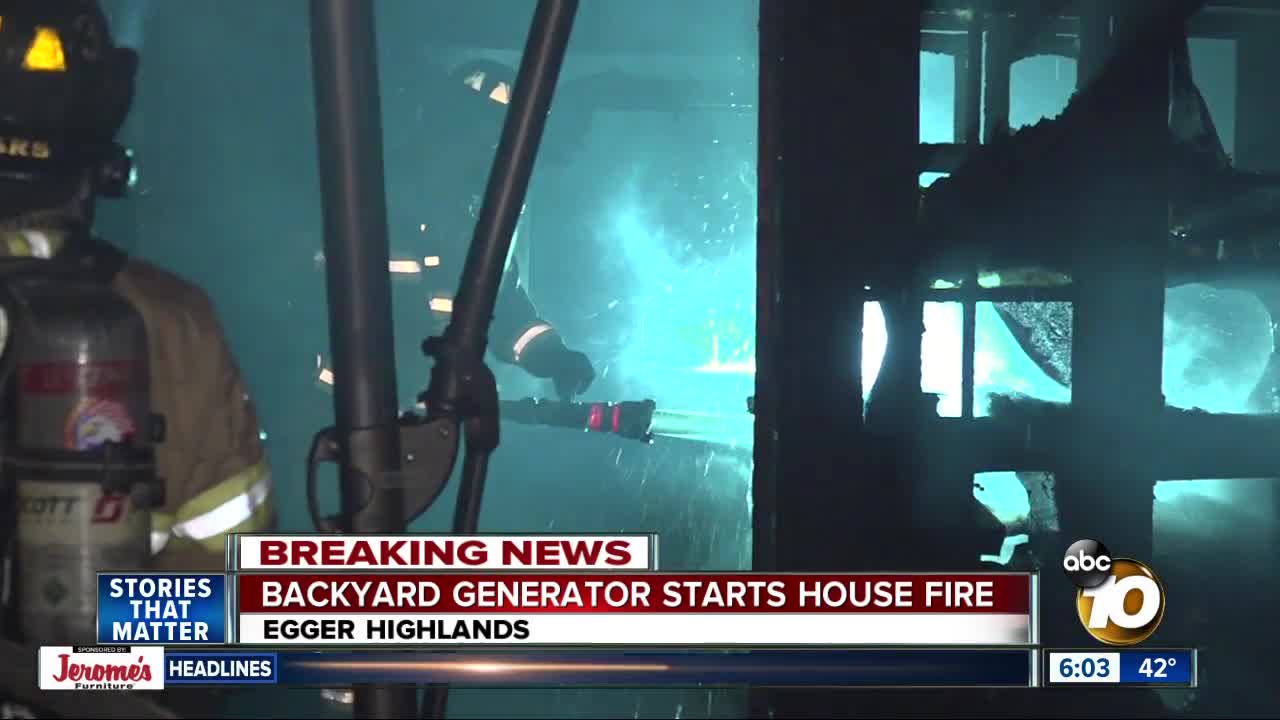 SAN DIEGO (KGTV) -- A fire tore through a South San Diego house Thursday morning, leaving a family without a home less than a week before Christmas.

The fire was reported at around 2:45 a.m. in the 1700 block of Thelborn Way, according to San Diego police.

10News learned the O’Keefe family had been using a generator in the backyard to feed power to the home, and police believe the generator may have sparked the blaze.

The flames quickly spread from the yard to the back of the house, prompting homeowner Mke O'Keefe, his wife, their adult son, their two teen daughters, and their pets to escape.

While the family and pets -- a dog, a cat, a pig and two bunnies -- got out of the home without injury, police said much of the house was completely destroyed. 10News later learned a third bunny did not survive the fire.

O'Keefe added, "It wasn't real big when I went out there, but the fire extinguisher didn't put it out and everything just caught on fire so fast."

Police told 10News the family was using the generator because there was no electricity running at the house. A neighbor suggested that the family may have been going through some rough times.

"I tried to talk to them but they don't want anybody to know," said neighbor Cesar Hernandez.

10News was told that the family lost many, if not all, of their possessions in the fire, including Christmas gifts.

The Red Cross was called to assist the family and their pets with lodging.

The VFW Imperial Beach, where O'Keefe's wife and two daughters volunteer, is taking donations and pet food for the family; anyone willing to donate can stop by the VFW Post 5477 office at 123 Palm Avenue.

A GoFundMe account was also established to help the family as they try to recover from the loss of their home and possessions.

The fire remains under investigation.