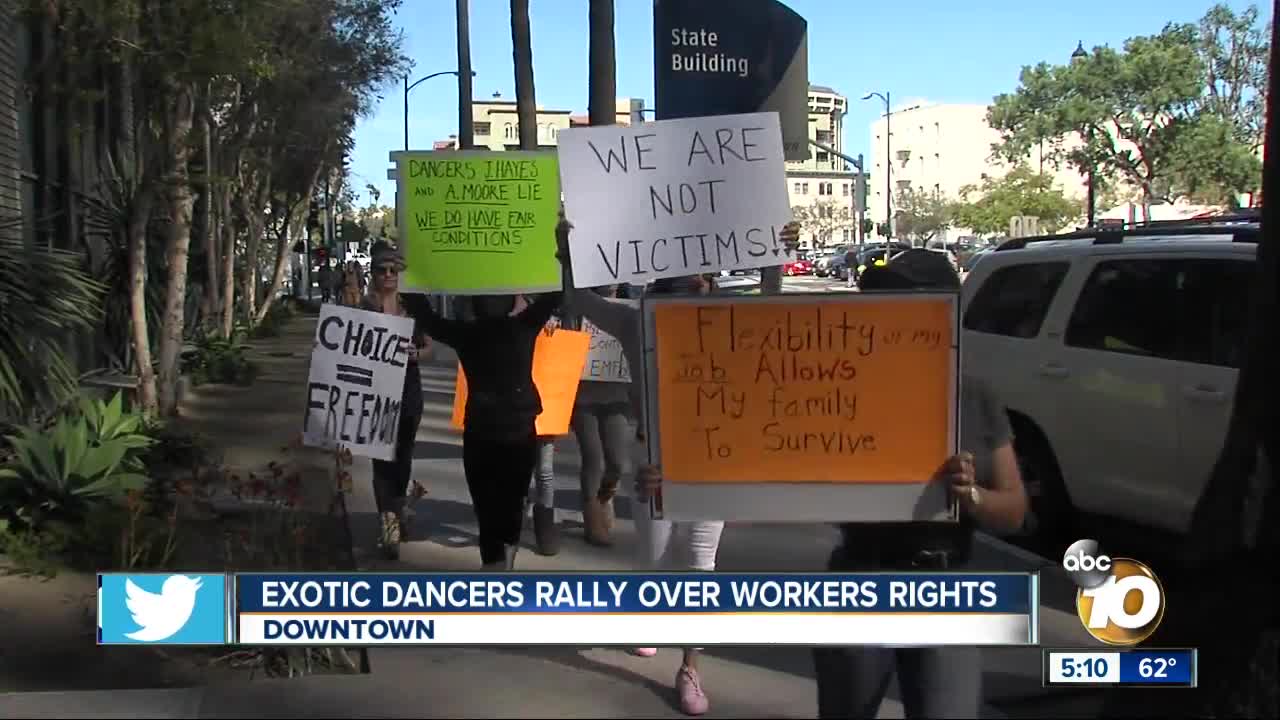 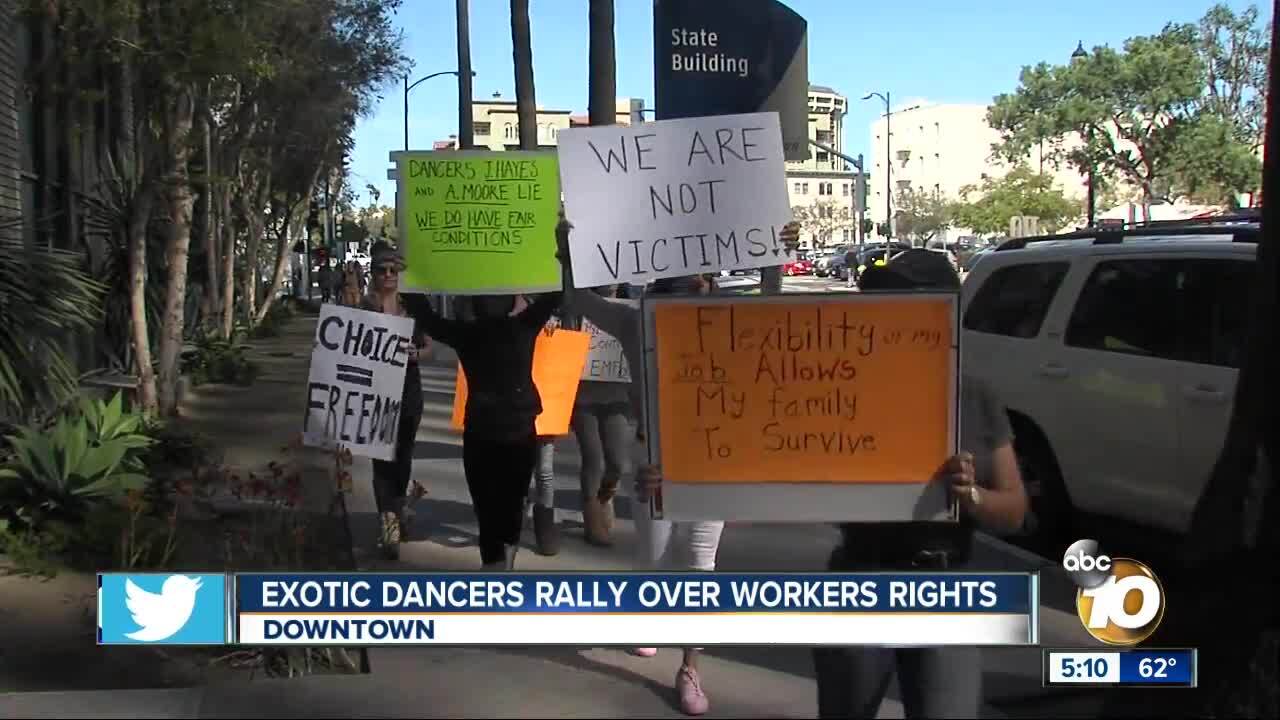 SAN DIEGO (KGTV)- It was a battle over workers rights at a rally downtown Thursday. Assemblywoman Lorena Gonzalez directly addressing the group against her proposed Assembly Bill.

Assembly Bill 5 would affect any independent contractor including Uber and Lyft drivers, yoga teachers even hairdressers.

The group at Thursday’s rally was made up mostly of adult entertainers. “I’ve been doing fine I like the freedom to educate myself and if someone’s going to stop me from that I want to do something about that and voice my opinion," one woman told 10News.

Some say they don’t want it because they prefer the flexibility and freedom to decide hours that comes with independent contracting.