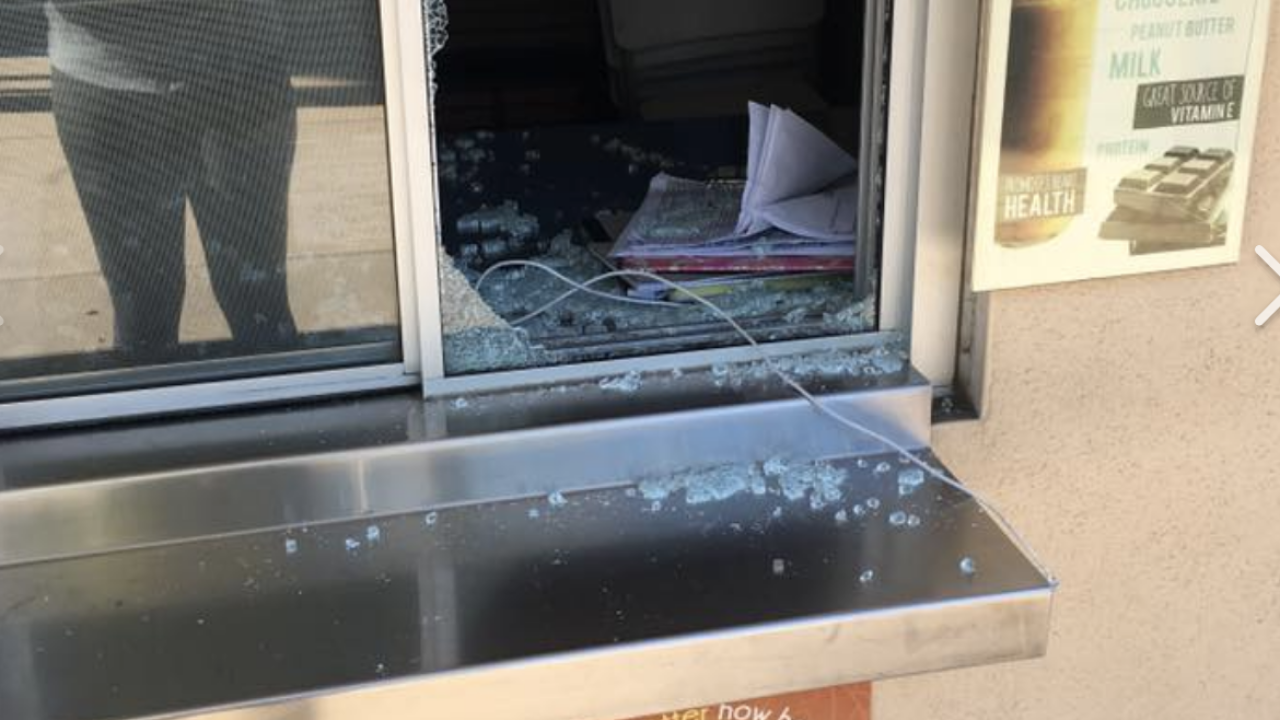 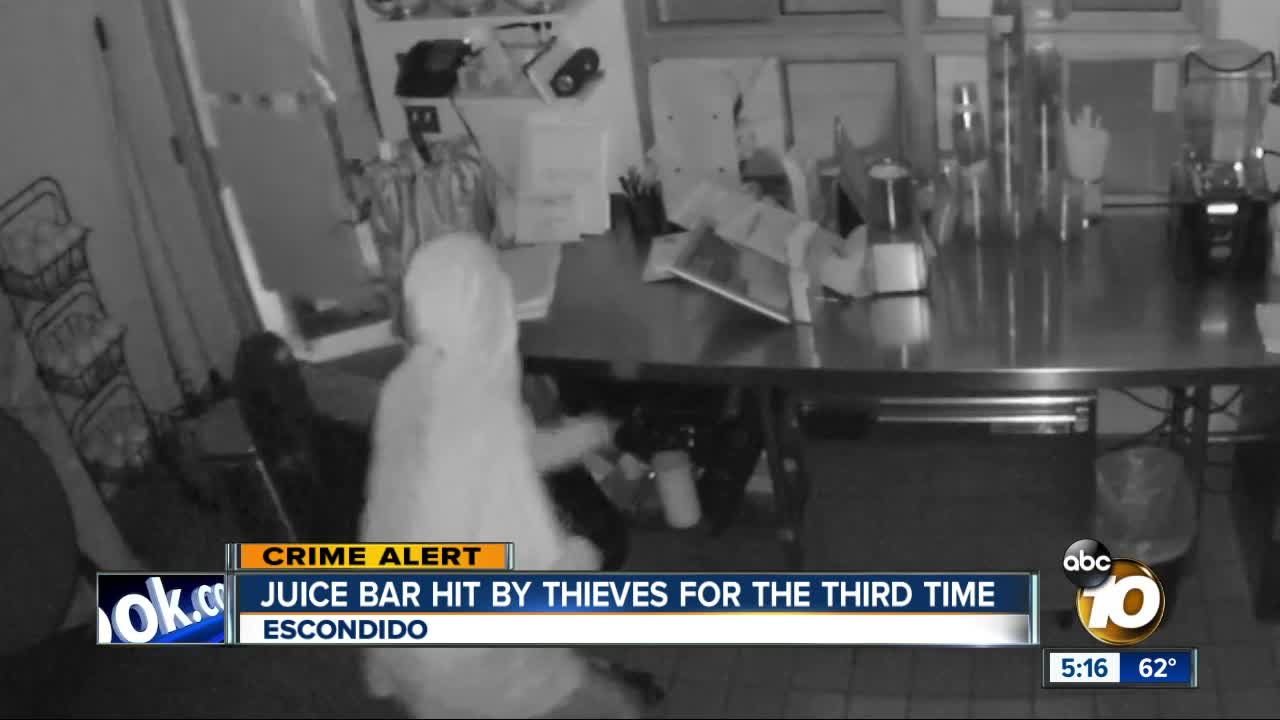 ESCONDIDO, Calif. (KGTV) — The owner of a juice bar says she is "completely disheartened" after her business was targeted by a burglar for the third time in several years.

On Tuesday morning, owner Vianey Delacruz says her sister went to open up when she saw the broken window and trail of glass. Delacruz opened up Get Juiced on S. Escondido Blvd. about four years ago.

"Feeling empty, not just in your pockets but in your heart," said Delacruz.

Among the stolen items: A cash register, iPads, and two tablets, totaling about $2,000.

"Basically took everything of value we need to run our business," said Delacruz.

The pain of the theft is something Delacruz has felt two other times since 2015. In the first break-in, surveillance video showed an intruder in a hoodie picked the lock, before grabbing iPads, tablets and laptops, and a cash register.

In another break-in, two men removed a window screen, then climbed in and took another cash register, iPads and speakers.

It's unknown if any of the burglaries are linked. The total value lost in all the burglaries is more than $10,000. Delacruz does not have insurance for the business, so the loss comes out of her pocket. Now she's wondering if staying open is worth it.

"We like running a business, but you get to a point where you can no longer run it," said Delacruz.

A Gofundme campaign has been set up to help the business.