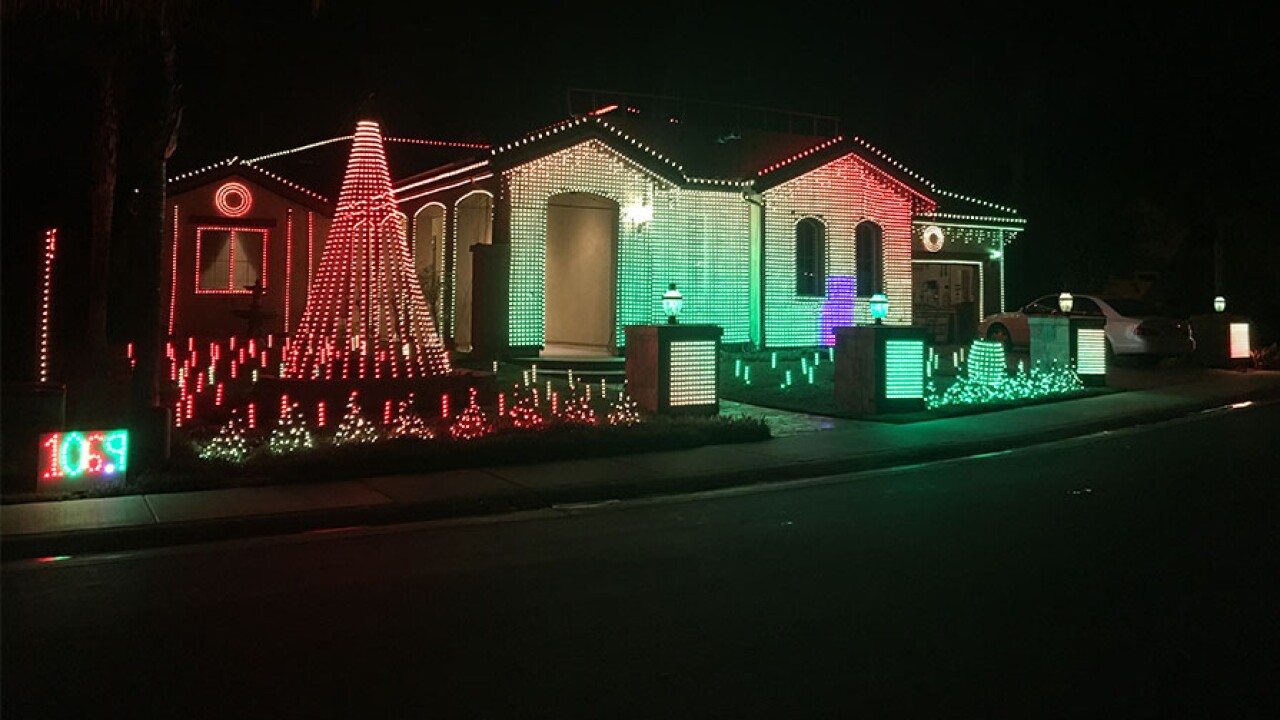 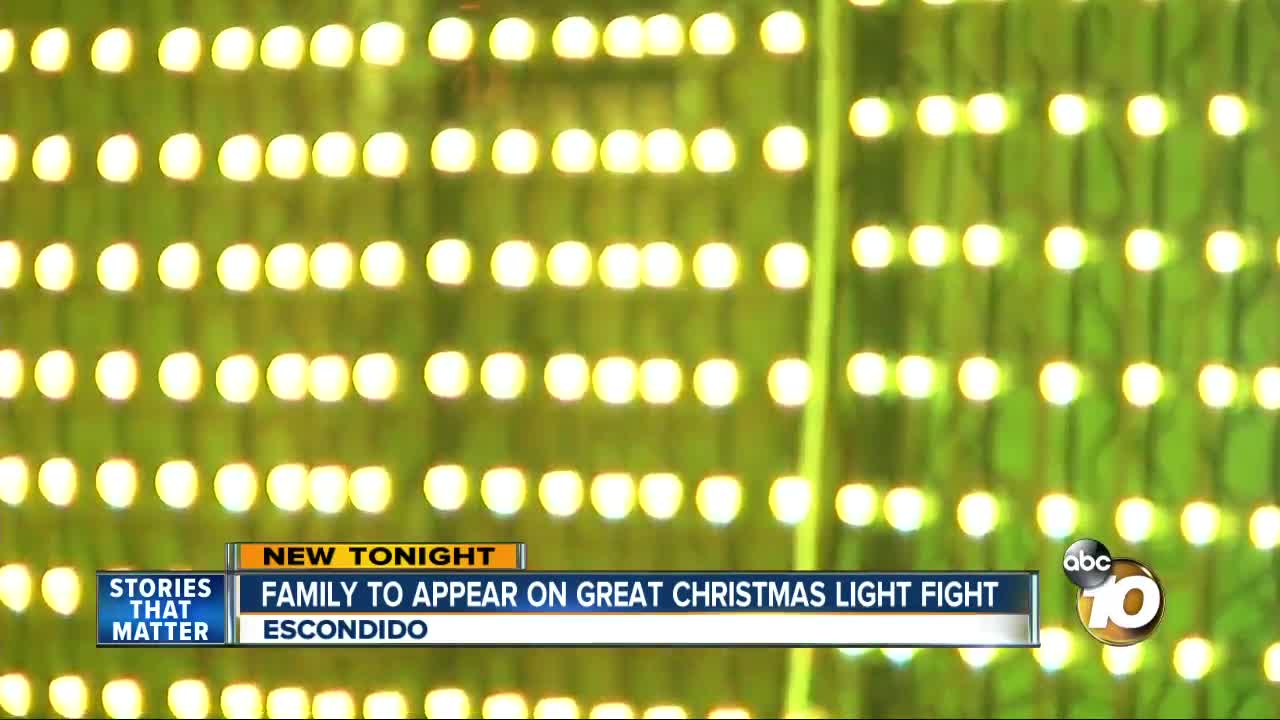 ESCONDIDO, Calif. (KGTV) - An Escondido family’s Christmas light display is going to be on featured on ABC’s "The Great Christmas Light Fight."

The Peace family said they’ve lived at their home on Dundee Glen Drive for seven years and began putting up their elaborate light display for the past five years for family and friends. The show reached out to the family last year.

According to the family, their house is covered in about 36,000 lights. It also has music and special effects, but that’s not what sets it apart.

“What sets our display apart from most of these light shows is it’s not just a musical light show, it has a linear storyline,” David Peace said. “So or kids are the actors and they are on a green screen, and they come in and they save Christmas.”

The Peace family’s home will appear on the Dec. 17 episode of the show on ABC 10.

Their house will go up against other elaborately decorated homes, with the winner getting a $50,000 cash prize.