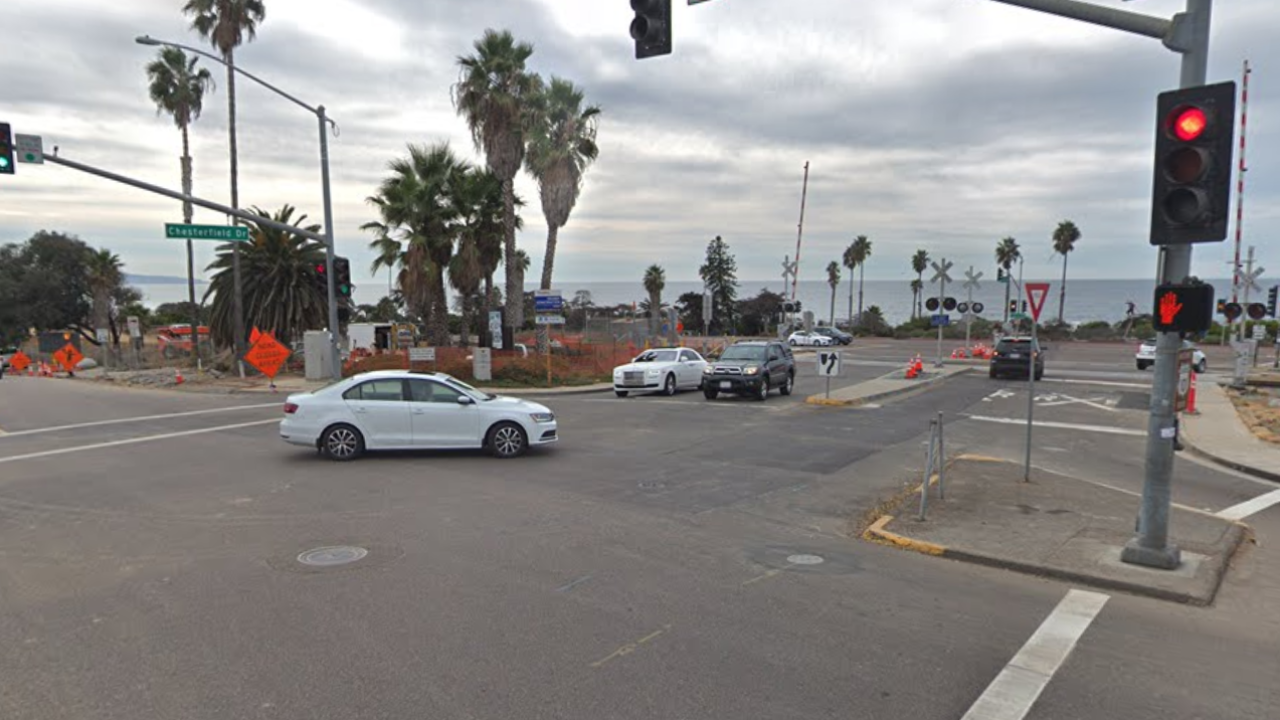 ENCINITAS (CNS) - Construction crews will begin a three-week closure of a section of Chesterfield Drive Wednesday to improve bicycle and pedestrian safety, according to the San Diego Association of Governments.

Chesterfield Drive will be closed to drivers in both the eastbound and westbound directions between Coast Highway 101 and San Elijo Avenue.

According to SANDAG, the closure will extend through Jan. 23 to complete a new bikeway and pedestrian path, an Americans with Disabilities Act-compliant sidewalk and ramps, new traffic signals and new rail crossing equipment such as signals and gates.

The closure is the second phase of improvements to the Chesterfield Drive rail crossing and part of San Diego County's Build NCC (North Coast Corridor) project, a 40-year, $700 million effort to repair and expand vehicle and rail transportation infrastructure around the county. The $6.2 million Chesterfield Drive project and the Build NCC program are funded by TransNet, the county's half-cent sales tax on transportation,

Once completed, the county expects to add 13 miles of new carpool and high-occupancy vehicle freeway lanes, 1 1/2 miles of doubled railroad track, seven miles of bike and pedestrian paths and more than 1,200 acres of restored and preserved coastal habitat land.