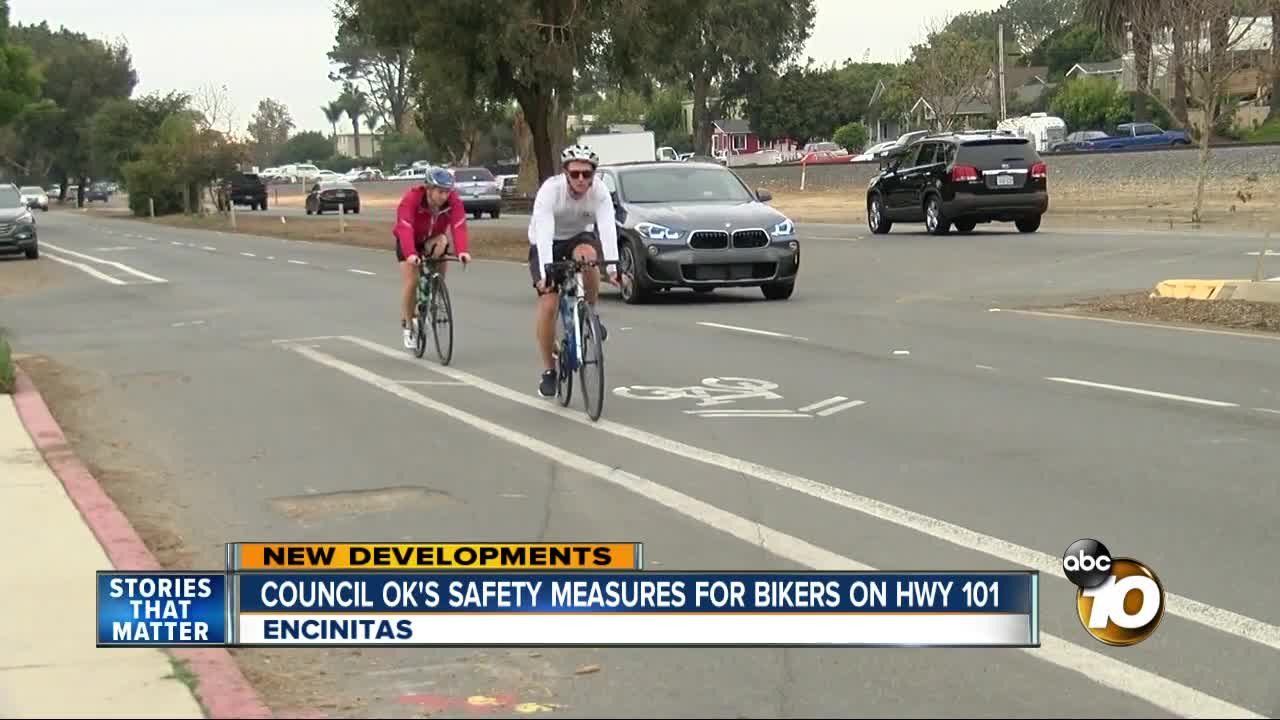 The stretch of the highway has long been a popular spot for cyclists as it weaves along the coast and North County’s beach communities.

On Saturday, Roberta Walker was struck by a truck while riding southbound on the 101 in front of the post office. She sustained multiple injuries and was still in the hospital Wednesday in a coma.

Walker is an avid bicyclist and executive director of Cardiff 101, a local business district. She has also been an advocate of a major infrastructure project known as the Leucadia Streetscape.

Along the 101 in Leucadia, the project would reduce the number of lanes, add round-a-bouts at several intersections and add a southbound bike lane.

While the project has support from the city council, a community group called the Encinitas Residents Coalition has sued to block the project.

In the wake of the crash that sent Walker to the hospital, they issued a statement to 10News saying, in part: “Members of the Encinitas Residents Coalition share the community’s sadness regarding the bicyclist who was injured in a truck-bicycle accident on Highway 101. We sincerely hope she has a speedy and complete recovery.”

But they added they still oppose the streetscape project, writing: “Rather than clogging Highway 101 by dividing it into restricted lanes, it would be faster, easier, less expensive, and much safer to immediately install the proposed rail trail in the railroad right of way, as is being done right now in Cardiff.”

The crash has put renewed pressure on the city council to work quickly on a solution.

At Wednesday’s meeting, the council unanimously passed a motion to direct city staff to come up with an interim plan to make the road safer for bicyclists. The plan is limited by cost and jurisdictional authority, but could include changes such as a temporary dedicated bike lane, a reduction of the speed limit, increased law enforcement presence and educational videos.

The city council asked that the plan be presented in January 2019, with implementation as early as February.

Construction on the multi-million dollar Leucadia streetscape project isn’t scheduled to begin until the fall of 2019 at the earliest.