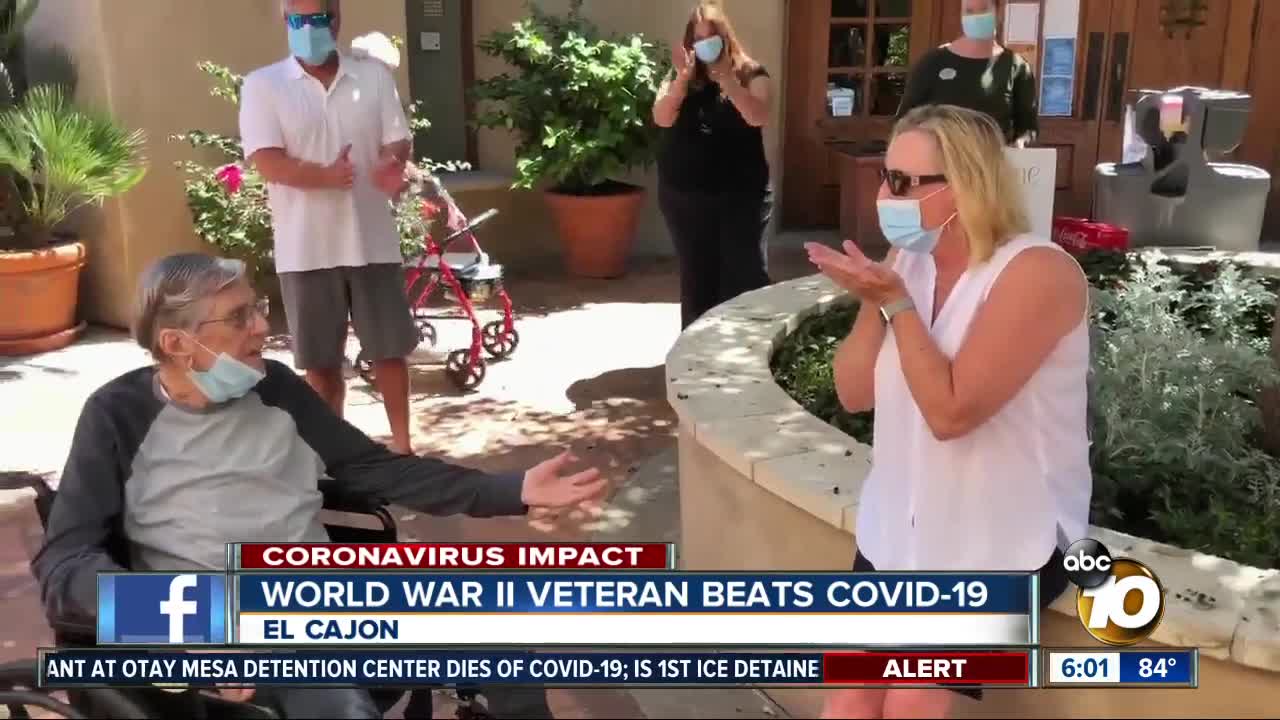 Ben Pack, 94, from El Cajon has crushed the odds more than once in his near-century on this earth. 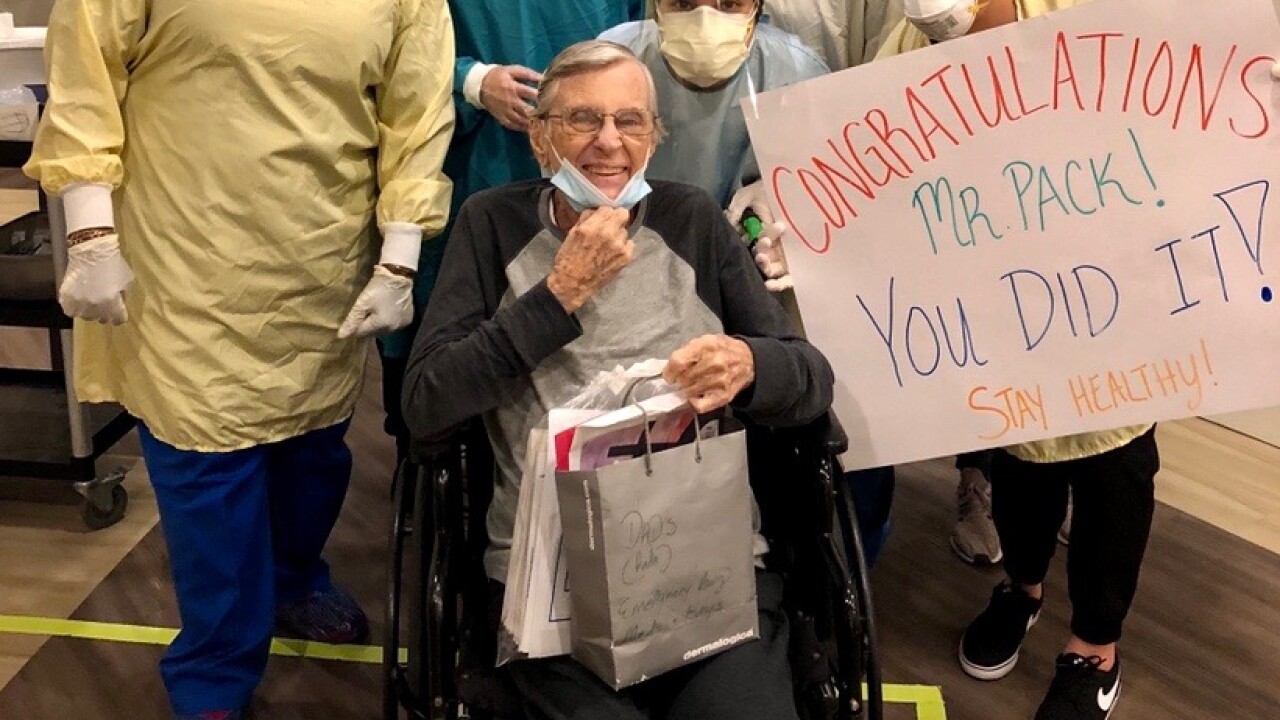 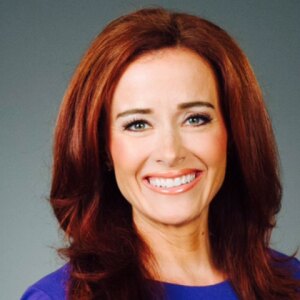 SAN DIEGO (KGTV) — Ben Pack joins the ranks as one of the oldest known survivors to beat COVID-19.

The 94-year-old from El Cajon has crushed the odds more than once in his near-century on this earth. As a World War II survivor he's lived through The Great Depression, tuberculosis, cancer, heart disease and a list of other ailments.

On Wednesday, he was released from the ICU after a month-long battle with COVID-19.

His grandchildren and daughter surprised him with a socially-distanced welcome home gathering outside at his care facility where he has lived in the independent homes. The family made signs that read "Welcome Home G-POP."

He said COVID-19 brought him to his knees, he even said his goodbyes to his daughter.

"He was on the phone with me and he said this is it, it is taking me, and then the phone dropped and I didn't hear anything until the nurses came in. And from there it's history. He made a turnaround and he's my hero. He is a fighter,' said Lisa Hoover.

On Wednesday, Hoover blew her dad kisses from afar, and when he reached for her she told him she couldn't hug him but loved him.
"It was hard because I just wanted to grab him but he saw my eyes and saw my love and understood," Hoover said.

Pack met his wife when he was quarantined for tuberculosis when he was 21. The two communicated by letter hand delivered by nurses. They met through a glass wall and married after being released from a two-year quarantine.

Pack says the real heroes are the men and women who saved his life. The doctors and nurses who never gave up on him and stood by his side in his darkest days when family was not allowed.

"This is a story of hope and inspiration for people who are really struggling with COVID-19 right now," Hoover said. "I think he is the light that people really need right now."