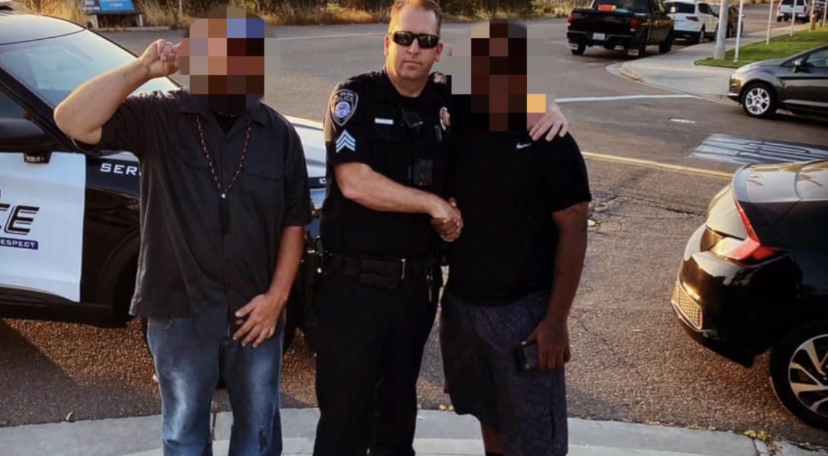 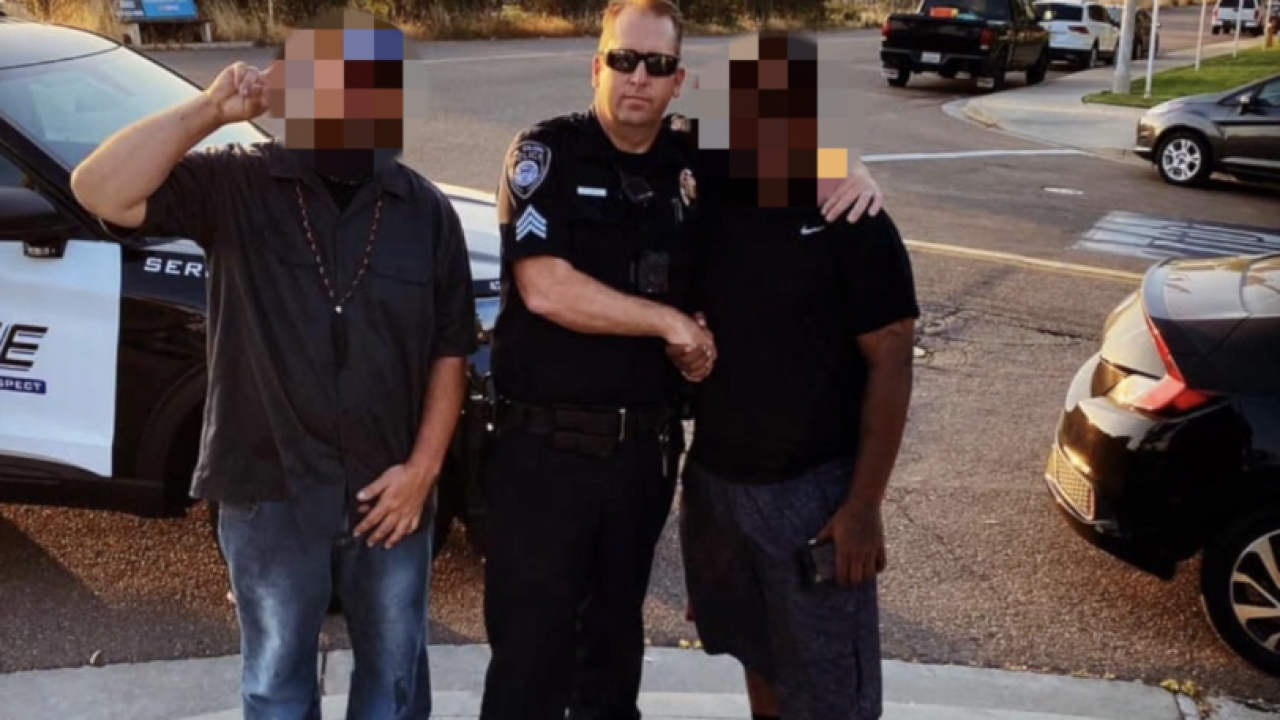 Sgt. Mike Murphy was on patrol around 2 a.m. when he got a radio call reporting people in dark clothing tagging along Heart Drive.

"Saw three males with dark clothing. Hit them with a spotlight and told them to have a seat, which they all did," said Sgt. Murphy.

Two other patrol officers were called to the scene. The three men in their late 20s had spray paint under their nails, with fresh paint on the sidewalk and the wall of a business. Sgt. Murphy decided to take a closer look.

"I saw messages, not of hate, but of peace and love ... the peace sign and 'BLM.' Just had a discussion. 'You're not trying to say anything mean or hateful. Why did you choose a wall?' I understand the frustration of everything going on. Talked about, if this happened to their house, would they be upset? They apologized, and all agreed the avenue they chose was a wrong one. And they came up with, 'What if we fix this?' I said, 'I'd like to help you with that,'" said Sgt. Murphy.

Sgt. Murphy, who says he had enough to make an arrest, decided to let them go and asked them meet at the same location that same evening, where he would help them clean up.

"Having them arrested, how is that going to help the message they're trying to put out? The vandalism would still be on the wall," said Murphy.

At 7 p.m. Wednesday, the three men showed up with paint and rollers. Together with Sgt. Murphy, they painted over the graffiti.

"These men were true to their word. What better way to show not just how the department treats its citizens, but how the citizens treat our city. We all make mistakes, and sometimes we have to be given the opportunity to come back from a mistake," said Sgt. Murphy.

The three men have decided to they will create a plywood art installation. Sgt. Murphy has promised to help them find a venue.