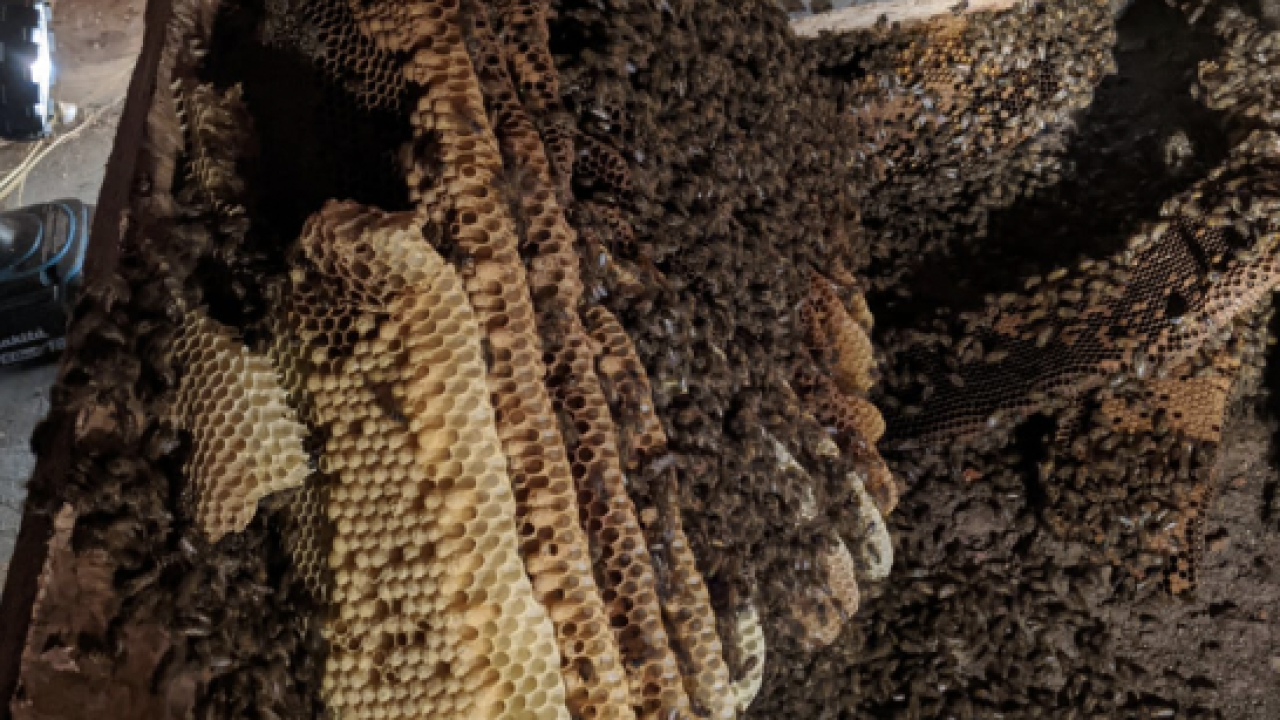 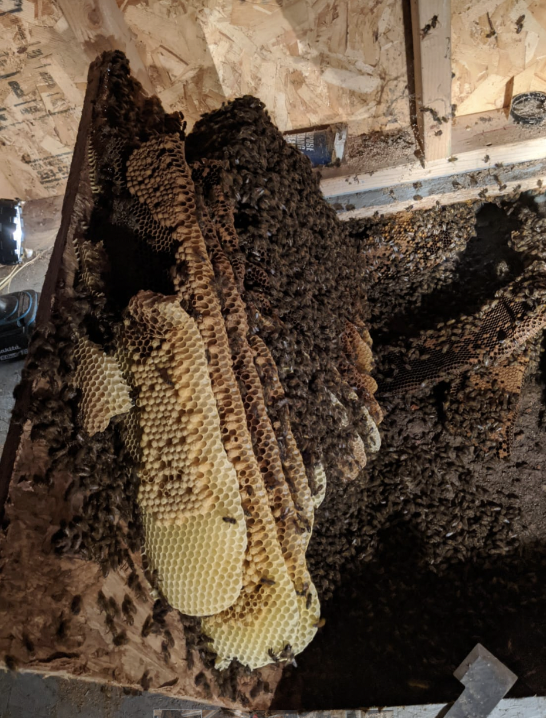 EL CAJON, Calif. (KGTV) - An El Cajon homeowner knew he had a bee problem but never expected the "massive" hive discovered in his backyard.

He first noticed a few bees about two years ago in the back yard of his home on Primrose Drive.

"The bees were coming in and out of a small hole at the bottom of my shed," said Herbert.

The vent hole is one of several that led to open spaces under his shed. Last winter, the bees seemed to go away, but they were back in the summer. Herbert was stung once while mowing the lawn.

"There were 20 to 30 bees buzzing outside at any time," said Herbert.

Herbert had plans for some entertaining in the near future, so last week he hired Bee Nice Wildlife Management. They peeled back the wood flooring in one corner of the shed and discovered a 30-inch long, 70-pound hive, home to between 100,000 and 150,000 honey bees.

"I had no idea the scope of what was under there. It was massive and amazing. The bee guy said we were lucky, the bees were getting set to expand the hive," said Herbert.

As the local bee season gets underway, Herbert calls that possibility mind-boggling. While honeybees are generally not aggressive, they can still be dangerous.

The bee removal company was able to relocate the hive and the bees. They say the size of the hive is not an indication of what may lie ahead. Because it's been a slightly above average rainfall, the region is likely in store for a typical bee season.