Eight cars wrecked by one pothole in Mission Bay 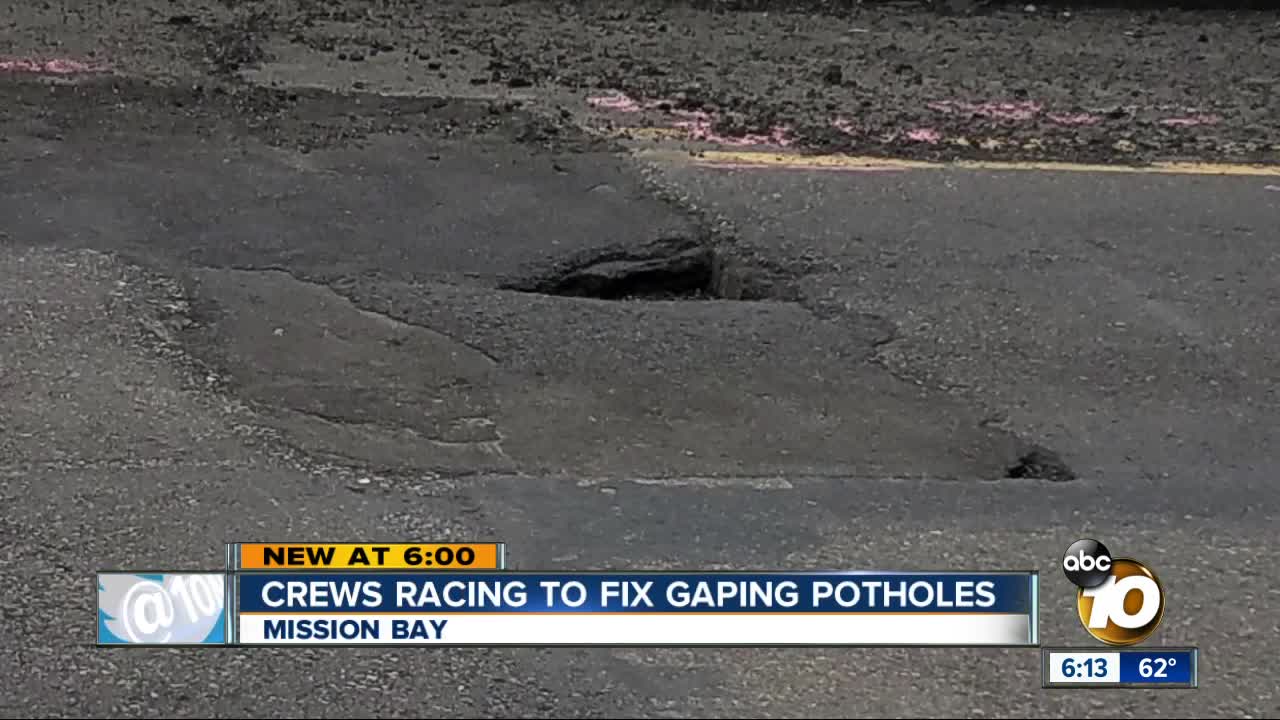 One pothole was enough to create a bumpy situation for at least eight drivers in Mission Bay Wednesday. SAN DIEGO (KGTV) - One pothole was enough to create a bumpy situation for at least eight drivers in Mission Bay Wednesday.

10News was on hand as car after car hit the pothole on Ingraham Street near SeaWorld.

“It was very scary. All the lights started dinging, the car shut down, everything,” said Dotty Doherty. She didn’t see the pothole before she hit it.

“I was on the phone with my sister in Atlanta. And she was like, ‘Oh my God what happened!’ And I said, I don't know, something in the road,” said Doherty.

John Lightfoot hit the same bad patch of road. He said the pothole formed after he drove over the same spot Tuesday.

“Hit that thing. And my rim in the back dented and all the air came out,” said Lightfoot.

Doherty and Lightfoot estimate the pothole disabled at least six other cars. They were impressed at how quickly City of San Diego crews responded. The pothole was repaired before the damaged cars were towed.

The city has received more than 1,260 pothole reports on its Get It Done app in the last 30 days. About 600 potholes have yet to be filled.