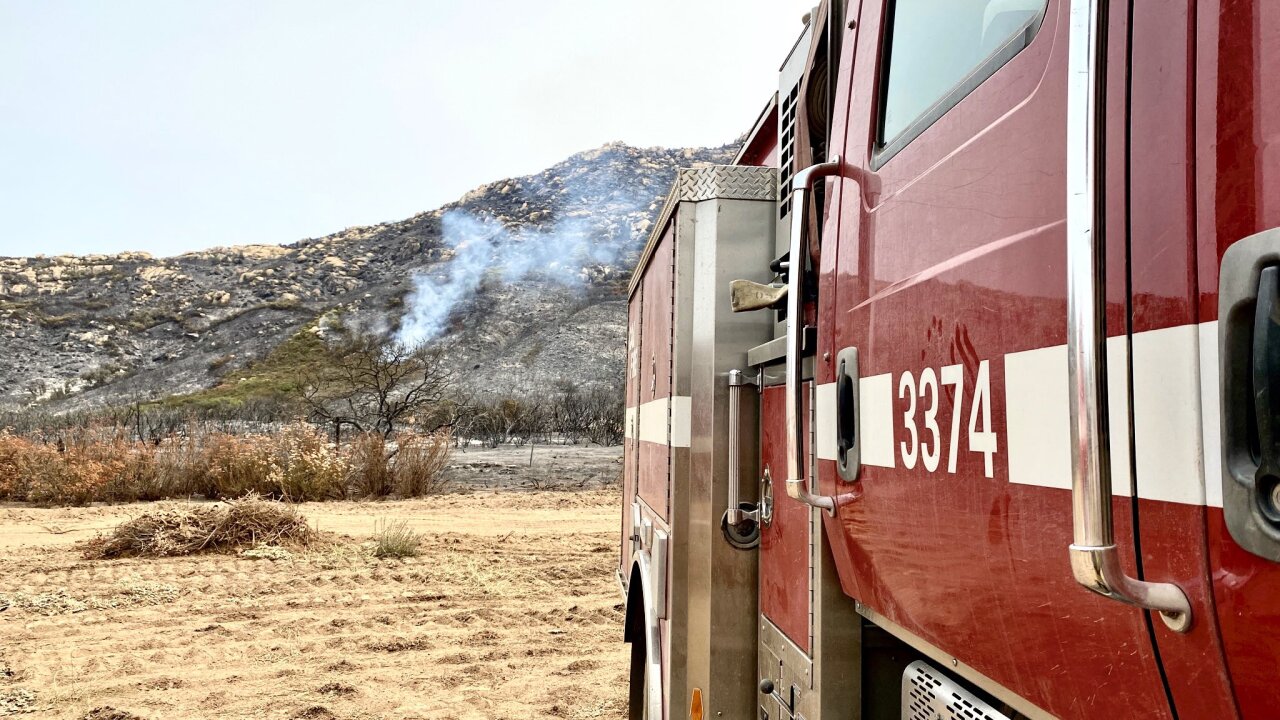 "Fire activity was minimal overnight as firefighters continue to mop up hot spots and secure the fire perimeter," according to a U.S. Forest Service news statement. "Structure defense remains a priority for values at risk. Every day the fire stays within its current perimeter, the threat to the adjacent communities continues to diminish. High pressure over Southern California will result in a warming trend into the middle of the week."

The Valley fire, southeast of Alpine, has destroyed 30 residences and 31 outbuildings, damaged 11 other structures and injured three firefighters.

RELATED: Resource event gets Valley Fire victims back on their feet

Fire activity was limited Saturday as firefighters continued to mop up hot spots and secure the fire perimeter, officials said. A high-pressure system was expected to keep temperatures high through the rest of the weekend.

Saturday morning, the county announced the reopening of the Lake Morena and Potrero campgrounds that had been closed during the evacuation orders. Campsites were available to book at http://reservations.sdparks.org.

However, the Cleveland National Forest remained closed to the public until further notice "to protect natural resources and provide for the safety of the public and firefighters," Cal Fire advised.

"This closure will stay in place until conditions improve and we are confident that national forest visitors can recreate safely," officials with the state agency said.

The agency cautioned those returning to the fire-ravaged area to "use extreme caution around trees, power poles and other tall objects or structures that may have been weakened" by the blaze.

The San Diego County Sheriff's Department was increasing its patrols in the area to ensure public safety and prevent looting.

Officials advised that motorists in the area could face traffic disruptions due to the continued presence of firefighters, law enforcement personnel and utility workers still in the area.

Due to smoke drifting over much of the San Diego region, the county Pollution Control District advised that the air quality might be unhealthy in some local communities and advised people to limit outdoor activities until conditions improve.

Gov. Gavin Newsom declared a state of emergency for San Diego County on Sunday Sept. 6 due to the Valley Fire, a move intended to free up federal relief funds.