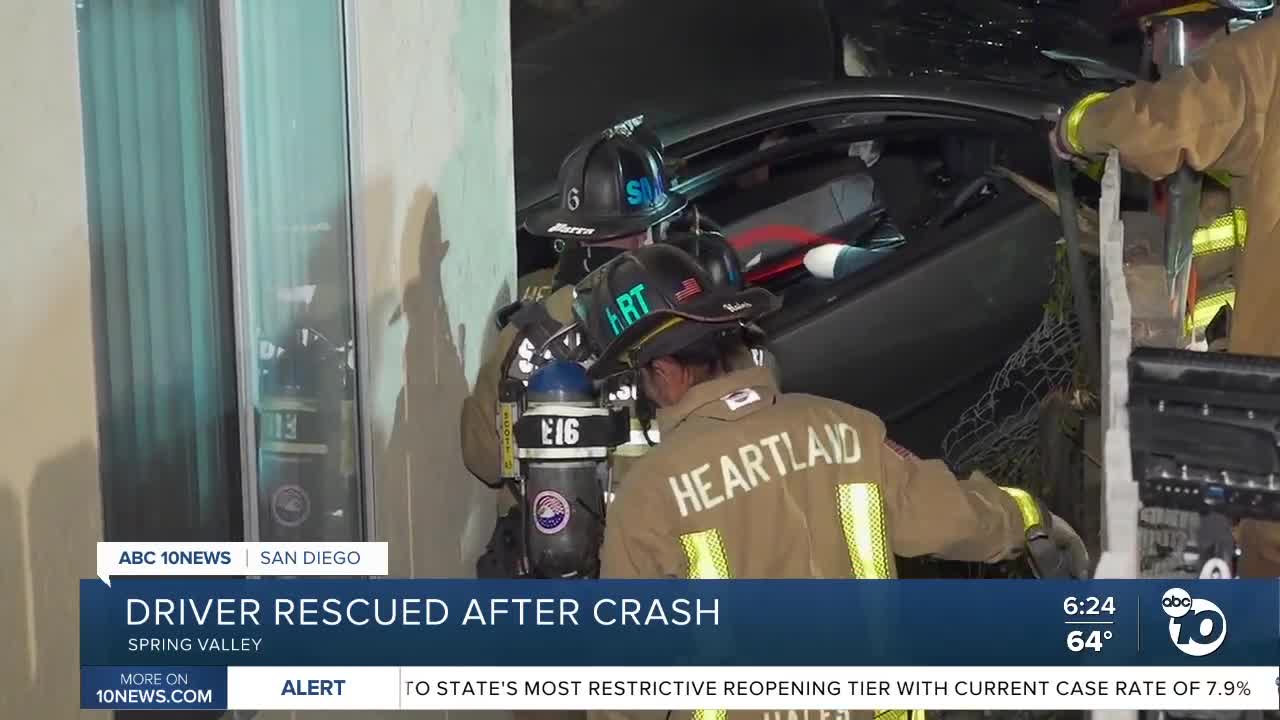 SPRING VALLEY (KGTV) -- A driver is recovering in the hospital after being rescued from his car Wednesday night.

According to California Highway Patrol, the man crashed his car around 10:15 p.m. on Sandy Bev Lane.

Deputies say the car sheared a power pole before taking out several fences and almost hitting a house.

The victim was taken to the hospital with major injuries. No other cars were involved.

CHP is investigating what caused the driver to lose control.