Town hits the market: Campo up for grabs to highest bidder 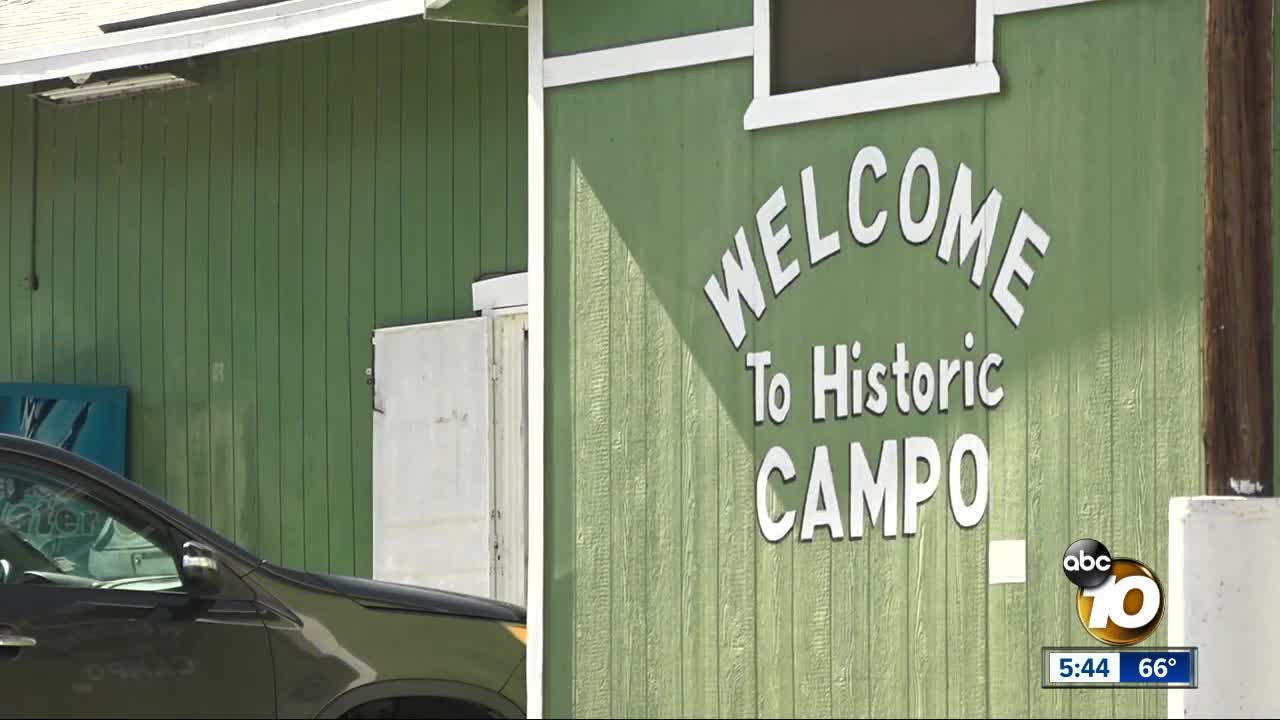 East County's Campo is up for grabs to the highest bidder.

SAN DIEGO (KGTV) — About an hour east of San Diego is a town with few people and a lot of history.

"In 1880 you'd be getting run over by wagons sitting right here in this little route," Larry Johnson, president of the Mountain Empire Historical Society, says standing on a road in Campo. "I initially came here in 1956."

And like many others they come here for a reason.

"We found out the owner was selling all 3 parcels, maybe he won it in a card game!" Marks jokes.

While we can't verify that, the current owner of Campo is a Las Vegas investor. He's looking to sell but hasn't named a price.

The sale encompasses 28 residential units and seven commercial properties. About 100 to 150 people live in the listing area and about 3,000 are scattered across the whole town.

"My reaction is if he sells it I hope we get someone who wants to put something in this community," Marks says.

"Personally I don't want big housing developments, I'm not for that," Johnson adds.

But it wasn't too long ago the town was looking for another buyer in 1999. Since then, things have largely remained the same.

"We like it country, we like to have a few new people join us and keep population increasing a little," Johnson says.

But residents of Campo want potential buyers to know this is: "It's awesome. I love it out here," Marks said.