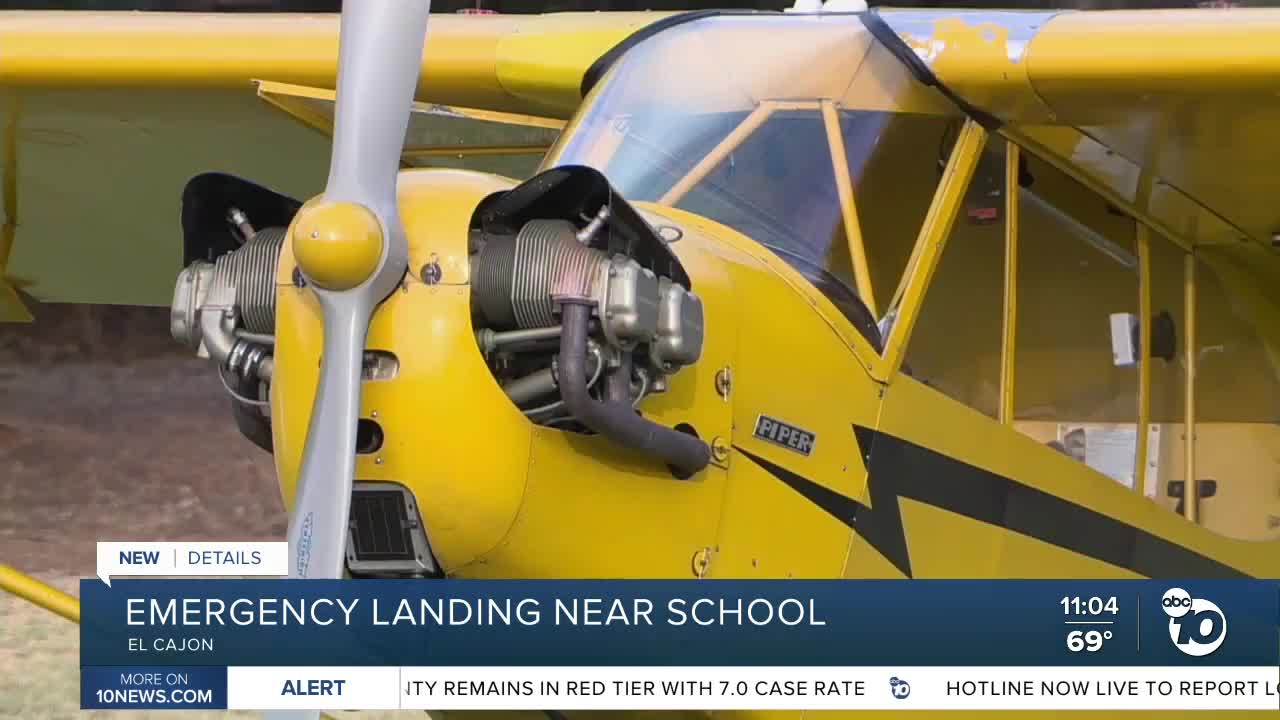 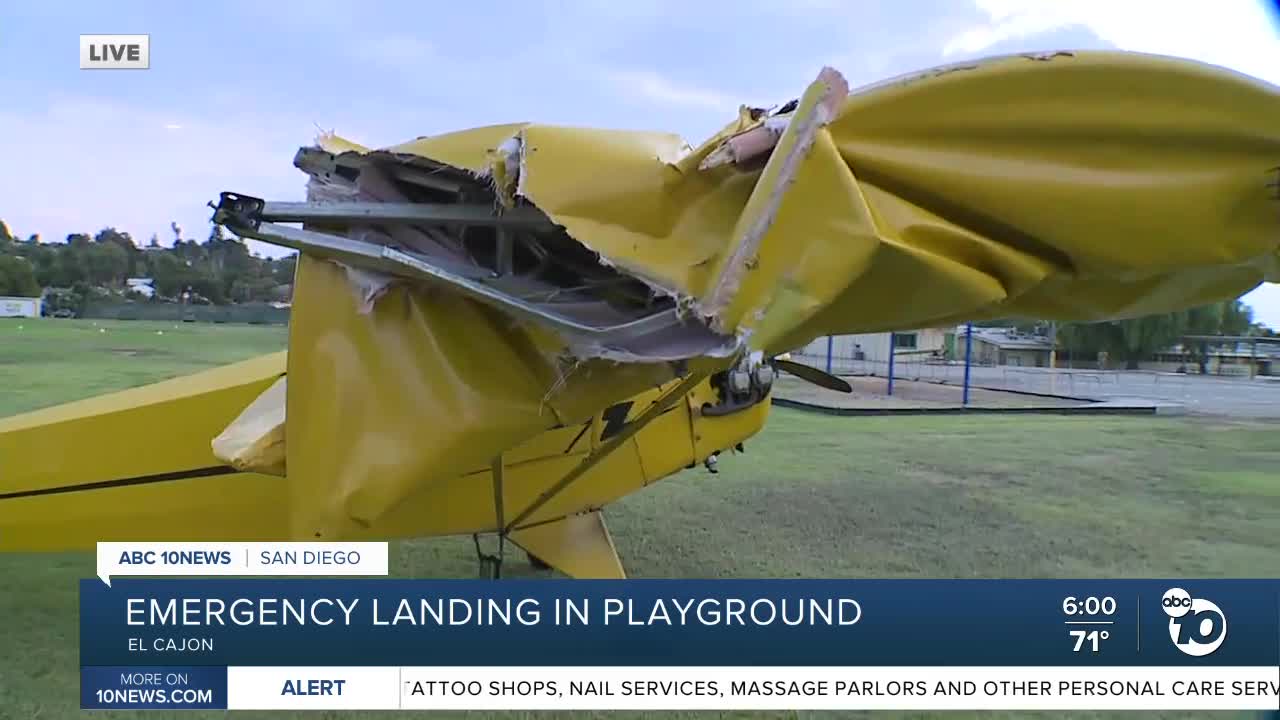 EL CAJON, Calif. (KGTV) - The pilot of a small plane made an emergency landing at a field and playground next to W. D. Hall Elementary School in El Cajon.

The pilot says he took from Gillespie Field for a practice flight and was headed back to Gillespie for a landing when he ran out of fuel. He says his engine stopped, and he had to look for a place to land. He was able to glide onto the field safely.

The plane hit a fence on the way down causing damage to a wing.

The pilot says he has been flying for decades.