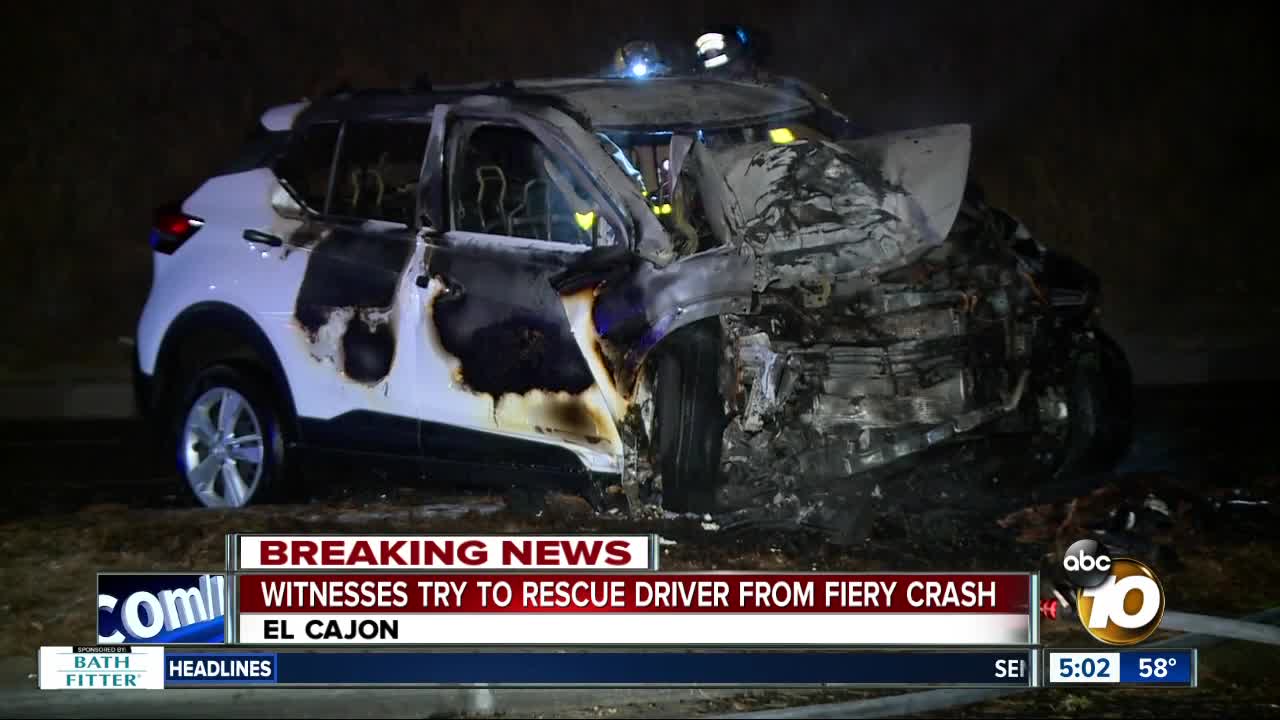 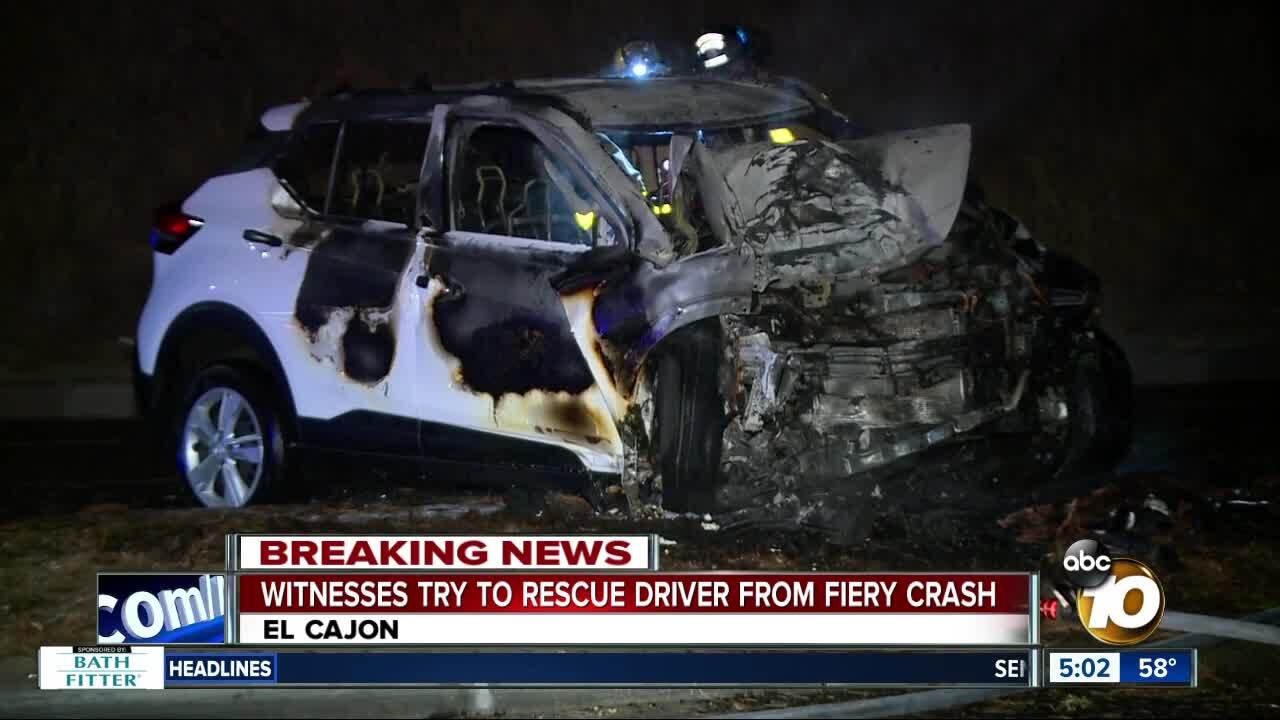 The crash was reported at around 2:20 a.m. Friday by witnesses traveling to nearby pharmacy on Fletcher Parkway near Navajo Road.

The witnesses, a woman and her young daughter, called 9-1-1 after discovering a wrecked white SUV fully engulfed in flames.

According to El Cajon Police, the driver was heading westbound on Fletcher Parkway when they stuck a tree. The SUV immediately caught fire.

The woman and other good Samaritans tried to pull the driver out of the burning vehicle.

Crews arrived and also tried to rescue the trapped motorist but the victim died in the blaze.

No information about the victim has been released at this time.

Both directions of Fletcher Parkway near Navajo Road were closed as of 6 a.m. while officials continue their investigation.