Lakeside woman sets up 'Goodies to Share' cabinet for homeless 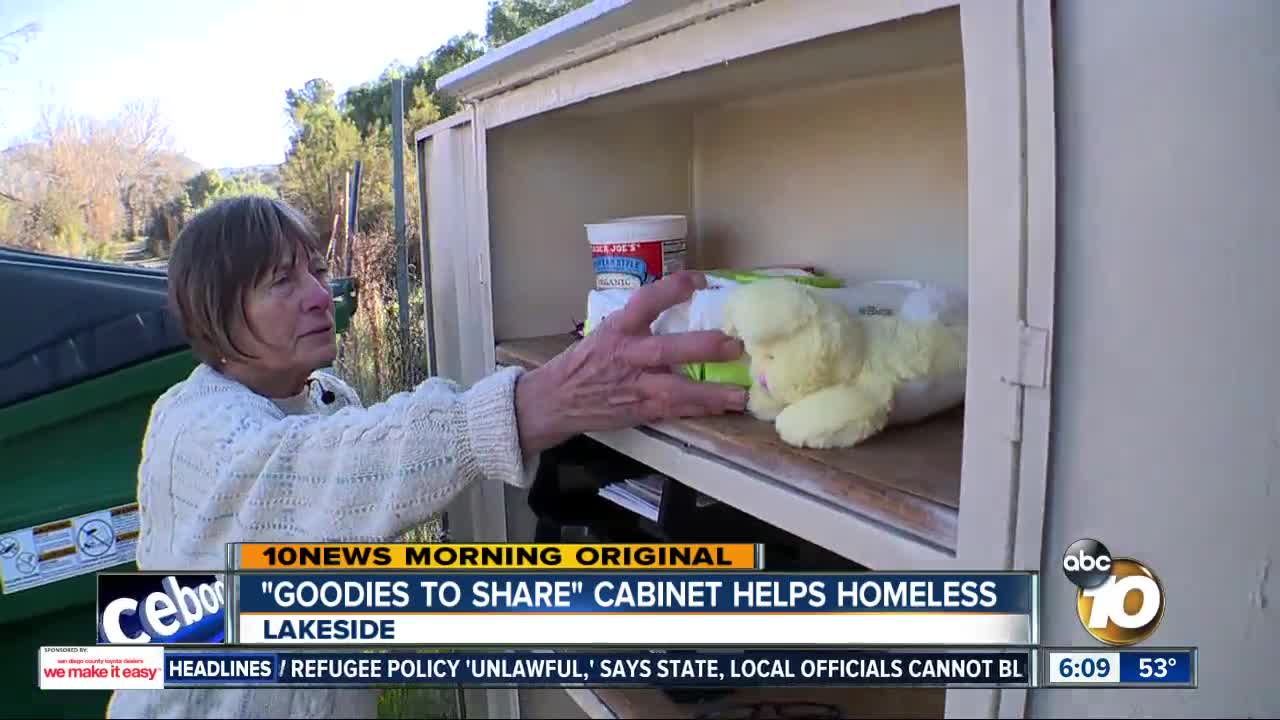 A woman in Lakeside says she got tired of waiting for the government to help the homeless, so she took action. Barbara DeYoung set up a cabinet full of "Goodies to Share" for people without homes to get some of life's comforts. 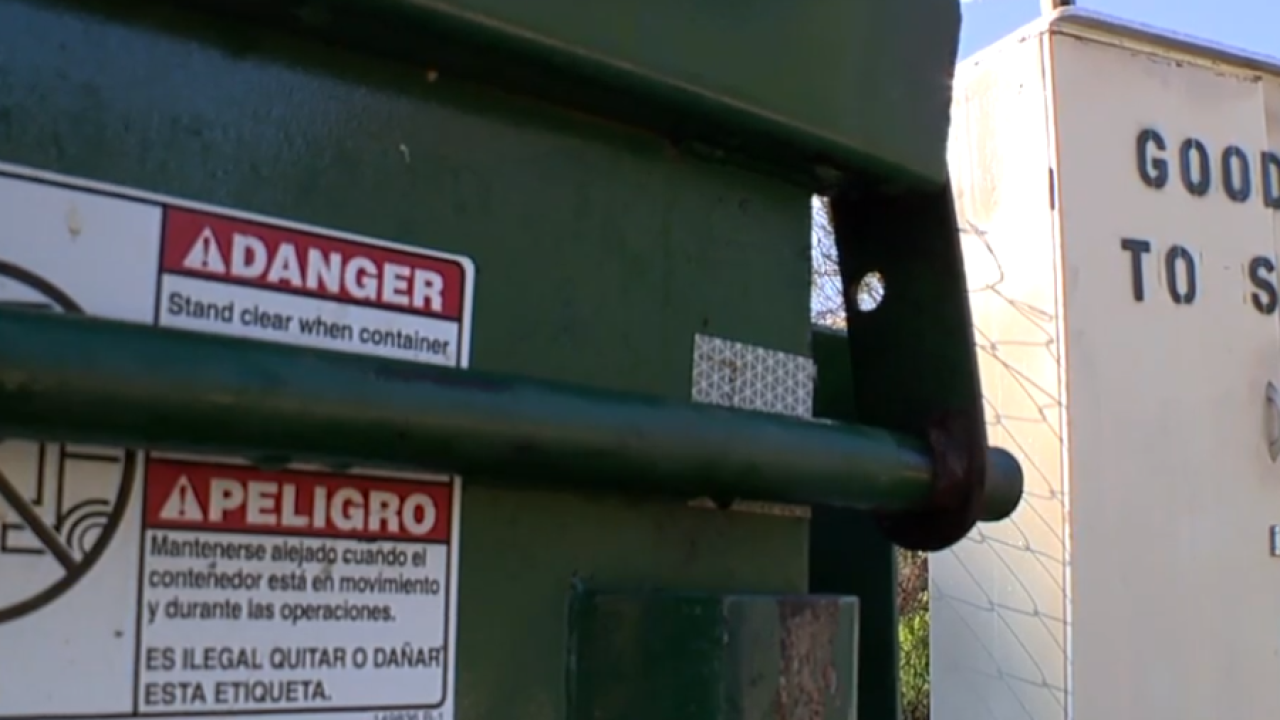 LAKESIDE, Calif. (KGTV) - A woman in Lakeside has set up a cabinet full of "Goodies to Share" for homeless people living near Cactus Park.

Barbara DeYoung says she got the idea from the "Little Free Libraries" she sees in her neighbors' yards.

"You just go very freely and get something. It's just people sharing with you," she says. "It's a very nice feeling, and I thought for sure they would love that."

She set up the cabinet near the San Vincente Creek that runs behind Cactus Park, an area where several homeless people have set up encampments.

"I felt these are wonderful human beings. But they have problems. They have situations they can't control," DeYoung explains. "But they can read a book in the evening. They can play games, whatever they need to do."

Rather than filling the cabinet with food, DeYoung stocks it with comfort items like books, blankets, wipes, playing cards, and other things that aren't usually available to homeless people at shelters or service offices.

DeYoung says it's about feeding their souls and showing them respect and love, rather than just handing them food.

The cabinet has already become a hit. DeYoung had to restock it just a few days after she first set it up. And just a few minutes after she refilled the cabinet, our cameras caught a man coming up from the creek bed to grab some wipes out of it.

He asked not to be identified but says it feels good to know that people care.

Meanwhile, DeYoung doesn't believe it will attract more homeless people to the area, but it will make life more bearable for the ones already there.

"I don't think boxes of raisins are going to bring armies of people here," she says. "But the people that are here, I think they could have a little respect from us. A little love, a little care."