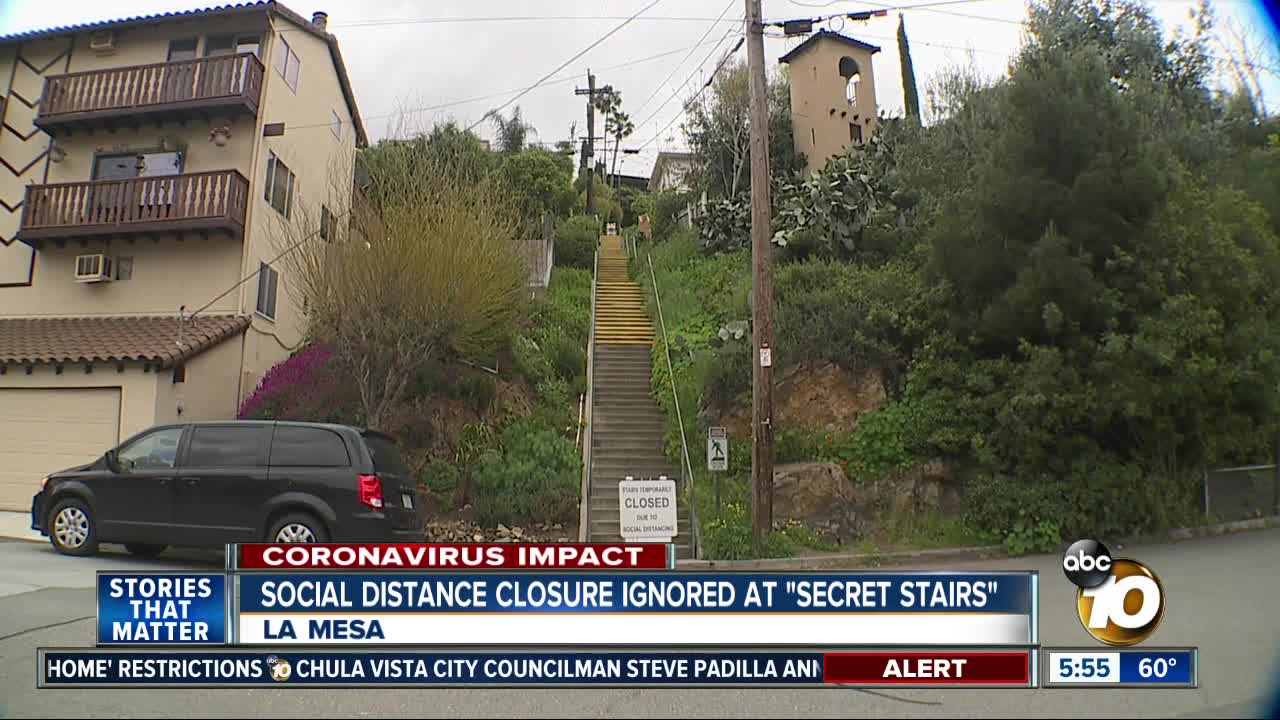 The attraction near Windsor Drive is widely used as a community trail and exercise route, but the La Mesa City Manager’s Office ordered the closure of the narrow steps on March 24 after it became virtually impossible for visitors to follow social distancing guidelines.

However, residents like Brandi Cardoza said many people are still ignoring the warning signs.

“With the virus spreading as fast as it is, you just never know. So, it's always better to just take precautions and be safe follow the rules because if you don't, then you're going to have other people thinking it's okay too, and that's not right,” Cardoza told 10News.

Anyone who removes the sign to use the stairs can face a misdemeanor charge, a fine of up to $1,000, or 90 days in jail.

If rampant use continues, city officials may put up chains or caution tape to block the stairs off completely.