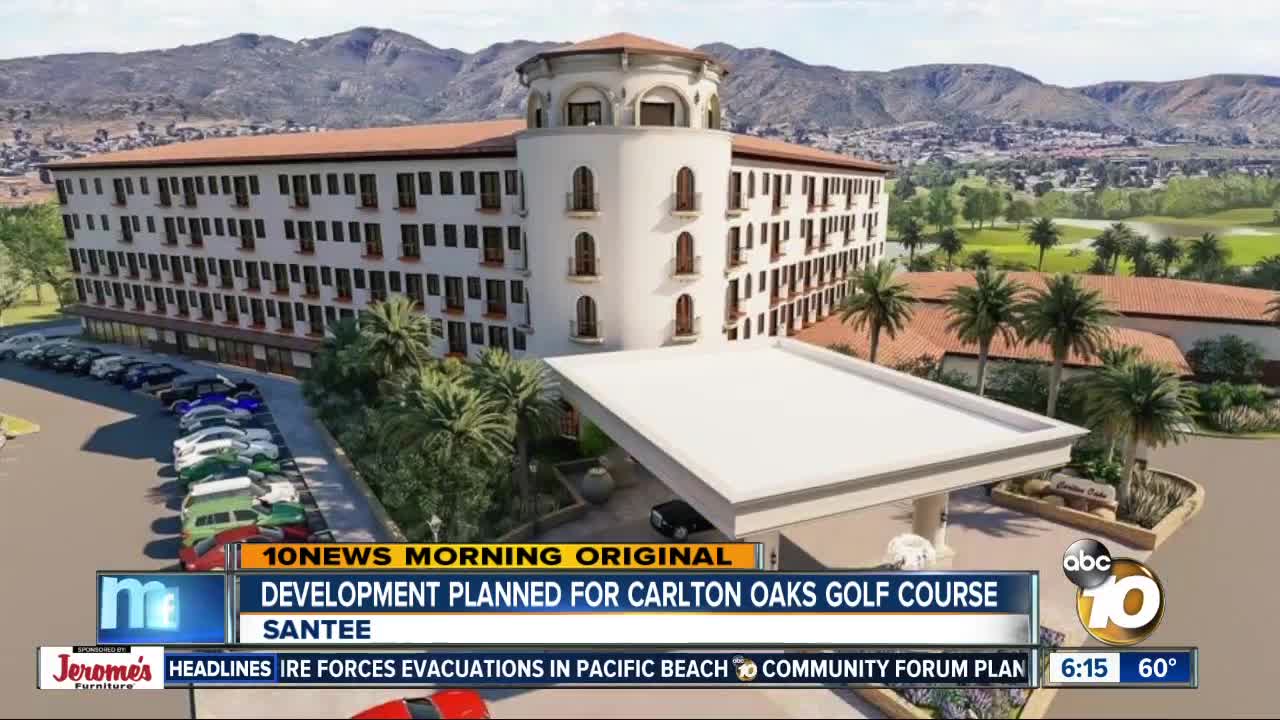 A proposed development around the Carlton Oaks Country Club has neighbors fighting back, saying the project would bring a host of problems to the area. 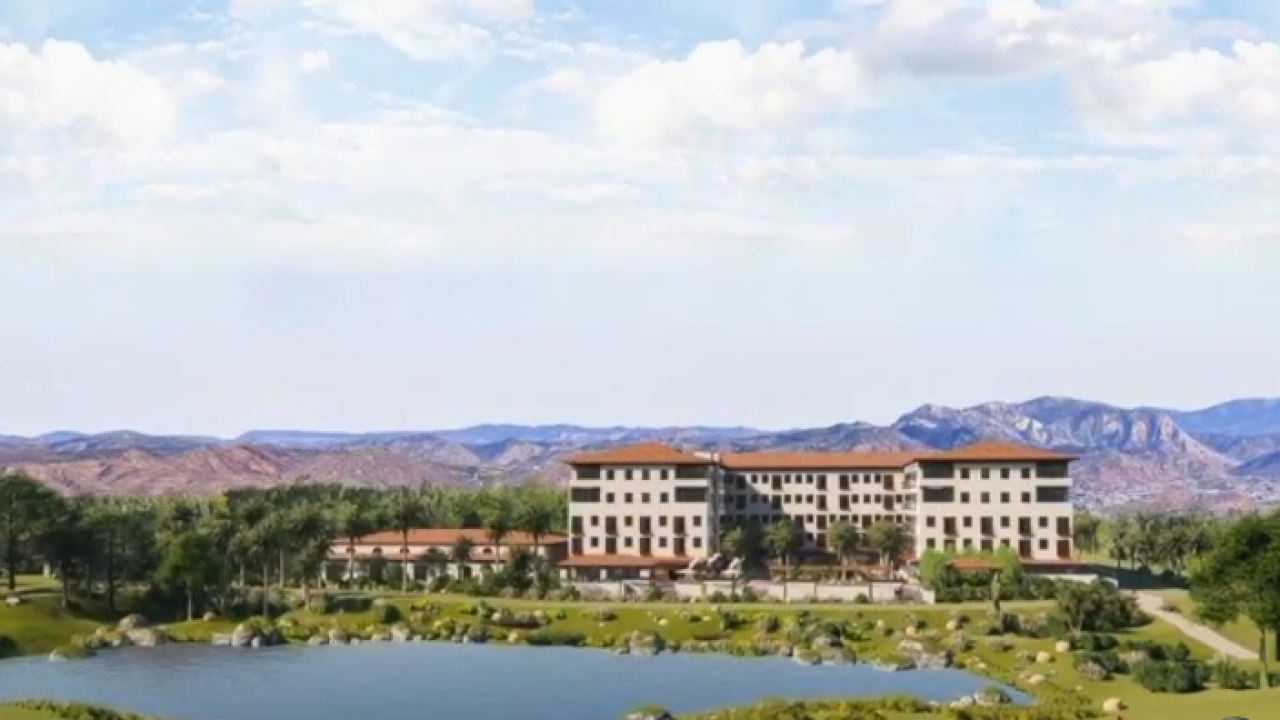 The owner of Carlton Oaks submitted plans to the city that would add 71 single-family homes, 172 condo-style homes, a five-story hotel and event center, and a senior assisted living center to the area around the golf course. It would also redesign the course to make room for all the new development.

Many of the single-family homes would be along the west end of the area along Inverness Road. Some people who live there say that the area can't handle more homes.

"They'd put houses right here, right behind my home," says Augie Scalzitti, who has lived in Santee for 41 years. "My shower is right over here. I could reach out and say, hey buddy, hey neighbor, hand me the soap, will ya!"

Scalzitti says he's worried about losing his view of the golf course and the river. But he's also worried that the homes would be built in the 100-year flood plain. And he says adding homes would make traffic in the area unmanageable.

Other neighbors on the street disagree. They say that kind of development is precisely what Santee needs. They told 10News it would add much-needed housing, and it would make the Country Club more of a destination, which would bring in visitors and more tax dollars.

Mike Aiken, the director of the golf course, says they hope to build something that will benefit Santee. He also stressed that the current plans are just a starting point for development.

"Carlton Oaks has been a community asset here in Santee for nearly 60 years, and we are excited about our plans to significantly improve and update the property into a modern destination resort with a flagship hotel and all the other amenities that go with a modern resort," he told 10News in a statement. "Carlton Oaks wants to be good neighbors and members of our community by providing a quality sustainable project that Santee can be proud of long into the future."

"Mr. Bickler knows every inch of our course and was the perfect choice to help redesign Carlton Oaks into a sustainable modern course, which will be challenging and fun for players of all abilities," Aiken says.

"The new golf course will have a modern, efficient multi-million dollar irrigation system, which will help save millions of gallons of precious water. One of the great features of the new course is three brand new greens (holes 9, 16 and 18) will be surrounded by a new lake and water features and set just west of the new hotel and resort site and present an amazing view of the course and mountains to the west. We believe it will be one of the best views in the region, and the sunset views will be incredible."

Aiken also says the development is necessary to keep the golf course open, as water costs rise and make it financially difficult to sustain. He points to several other golf courses around San Diego that have failed and closed. Some neighbors say they'd rather see this development happen than see the golf course turn into a vast wasteland.

Despite the promises, people like Scalzetti say they won't change their minds. Scalzetti also says the plans violate rules in the current zoning and master plans for the community. He believes the fact that part of the development is in a flood plain means it also won't get past any environmental reviews.

Scalzetti is hosting a neighborhood meeting at his home on Wednesday, November 13, at 6 pm. He wants to make sure his neighbors are aware of all his concerns.

Officials with the City of Santee told 10News they don't have any official opinion on the development, as it is still in the very early stages of gaining approval.