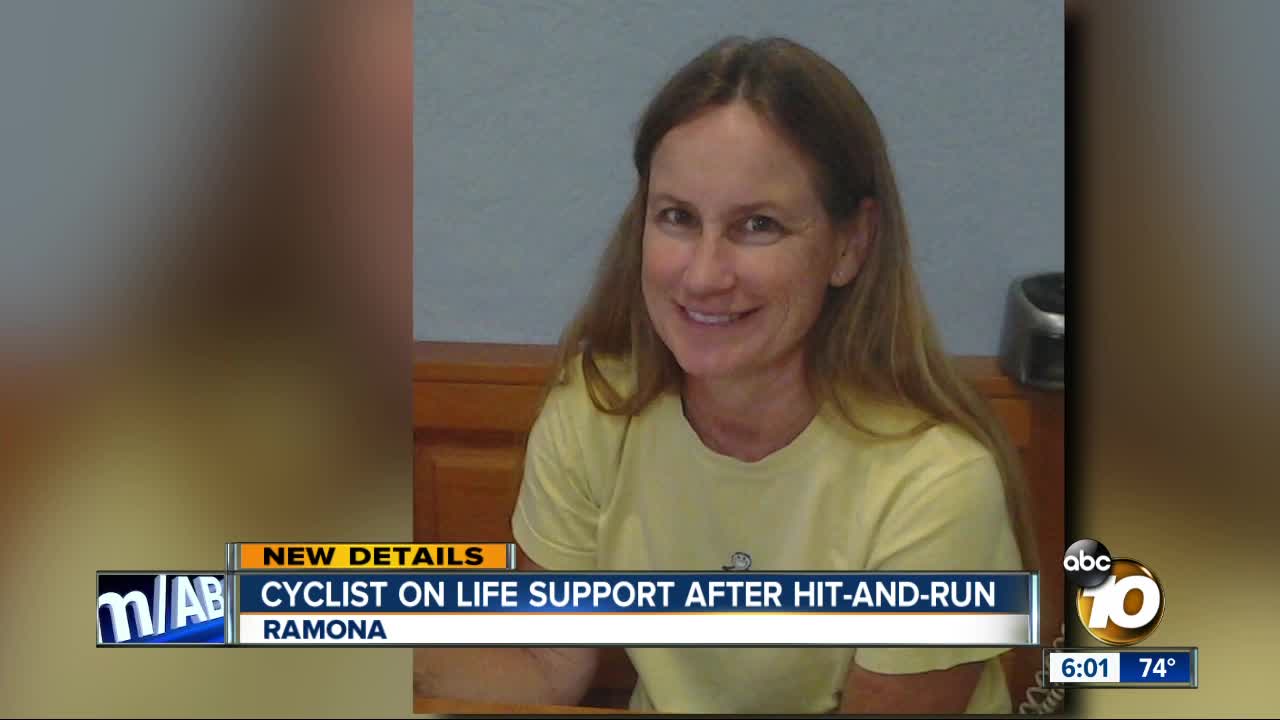 A 53-year-old cyclist remains on life support after a hit-and-run crash in Ramona. 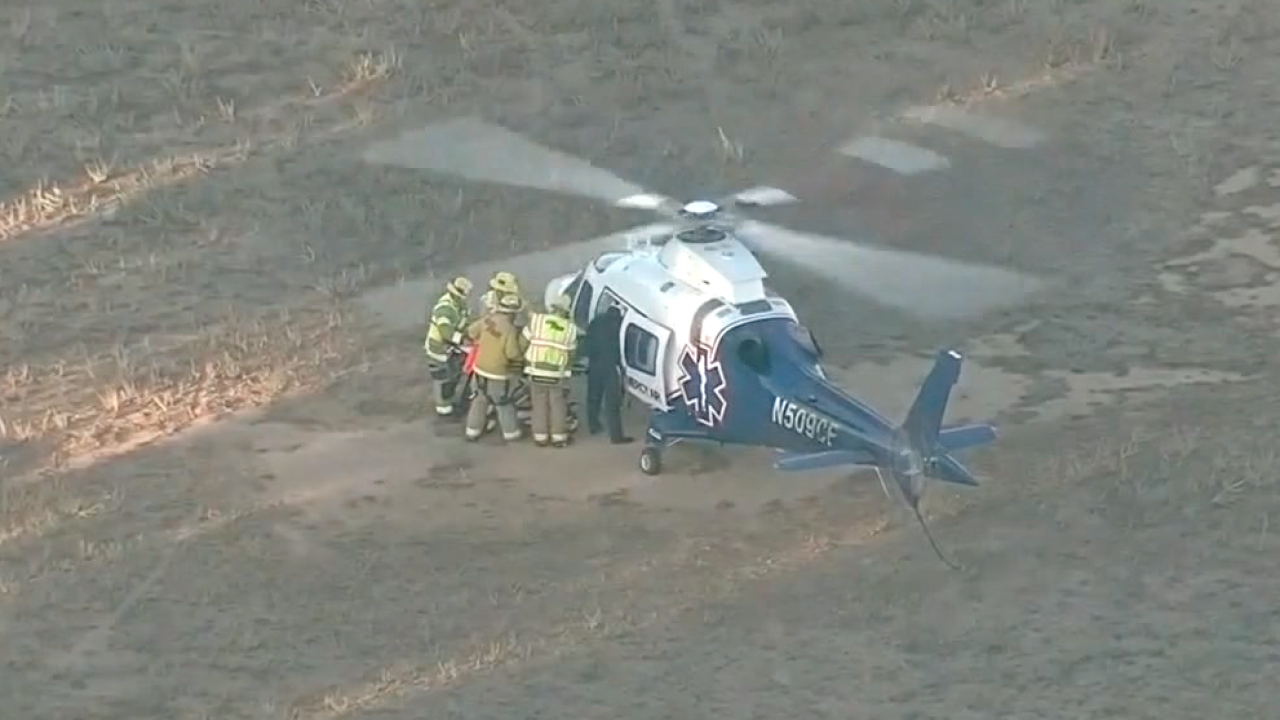 RAMONA, Calif. (KGTV) — A 53-year-old cyclist remains on life support after a hit-and-run crash in Ramona.

Michelle Scott was biking to work Wednesday morning on State Route 67 when California Highway Patrol says a driver swerved onto the shoulder and hit her. Scott was wearing a helmet and had lights and reflective gear on her bicycle, her husband said.

"It was impossible not to have seen her," Don Scott said.

RELATED: Bicyclist airlifted after being hurt in hit-and-run crash in Ramona

Investigators say the driver was in a black 2019 Ford Edge. They've since learned the vehicle had stolen license plates.

CHP says the driver sped off from the crash site with Michelle's bicycle still lodged in the front grill, but Don isn't letting anger seep in.

"Anger is not going to help the recovery process," he said. "I'm actually most focused on the recovery of my wife."

Both he and Michelle are Community Emergency Response Team volunteers through FEMA and the Ramona Fire Department, with training to respond to disasters.

"It's hard to accept the different stages of grieving when you already know them but you're the one that's going through the grieving," he said.

Michelle was sent flying into the roadway after the crash. Several bystanders, including a nurse, stopped to help.

"I was just informed today by the doctors that had it not been for the people stopping, the Good Samaritans, the outcome could have been even worse than it already is," Scott said.

Both the family and CHP are hoping a tip from the public will provide a break in the case. Investigators are also looking for surveillance or dash camera video.