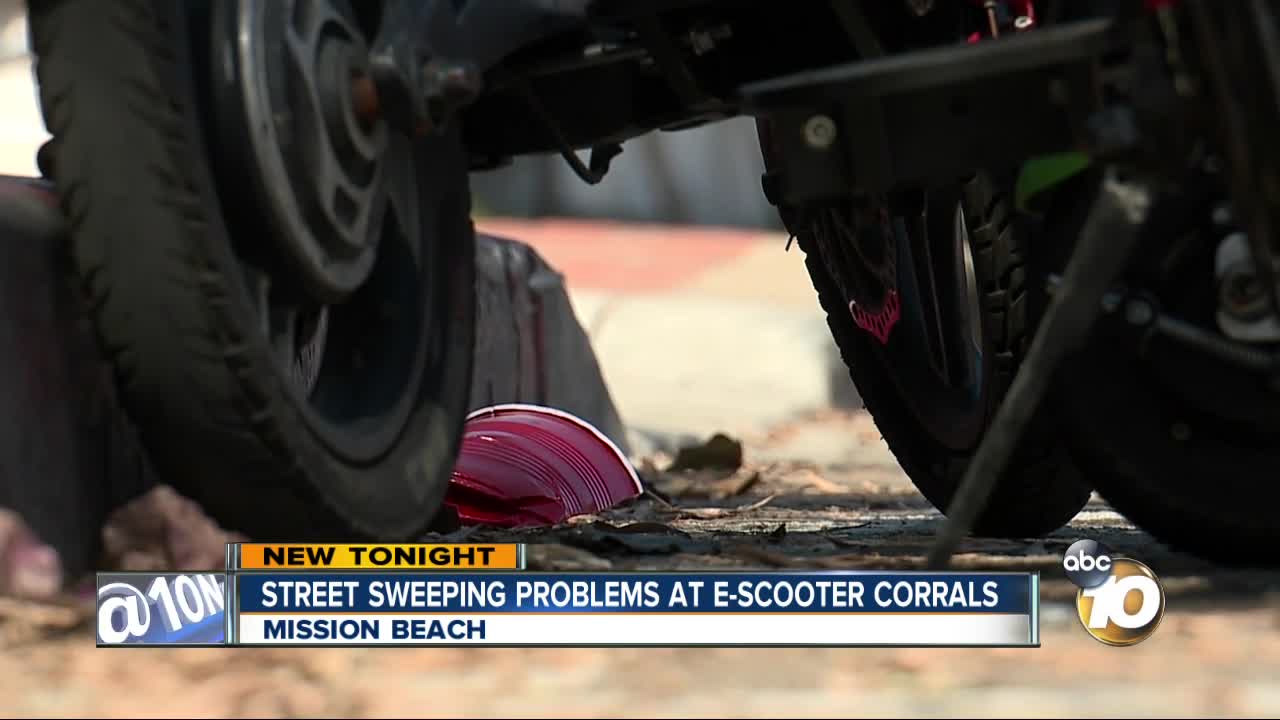 Some Mission Beach residents say they are fed up after their streets are piling up with trash. 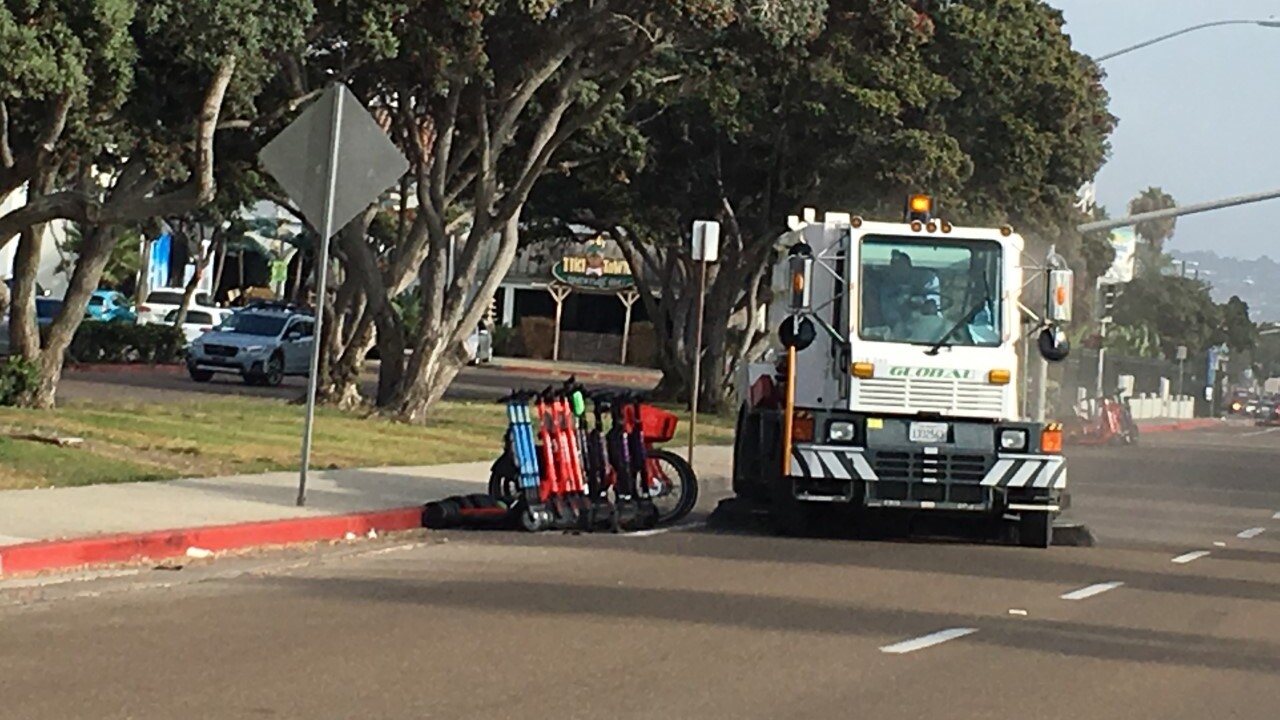 SAN DIEGO (KGTV)-- Some Mission Beach residents say they are fed up after their streets are piling up with trash. They say designated parking spots for e-scooters have remained uncleaned for months, causing concern for flooding.

It's all fun and games until it's not.

First, the problem was unsupervised parking. E-scooters were piling up all over the neighborhood. Now, they are giving Mission Beach residents a new headache - their corralled parking spots.

"This [Corral] gets filled a lot of times with leaves, sand, debris," Knight said. "We have a lot of party rentals that go on here, which means excess trash."

All of the debris should be swept up twice a week on Mission Boulevard. But since the City of San Diego put in the e-scooter parking corrals in July, Knight says these areas have remained untouched.

"When this washes down, that's the stuff that goes into the storm drain and will actually block it up," Knight said.

Knight saw a City street sweeper driving around the corrals, even after he says the Mayor's office promised street sweeping would not be affected.

In an official statement to 10News, the City explained that if e-scooter companies have their devices staged in the corrals during sweeping hours,

"... shared mobility device operators have three hours to remove devices that are illegally parked or that are not complying with other rules. If action has not been taken within that timeframe, the City will impound devices depending on the availability resources. Impounded devices are released once the operator pays a $65 cost recovery fee per device and $1 daily for each day the device is impounded."

But Knight says the problem is twofold. The City's street sweeping window is only two hours long on Mission Boulevard. This means even if they do not move the devices, the companies are not technically in violation under the three-hour rule. That is why he is suggesting the City does the work themselves.

If the City and the e-scooter companies do not get on the same page, Knight believes the citizens will be the ones who pay, come the next storm.