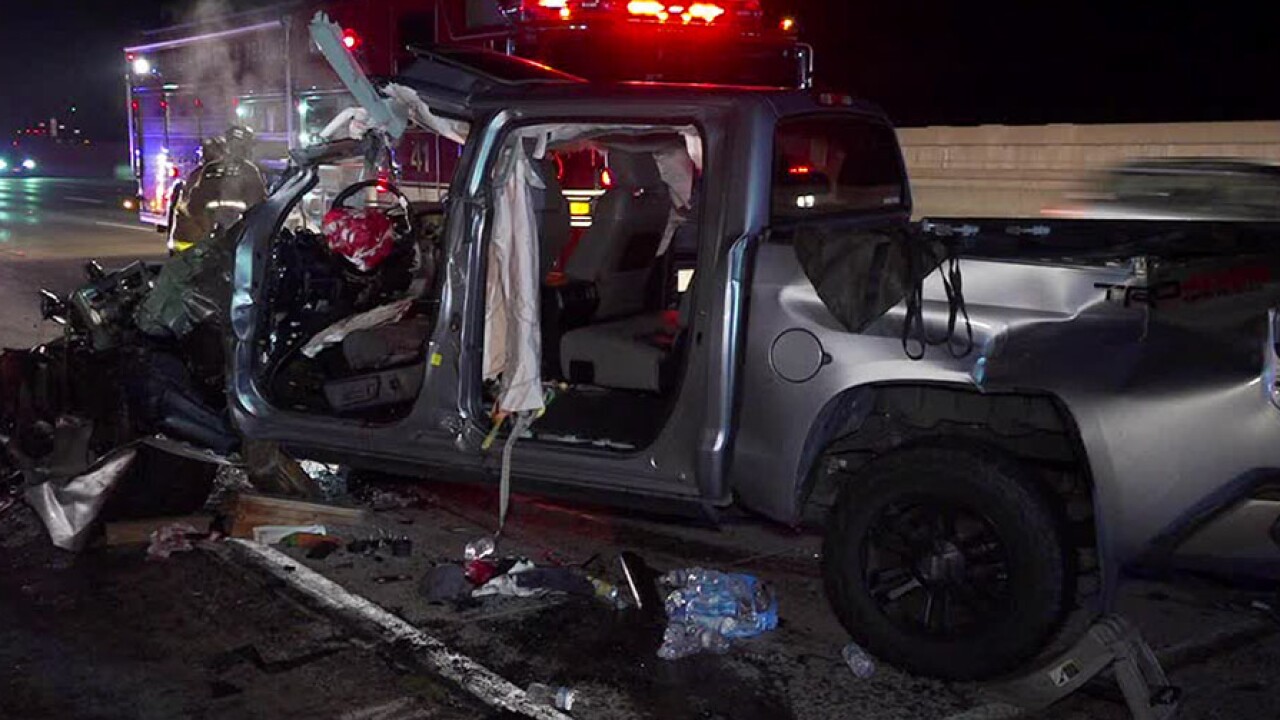 SAN DIEGO (KGTV) -- Firefighters rescued a driver that was trapped in his pickup truck after he crashed into the back of an armored Marine Corps military vehicle in the Scripps Ranch area.

The collision occurred at around 12:25 a.m. Tuesday on northbound Interstate 15 near Scripps Poway Parkway, according to authorities.

10News learned a convoy of large, armored military trucks were traveling on the freeway when – for reasons that are still under investigation -- a pickup truck slammed into the back of one of the vehicles.

The impact left the pickup’s driver trapped in the wreckage, prompting responding firefighters to cut apart the mangled metal mess to pull him out.

Authorities said the driver suffered injuries of unknown severity and was taken to the hospital.

Marines in the affected vehicle were not hurt.