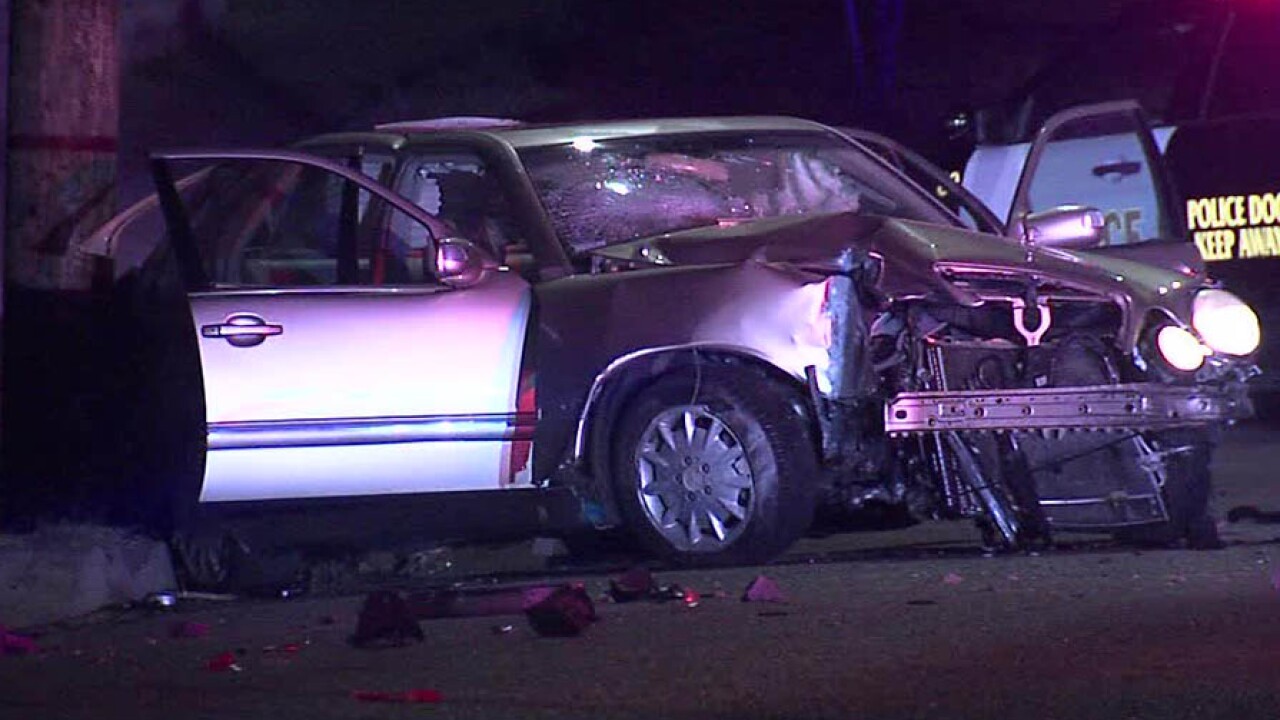 CHULA VISTA, Calif. (KGTV) - The driver of a car that led police on a chase in Chula Vista died after the vehicle crashed into a wall and telephone pole.

Shortly before 8 p.m. Wednesday, Chula Vista police attempted to pull over a Mercedes-Benz near H Street and Second Avenue after officers spotted an expired registration on the car.

However, the driver refused to pull over and ran through several stop signs while leading police on a brief chase.

At the intersection of Hilltop Drive and Oxford Street, police said the driver lost control of the car and crashed into a brick retaining wall, and then a telephone pole, in front of a home.

A male passenger was able to get out and run before he was tracked down by officers and arrested. The passenger was arrested for weapon- and narcotics-related charges, according to police.

A female passenger suffered minor injuries and was treated at the hospital. Chula Vista police said she was later arrested on an outstanding felony warrant and weapons charges.

Police said two of the car's occupants are documented gang members and they possessed "a large amount of narcotics."

Officers also discovered a loaded semi-automatic handgun inside the car.