Driver dies after car veers off I-15, crashes into tree 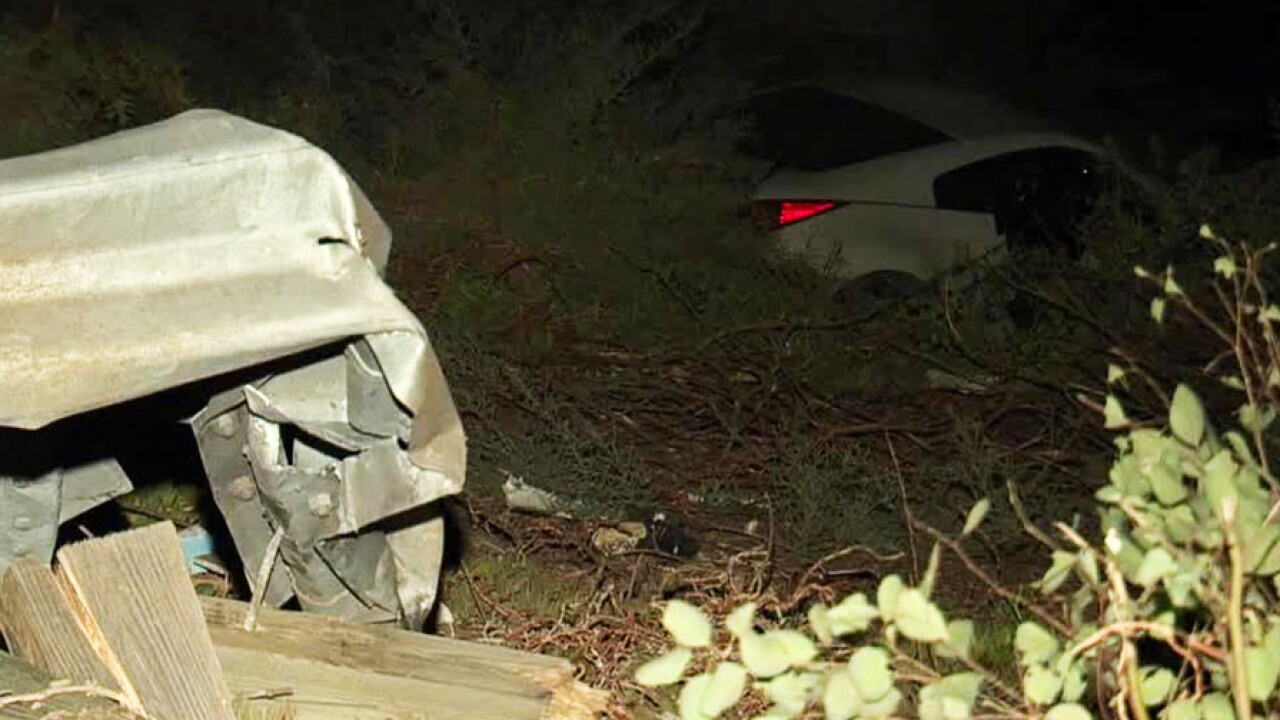 SAN DIEGO (KGTV) -- One person was killed after a car veered off a San Diego freeway transition ramp and slammed into a tree.

Details on what led the car to drive off the side of the freeway were not immediately released, but CHP officials said the car struck a guardrail and hit a tree that was at least 30 feet off the roadway.

Emergency responders pulled the driver from the wreckage, but the person was pronounced dead at the scene.

No other vehicles were involved in the incident.