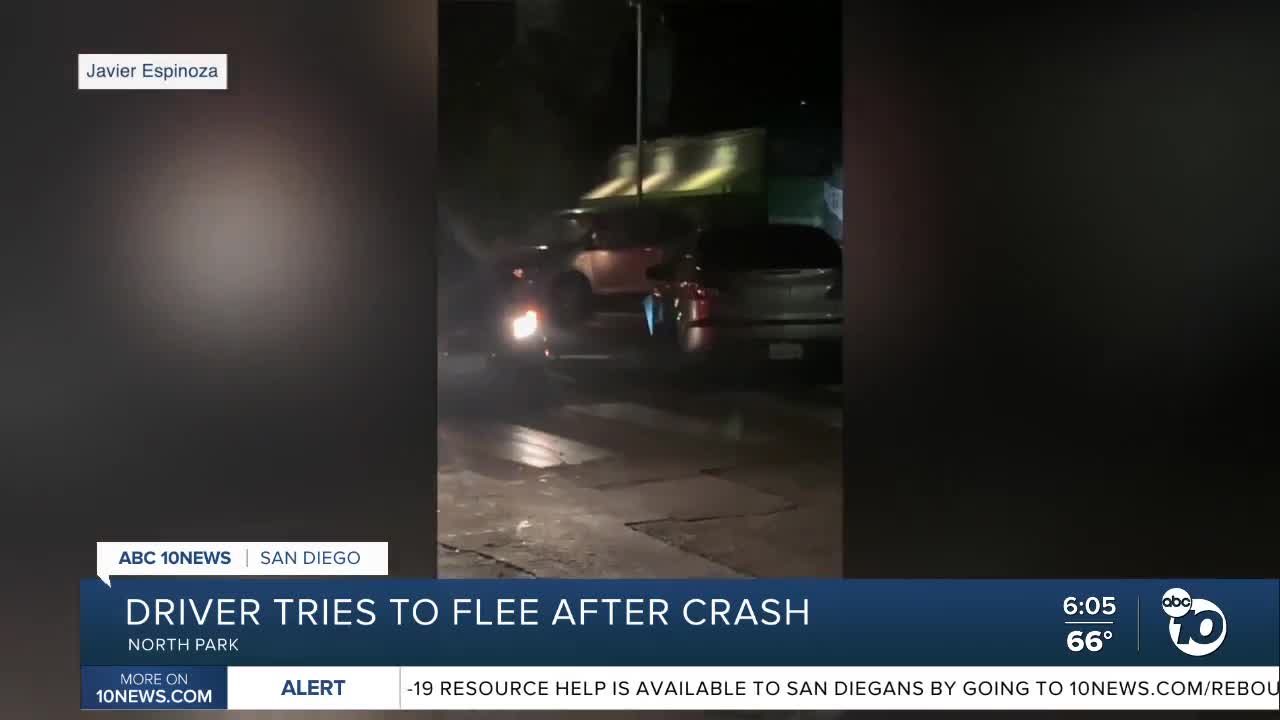 SAN DIEGO (KGTV) -- With the help of witnesses, a driver was arrested late Wednesday night after police said he crashed into several parked cars before taking a U-turn and crashing head-on into another vehicle.

According to San Diego police, the incident began at around 11 p.m. on University Avenue in North Park.

Cell phone video captured by a witness shows the driver hitting parked cars before trying to leave the scene. He then ends up on the wrong side of the street, where he then crashes into another car, the video shows.

The man gets out of the car and tries to run away, but witnesses detained him until police arrived.

The driver was taken to a hospital and is suspected of driving under the influence.

A woman in the car hit head-on was also taken to a hospital with minor injuries.