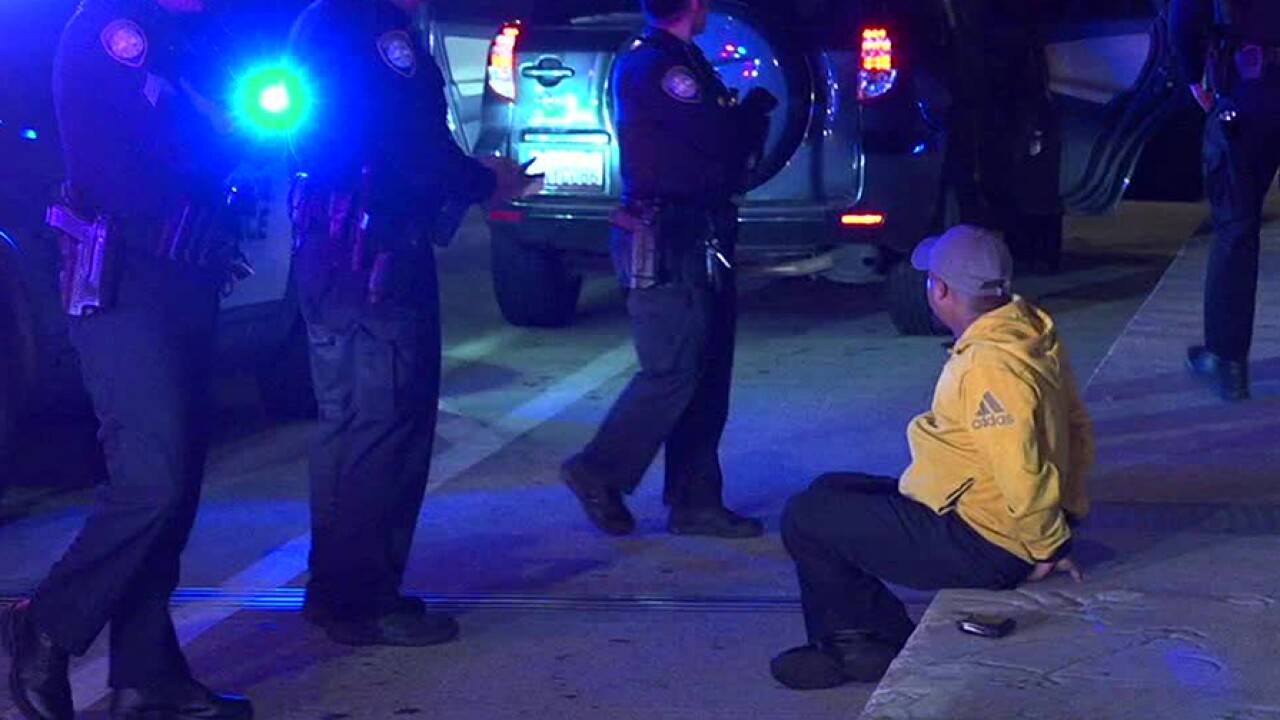 SAN DIEGO (KGTV) – A man was arrested early Thursday morning after authorities said he led police officers on a pursuit from the Embarcadero into the Webster area.

At around 12:45 a.m., San Diego Harbor Police tried to stop a Toyota RAV4 on Harbor Drive, near the Star of India, for an unspecified traffic violation.

However, the driver sped away, prompting officers to give chase.

The RAV4 made its way onto southbound Interstate 5, transitioned to eastbound state Route 94 and then exited at Home Avenue.

After the driver stopped on an overpass above SR-94, he was taken into custody without incident.