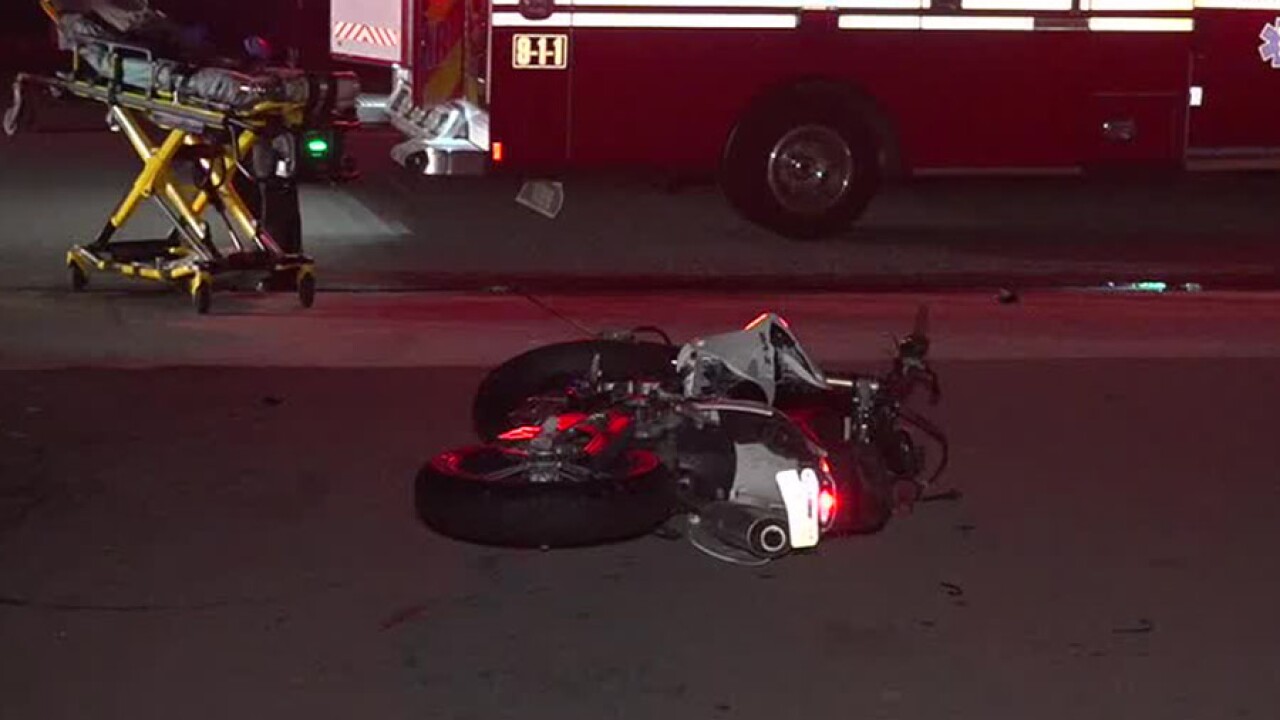 SAN DIEGO (CNS) - A 19-year-old man riding a dirt bike was killed when he crashed on a Barrio Logan street and skidded into a sign, police said.

The man was riding a Suzuki dirt bike eastbound on Main Street when he failed to turn at a curve in the road, laid his two-wheeler down and slid across the westbound lanes until he struck a sign, Heims said.

The man, whose name was withheld pending family notification, was pronounced dead at the scene, Heims said.