What to know: Trump visits San Diego today for fundraiser

SAN DIEGO (KGTV) – President Trump’s two-day fundraising swing through California will conclude in San Diego Wednesday, and sources say his trip will include a visit at the U.S.-Mexico border.

The president’s California trip began Tuesday in the Bay Area, where he attended a campaign fundraiser in Palo Alto.

Following the Silicon Valley event, Trump flew down to the Los Angeles area for an evening fundraiser in Beverly Hills.

After attending a fundraiser in Los Angeles Wednesday morning, Trump boarded Air Force One and traveled to San Diego.

The president arrived at MCAS Miramar at around 11:30 a.m. and was greeted by local troops, Rabbi Yisroel Goldstein, and Poway Mayor Steve Vaus. He then boarded a helicopter that took him to San Diego's Lindbergh Field.

From San Diego's airport, Trump was shuttled to a private luncheon fundraiser at the US Grant hotel (326 Broadway, downtown San Diego).

Several guests told 10News they were informed that their stay could be affected by a “big event” Wednesday at the hotel. No Parking” were placed signs along Broadway dated Sept. 18 from 1 a.m.-3 p.m. for the same event.

Due to the president's visit, San Diego police tweeted a map and advised the public: "Please avoid the highlighted area and expect heavy congestion until 4 P.M. Allow yourself enough time to arrive at your destination. Drive safe and watch out for pedestrians/bicyclists." 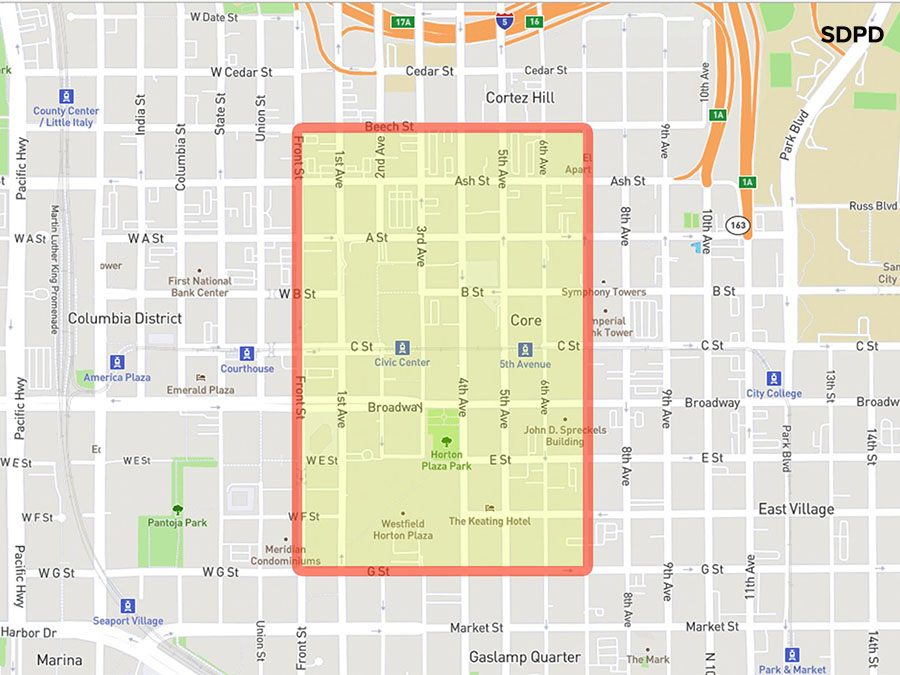 Tickets for the private event started at $2,800 and reached as high as $100,000. Additionally, it is $35,500 per couple for a photo opportunity with the president, according to sources.

Trump, sources told 10News, will head to the border following the luncheon, where he will likely tout his signature campaign promise of building a wall.

Sources said the president will meet with Customs and Border Protection officials and may tour a section of the border wall in Otay Mesa.

Thad Kousser, who chairs the political science department at UC San Diego, said the visit gives Trump an opportunity to reach a national audience from inside California -- his biggest political nemesis.

"His administration has been at war with the state on the environment, on immigration, on issue after issue, on the border," Kousser said.

In February, Trump circumvented Congress and passed a national emergency declaration to fund the wall. Earlier this month, the Department of Defense announced it would divert $3.6 billion to pay for 11 wall-related projects.

Tony Krvaric, chairman for the Republican Party of San Diego County, said of the president’s visit: “We are excited to have President Trump in San Diego on Wednesday for a sold-out fundraiser to keep America great. There is a lot more support for our great president here than angry Democrats will have people believe.”