Deputies search for teens that led pursuit in Spring Valley 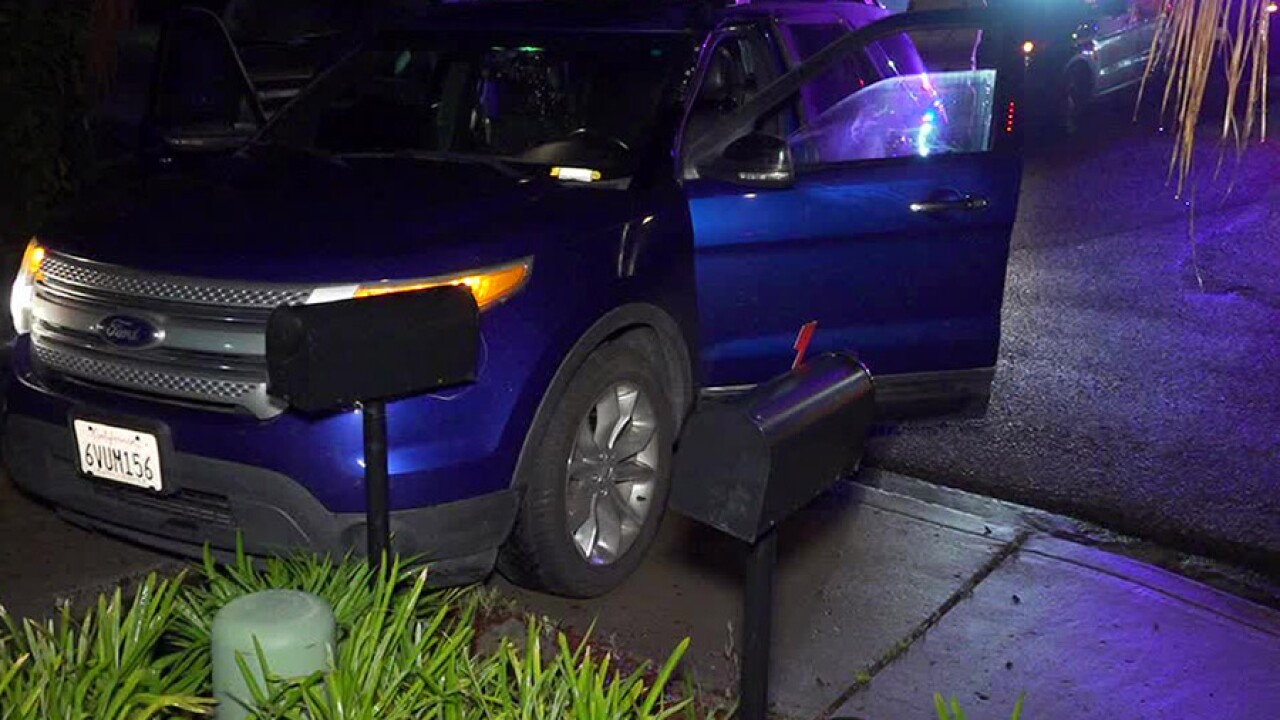 San Diego County sheriff’s officials said a deputy spotted the trio running out of a 7-Eleven store at the corner of Jamacha Boulevard and Grand Avenue and into a Ford Explorer SUV at around 2:15 a.m.

The deputy believed the teens may have robbed the store and tried to pull the SUV over.

However, the driver refused to stop and sped away, leading the deputy on a brief chase.

About a mile away from the store, the SUV came upon a dead end at Vecino Court, prompting the three people to jump out and run away.

The still-running SUV rolled forward and struck a parked car as the trio managed to elude deputies by running through backyards.

Deputies are trying to determine if the SUV was stolen, and they believe the teens shoplifted items from the 7-Eleven store.