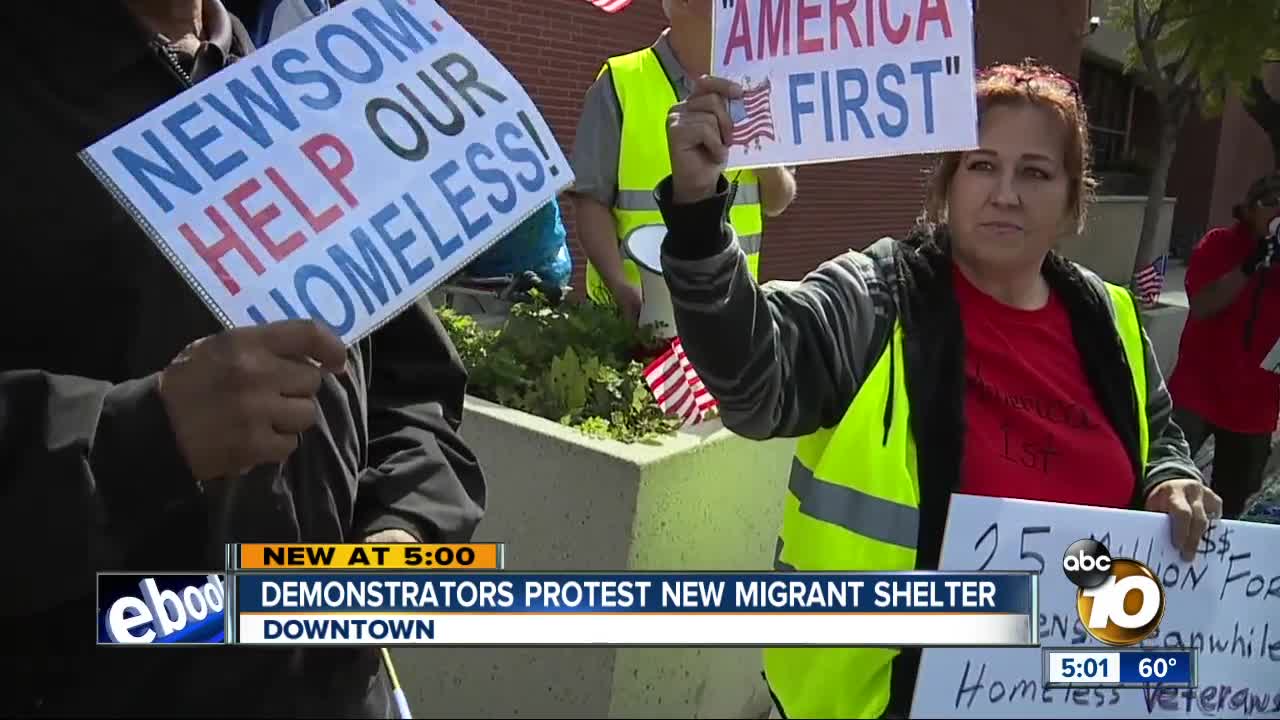 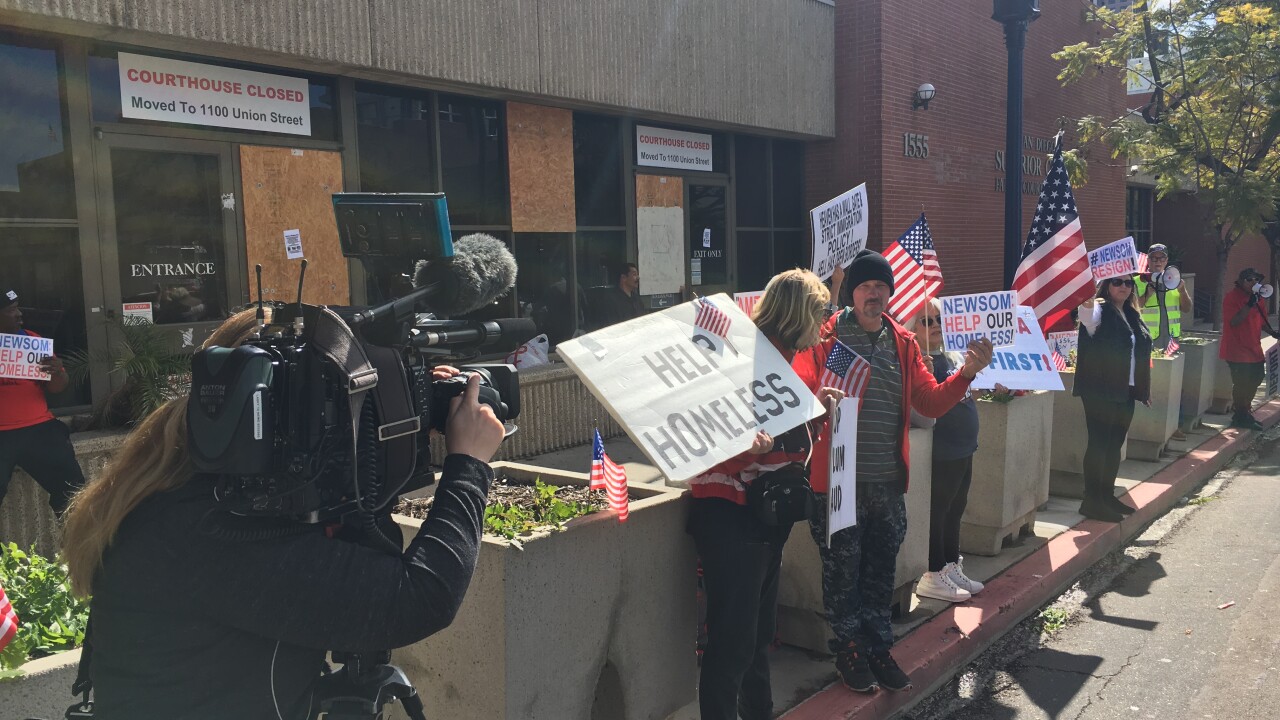 They said it's a reminder of priorities-- Americans or those just passing through.

"It's like standing in the line at the grocery store, and somebody pushes you to the back of the line and goes in front. That's what these illegal immigrants are doing," said Melinda Oporto of Make California Great Again.

Oporto was one of the many people who protested the opening of the asylum-seeker shelter in Downtown. Last month, the San Diego County Board of Supervisors voted to allow humanitarian group, San Diego Rapid Response Network, to use the vacant San Diego County Family Court Building to run the temporary migrant shelter.

"These people who are running these shelters, if they had the heart to help people, they would help everybody. And not just choose the invaders," Oporto said.

Oporto told 10News her son was in the military. But when he came back stateside, he became homeless. She expressed her anger as to why special services were being provided to migrants, and not to those who served the country.

The Rapid Response Network said the people who would benefit from this shelter were in the US legally, after been processed, then released by ICE onto the streets of San Diego. They sent 10News this statement:

"Having a temporary emergency shelter in San Diego for asylum-seeking families is critical to ensure that they are able to connect with their sponsors and travel to their final destinations across the U.S. Families housed at the shelter include an average of one to two young children, with average stays of 12 to 48 hours."

Still, protestors said, the millions of dollars worth of medical care and humanitarian services should be directed to what they consider a more deserving group.

"They should be giving the benefits to the homeless in San Diego and throughout California," Raul Rodriguez Jr. of America First Latinos, sad. "Americans should come first."

The latest homeless count in San Diego County was more than 8,500 in 2018. Nearly 60% of them were sleeping on the streets. The Rapid Response Network said, without this new shelter, vulnerable migrants would only add to the area's homeless population and possibly spark a public health crisis.