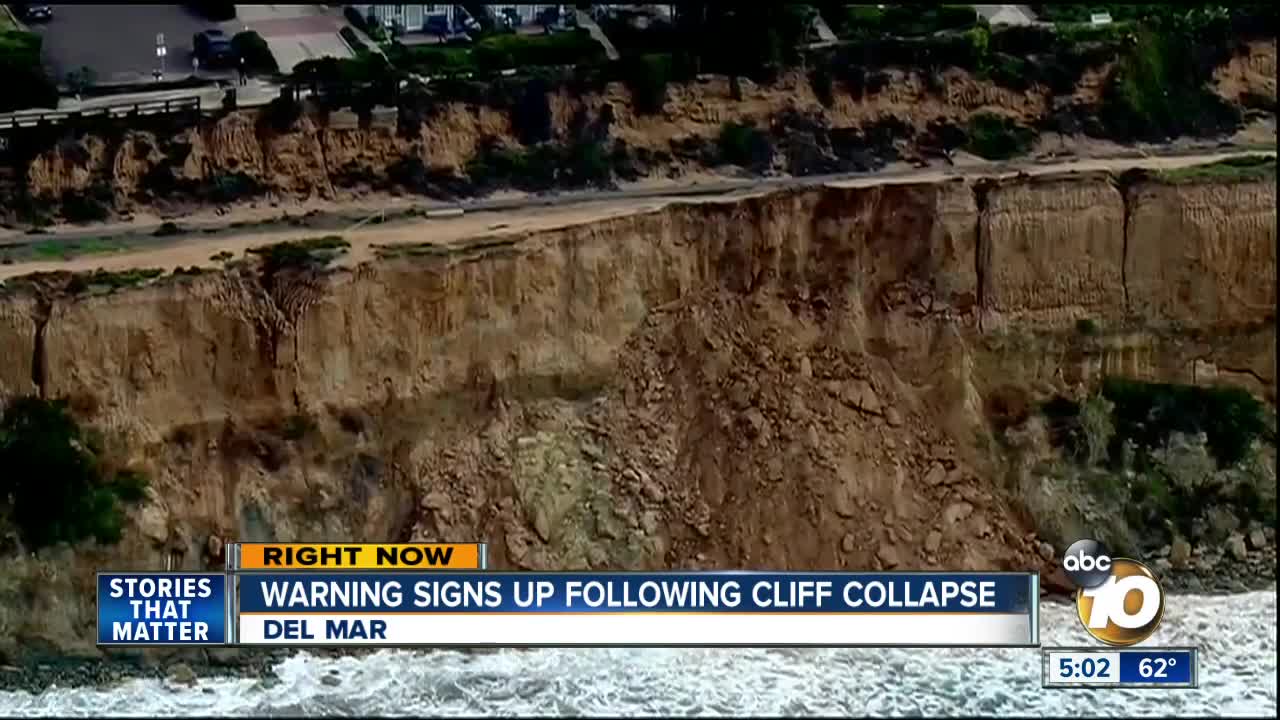 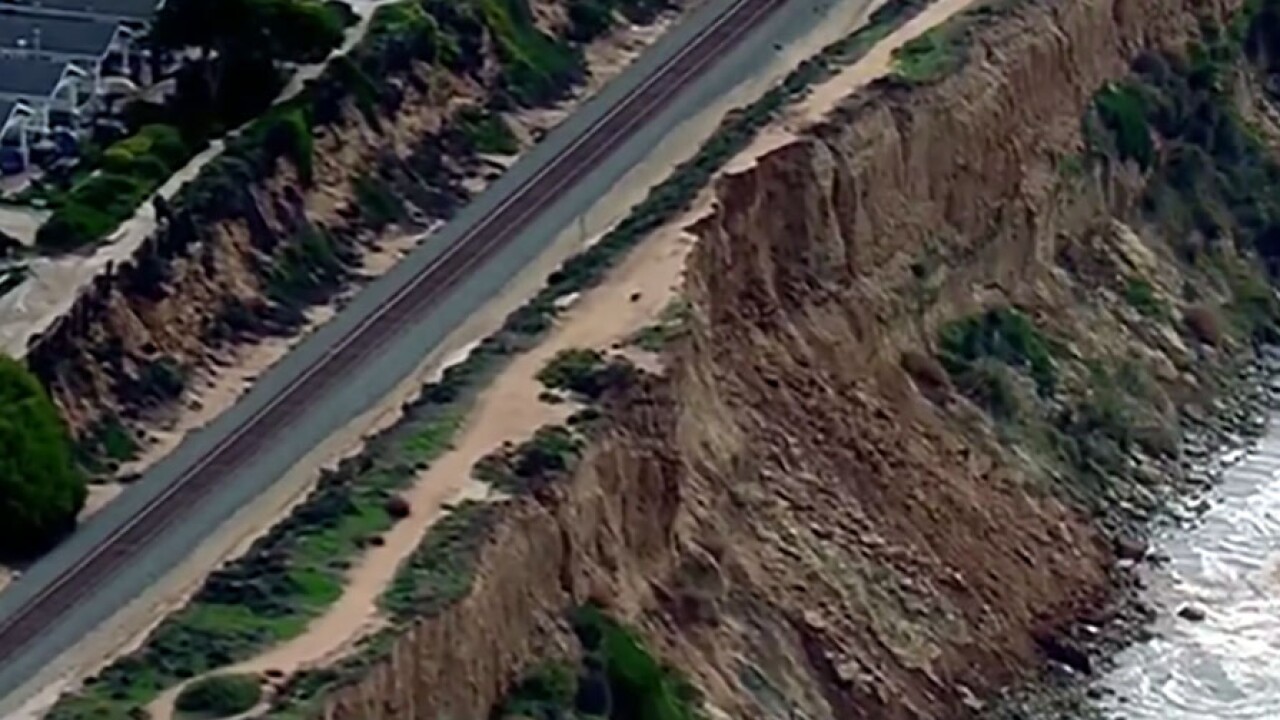 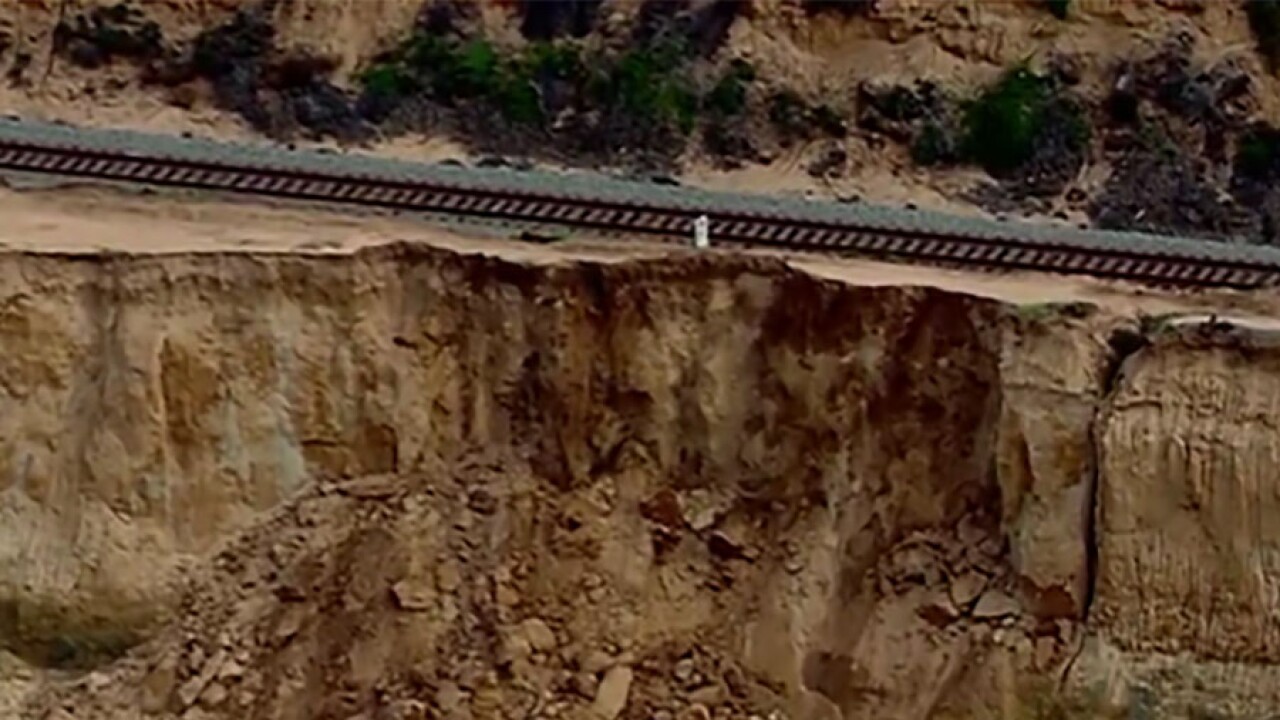 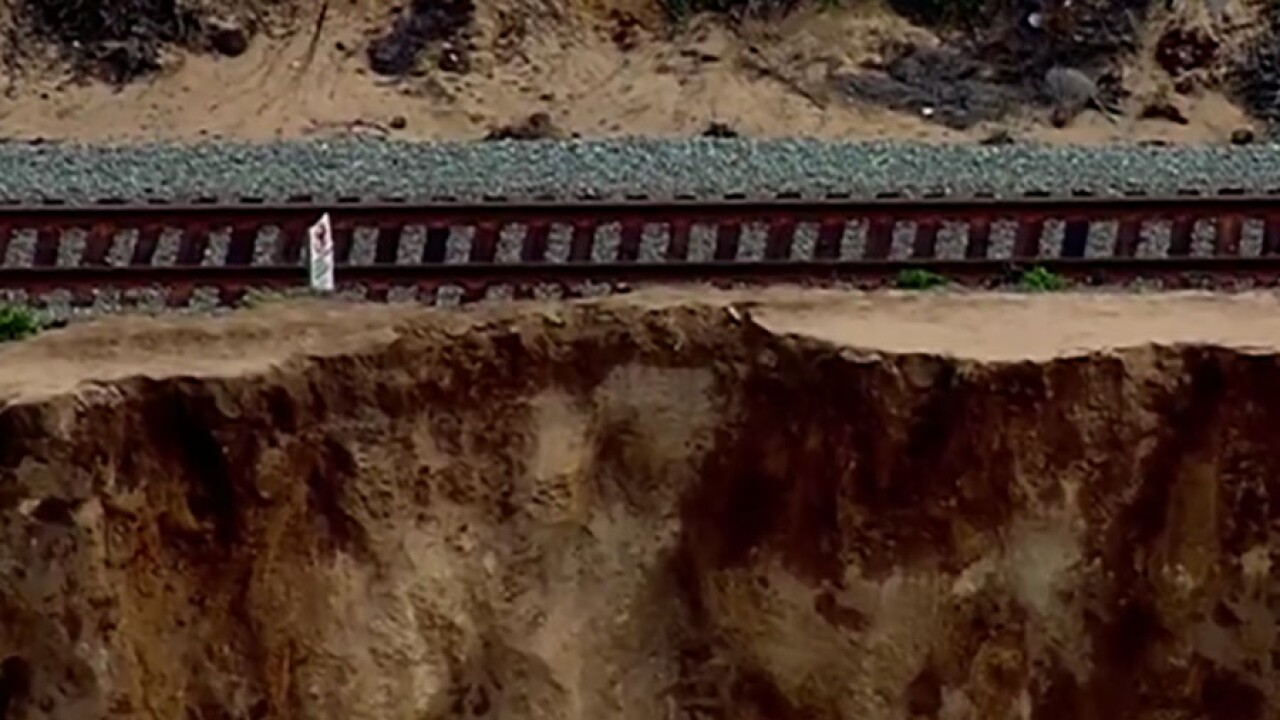 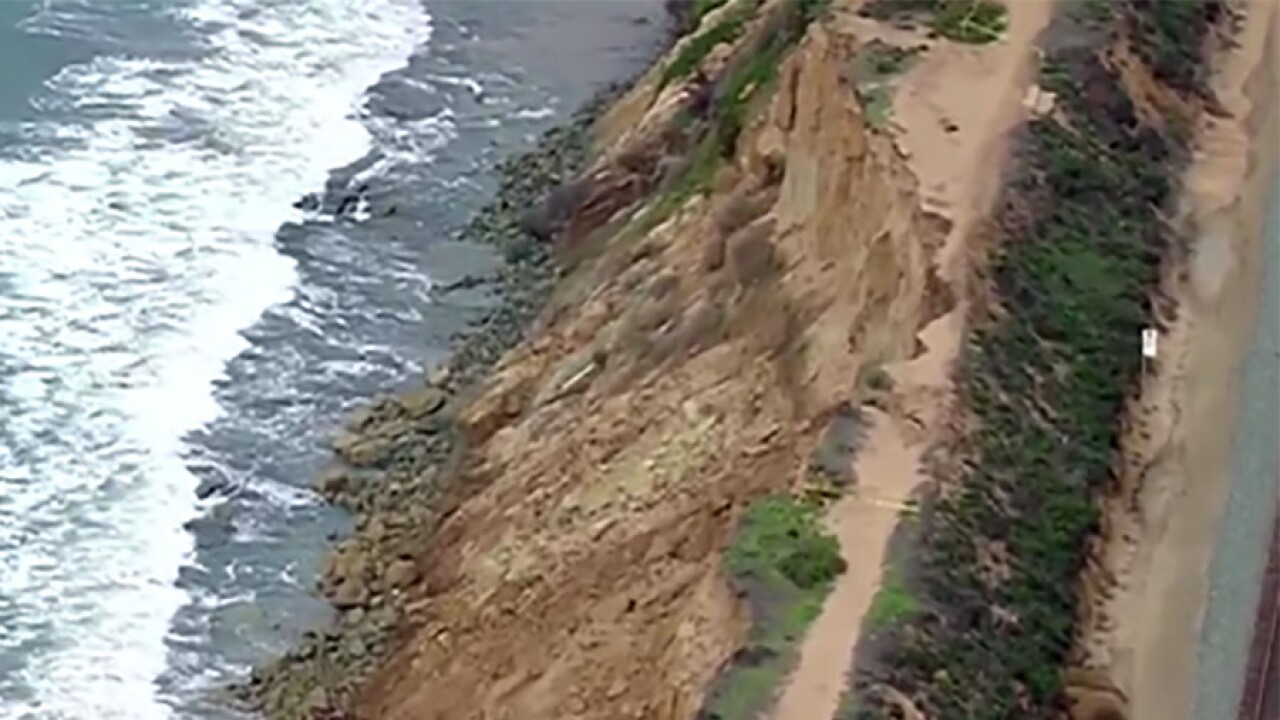 SAN DIEGO (KGTV) - Train service in the North County was temporarily stopped after a portion of a cliff collapsed in Del Mar Monday morning.

San Diego Lifeguards said the collapse was reported shortly after 9 a.m. at the foot of 10th Street in Del Mar. There was no immediate word on structure damage or injuries.

The collapse also impacted Pacific Surfliner trains, causing a stoppage between Solana Beach and Old Town. By 10:35 a.m., Surfliner officials said tracks at Del Mar were reopened but changes to train service, including passenger transfers, were put into effect.

NCTD Coaster service resumed at 10:50 a.m. after officials inspected the tracks in the Del Mar area.

Several collapses have been reported in the same area in the past four months, with the most recent in early October.