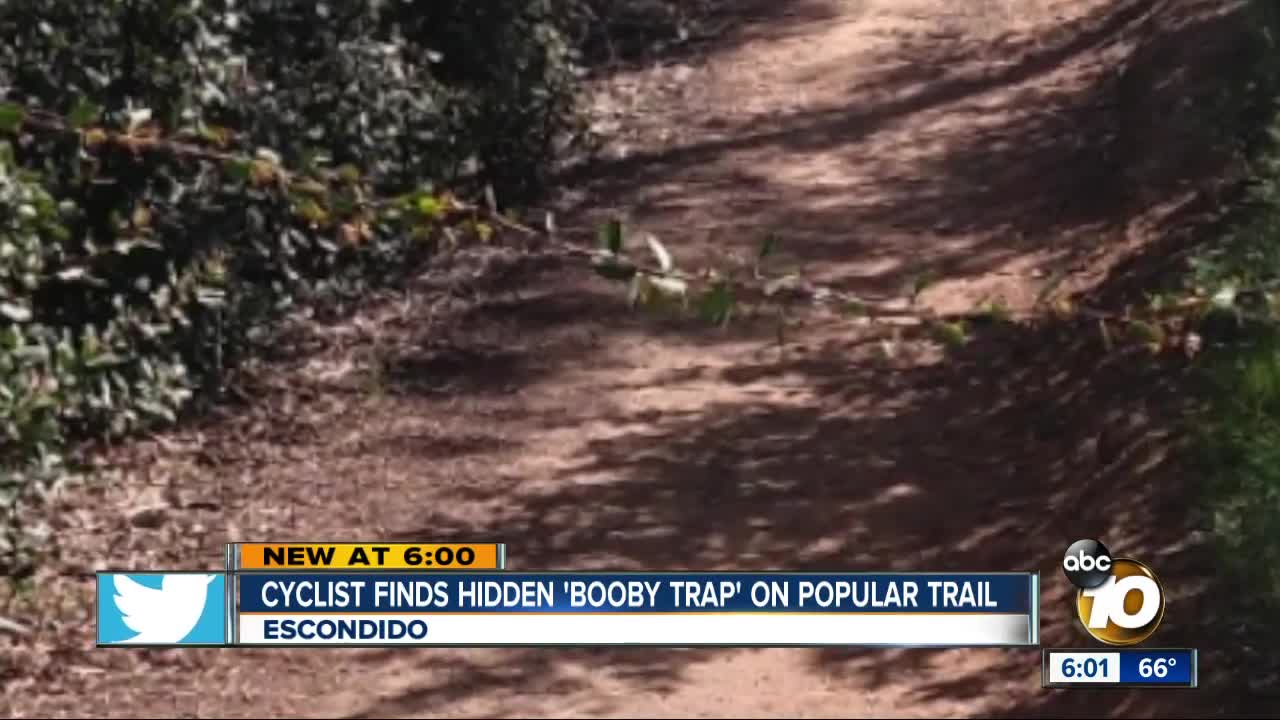 A cyclist found a hidden "booby trap" on a popular trail in Escondido. 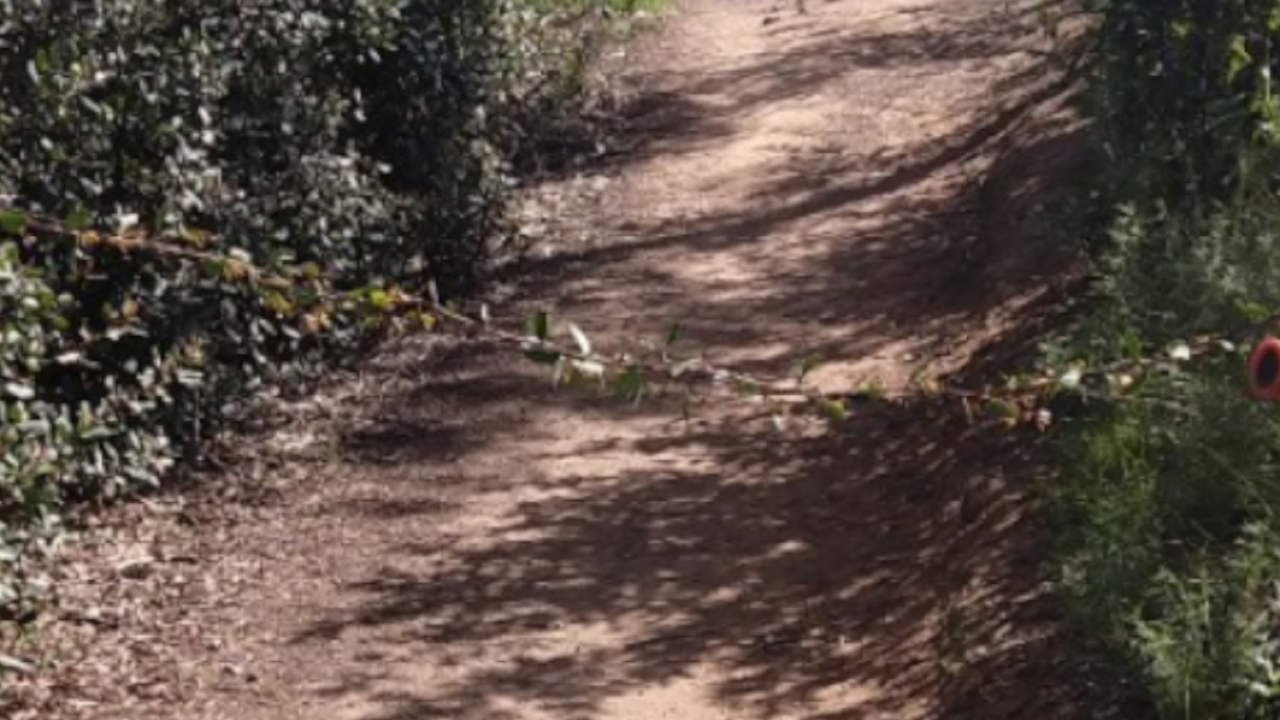 SAN DIEGO (KGTV) - A cyclist says he narrowly escaped injury after finding a camouflaged 'booby trap' on a popular trail along Lake Hodges.

Steven Lennox made the discovery minutes into his bike ride Friday afternoon on a trail in the San Dieguito River Park. He was taking photos that afternoon, so he was going slower than normal and stopped when he saw the shadow on the ground.

"It was a shadow line all the way across. I looked up from there and I saw the ivy," said Lennox.

But the ivy wasn't the only thing stretched across the trail.

"As I got closer, I saw the rusty wire," said Lennox.

In several photos he took, the ivy is seen intertwined with barbed wire and tied to a tree.

"Three to four loops ... had to weave it though. Somebody spent some time putting it together," said Lennox.

The barbed wire appeared to be pulled from an old fence and camouflaged with a nearby vine.

"When you're being deceptive and hiding something, that's being cruel," said Lennox.

The wire was strewn across at a height that would hit a cyclist in the chest or neck area.

"I don't think someone would have enough speed to cut their head off, but somebody could snap a neck," said Lennox.

The discovery was made along a trail popular with cyclists, hikers and horseback riders. Rangers didn't find any similar hazards on the trail and tell us there haven't been any similar incidents in the past. Lennox says he has seen large rocks left on the trail, possibly to slow down cyclists.