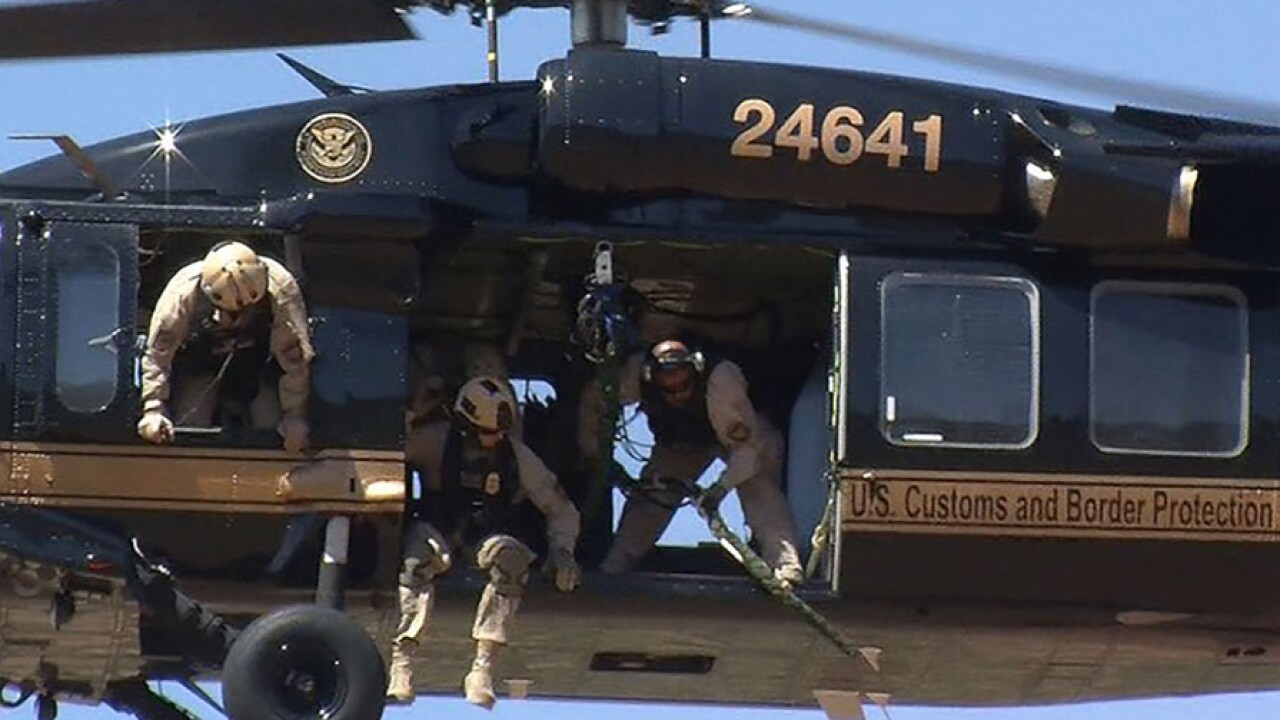 (KGTV) - Border Patrol agents Wednesday rescued an undocumented immigrant who was injured after falling from a rock on Otay Mountain, according to Customs and Border Protection officials.

CBP officials said a male undocumented immigrant from Honduras was detained by Border Patrol agents at around 5:30 a.m. “for entering the U.S. illegally in the Otay Mesa Mountain range.”

According to officials, the man told agents that prior to his arrest, a woman he was with fell off a rock and down a steep canyon. He said the woman “appeared to be in bad condition.”

At about 9 a.m., a CBP helicopter crew spotted the injured woman and guided agents on the ground to her location.

Responding agents rendered aid, and the woman -- who was going in and out of consciousness -- was airlifted out of the canyon.

The woman was taken to the hospital for treatment. Her condition was not released.

CBP officials said the 25-year-old woman had also crossed into the U.S. illegally.