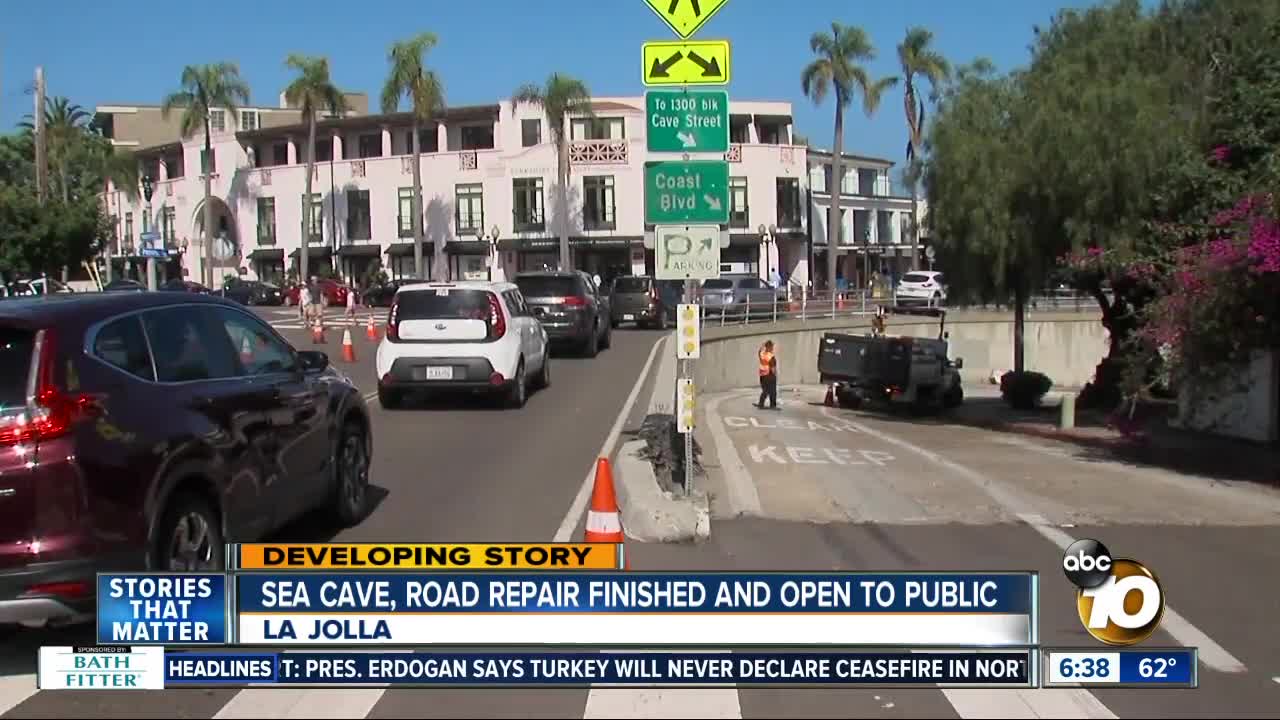 A $3 million project to repair a sea cave and road in La Jolla Shores has finished and is now open to the public.

LA JOLLA, Calif. (CNS) - The city of San Diego's Public Works Department announced the completion of a road stabilization project Wednesday to protect against the potential collapse of Coast Boulevard in La Jolla.

The city undertook the $3.2 million emergency project in August to reinforce a section of Coast Boulevard above a sea cave known as Koch's Cave. The section of the street was closed to vehicular and pedestrian traffic until the city completed the project last Friday.

Construction workers injected polymer-based grout below the street to stabilize the soil and poured roughly 2,000 cubic yards of concrete slurry to reinforce the cave, according to the city. Workers also resurfaced and re-striped the street segment.

The project was originally expected to be completed next month.