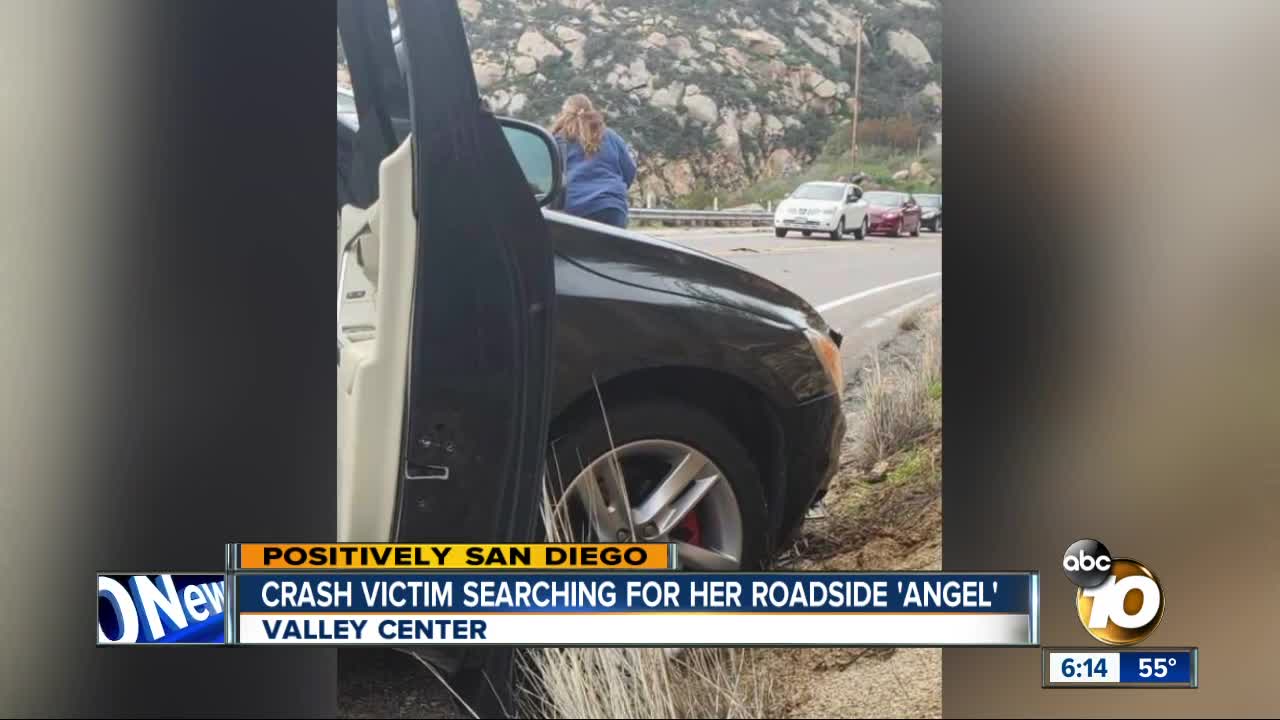 A crash victim is hoping to track down the roadside "angel" who went above and beyond. 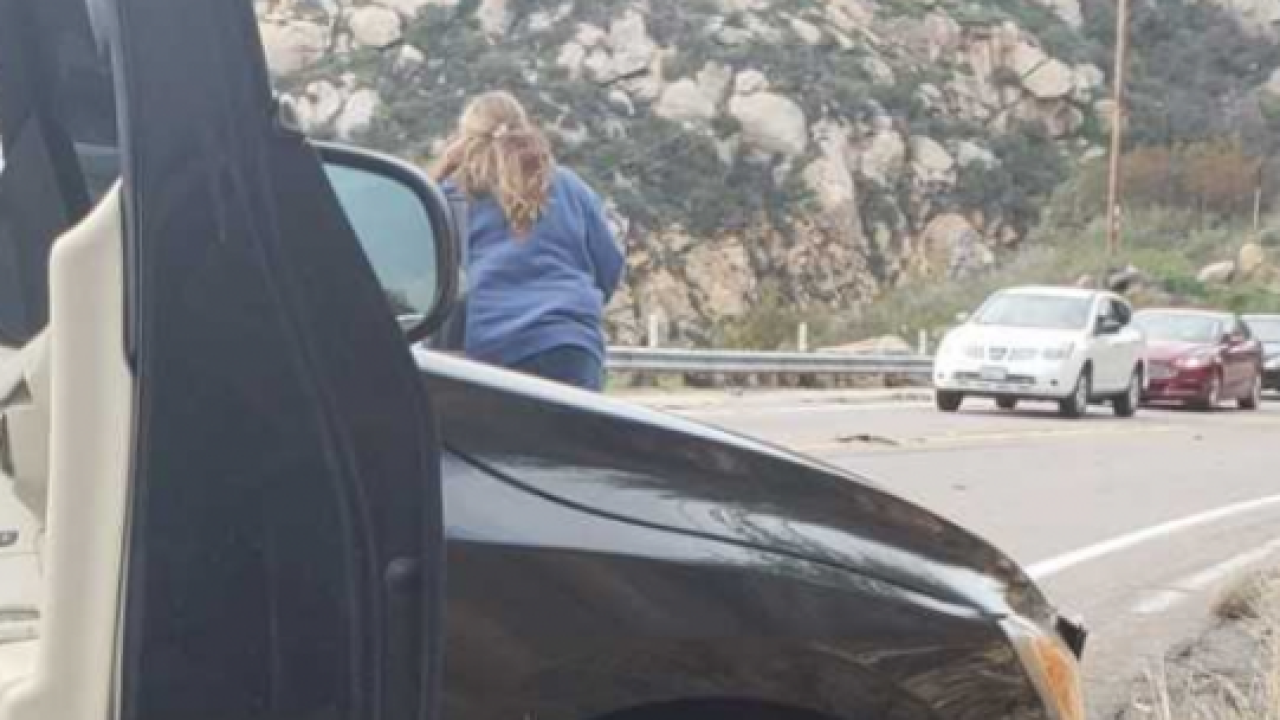 VALLEY CENTER, Calif. (KGTV) — A crash victim is hoping to track down the roadside "angel" who went above and beyond.

On Friday afternoon just east of the I-15 on Old Castle Road in Valley Center, Sarah Rozenko says she was in her Volvo sedan, driving back from the grocery store and squarely in her lane.

"It was like being hit with a dump truck full force," said Rozenko.

It wasn't a dump truck, but a car, that hit the side of her car. It sent her spinning into a rocky embankment. She climbed out, bruised and dazed.

"She came out of nowhere and pulled up," said Rozenko.

'She' was a passerby who told Rozenko she was an EMT. The woman, believed in her 40s or 50s, can be seen her in a photo snapped by Rozenko of the crash scene.

"Immediately took over calming me down, checking me out. Took over phone conversation with 9-1-1, as I was so shook up. She covered me with a blanket," said Rozenko.

Rozeno says in her shock, she kept telling the woman about the surprise dinner she had planned for her husband. The stranger listened, and calmed her down.

"Just reassuring. I believe I would have had a panic attack had she not been there," said Rozenko.

About 15 minutes after the stranger arrived, so did the firefighters and paramedics. There was a hurried exchange.

"She yelled, 'What's your address?' as I am being loaded into the ambulance. I shouted it to her," said Rozenko.

Some nine hours later, after Rozenko returned home from the hospital, she learned the mystery woman had collected her belongings from the car - along with all the groceries - and dropped it all off at her home with her landlord.

"I was blown away. It's not every day that somebody goes out of their way to do something for you. She's my road accident angel for sure," said Rozenko.

Now she's on a mission to find her angel.

If you know the identity of the roadside angel, email us at Tips@10news.com.