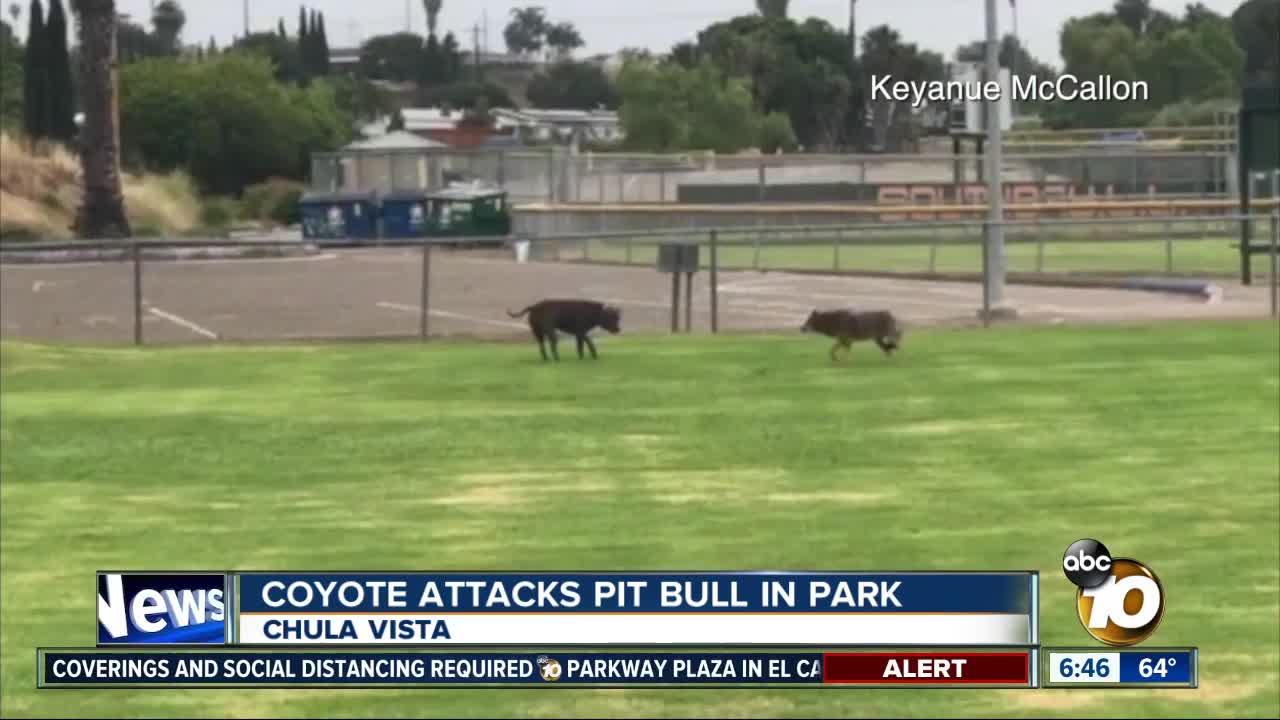 A man recorded a confrontation between a coyote and his pit bull while at a park in Chula Vista.

CHULA VISTA, Calif. (KGTV) -- A frightening encounter between a coyote and a pit bull at a Chula Vista park was captured on video.

Keyanue McCallon was with his dog at Loma Verde Park (1420 Loma Lane), near Loma Verde Elementary School, on May 22 when the incident occurred.

McMallon said a coyote hopped over a fence and confronted his pit bull. With his camera recording, the animals stared at each other for about 10 seconds, and then the coyote became aggressive.

He said he is worried a similar incident could happen again.

"I'm an animal lover and anyone who knows me knows I'm an animal lover. But this particular coyote needs to be removed. I'm not suggesting it be eliminated, We need to capture him to relocate him to a more proper place. This is not the park for him,” McMallon said.

10News learned a coyote -- believed to be the same one that attacked McMallon’s dog – attacked another person’s dog the day before.