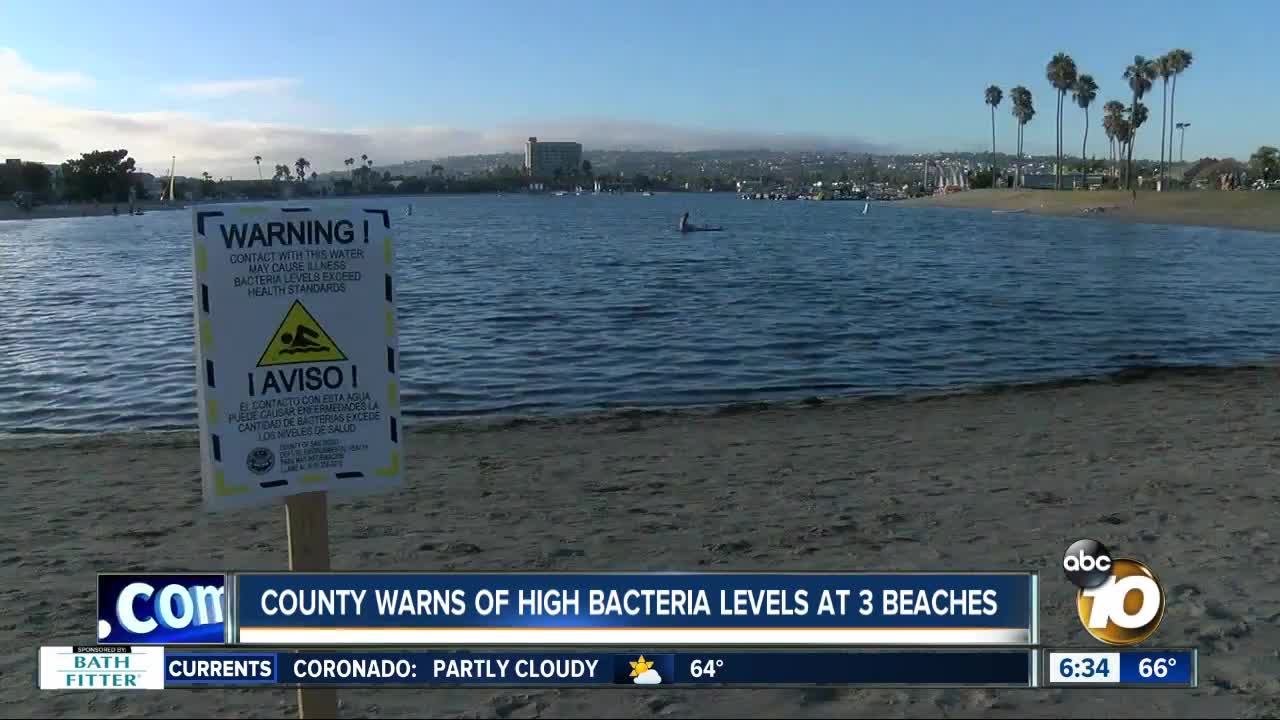 SAN DIEGO (KGTV) – San Diegans looking to escape the heat Thursday will have to stay out of the water at some local beaches.

According to San Diego County Environmental Health officials, high bacteria levels were detected in the water this week at Santa Clara Cove in Mission Bay, Dog Beach in Ocean Beach and the La Jolla Children’s Pool.

Ocean Beach and Mission Bay have been under an alert since Tuesday and Wednesday, respectively. The Children’s Pool often sees high levels of bacteria, officials said.

RELATED: Here's how to check the water quality at your favorite San Diego beaches

Despite signs being posted at the beaches, some visitors said they were still going to swim.

San Diegan Ally Romero said, “I don’t think there’s a year I’ve been here where I’ve not gone in the water, regardless of any kind of contamination, big or small. I’d say if there was a huge contamination spill, that would be something we’d be aware of.”

Officials said water quality is tested in the areas twice a week and an update to the advisories will be available in the coming days.

It’s not immediately known what is causing the water to be unsafe, but bacteria can come from wildlife, pets, and rotting vegetation like kelp.