Coronavirus impact: Stores cut down on hours or close until further notice 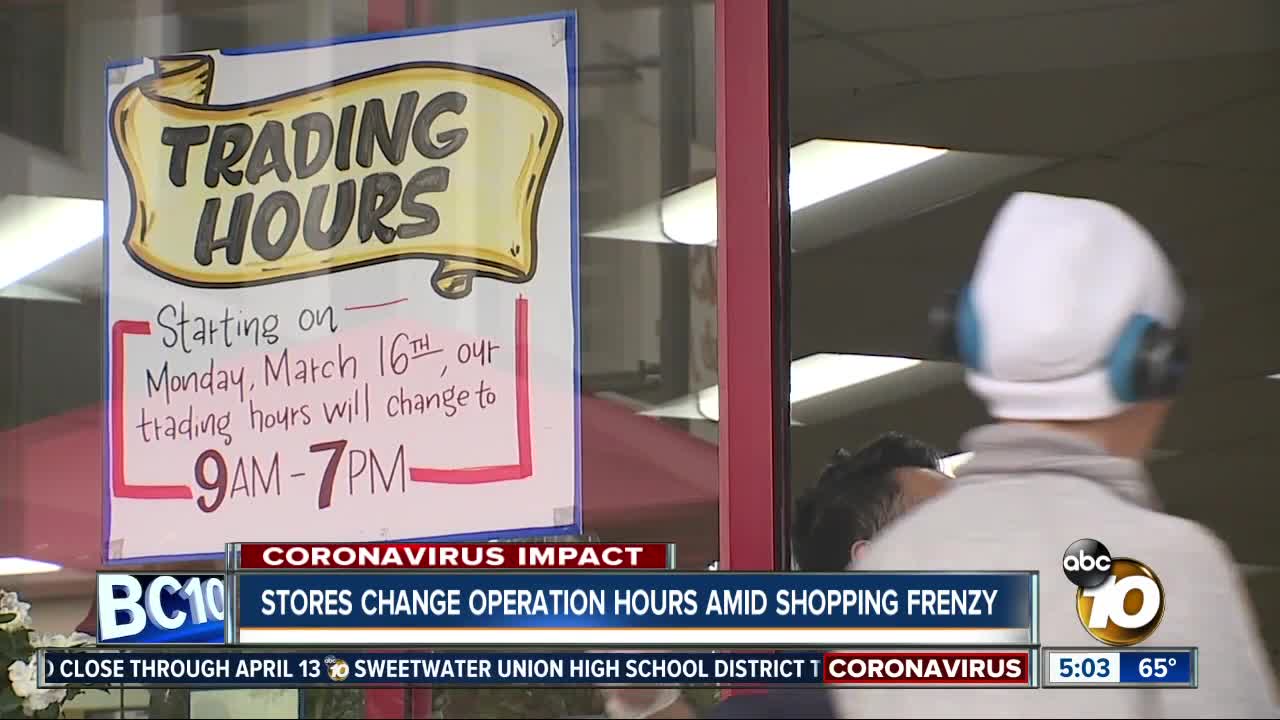 Coronavirus forcing stores to cut down on hours or close. SAN DIEGO (KGTV) -- Amid coronavirus fears, retailers in San Diego County and around the world are trimming operating hours to focus on cleaning and restocking. Some stores are even closing until further notice.

The shopping frenzy continues as residents prepare to hunker down for weeks at a time. Many not being able to get essentials they so desperately need.

"All the toilet papers were gone, and they were limiting the number to one per client," shopper Midori Kato said.

Some said they found a way to bypass the chaotic crowds.

But not anymore. Many grocery stores announced they are shortening their operating hours.

Some shoppers said, instead of rushing into stores and hoarding up supplies, we need to work together.

If you have to have a loaf of bread, and your neighbor doesn't have any, give them half," shopper Gloria Mitrovich said.

But some companies are not taking any chances and have decided to close their stores entirely.

Effective immediately, Apple announced that its retail stores would be closed until March 27, 2020. Nike said beginning Monday, all retail stores outside of Asia would be shut down, also until March 27, 2020. The apparel company, Urban Outfitters, closed all of its stores globally until at least March 28, 2020. They said employees would continue to be paid during the shutdown.

However, all three companies said their online stores would remain open.