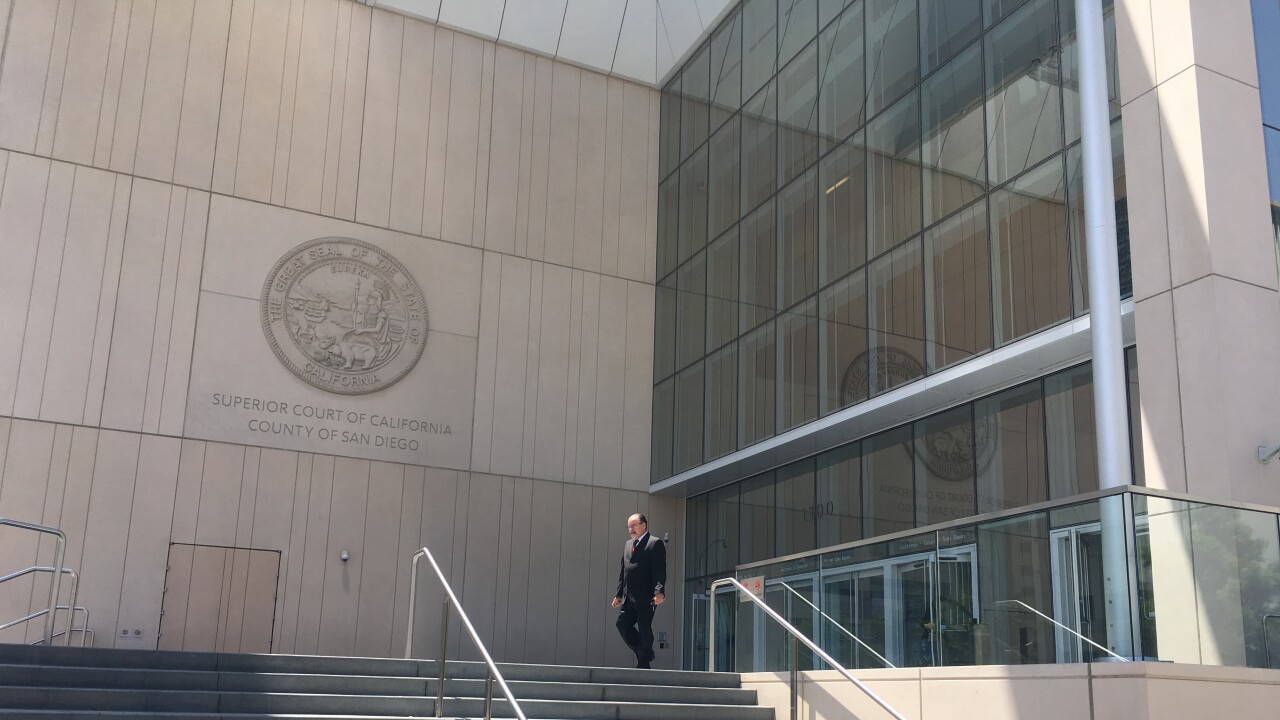 SAN DIEGO (KGTV) -- The San Diego Superior Court is dismissing all summoned jurors through May due to the COVID-19 outbreak, it was announced Wednesday.

The decision to dismiss jurors through May 22 -- "in the interest of community health and safety" -- comes days after state Supreme Court Chief Justice Tani G. Cantil-Sakauye called for a 60-day suspension of all jury trials.

San Diego County residents who were summoned to appear for jury duty between March 16-May 22 at Superior Court are being told not to report.

In a statement, San Diego Superior Court Presiding Judge Lorna Alksne said, “While we are providing several emergency services to the public at this time, it does not appear to be in the best interest of our community’s health to resume jury trials for the next 60 days.”