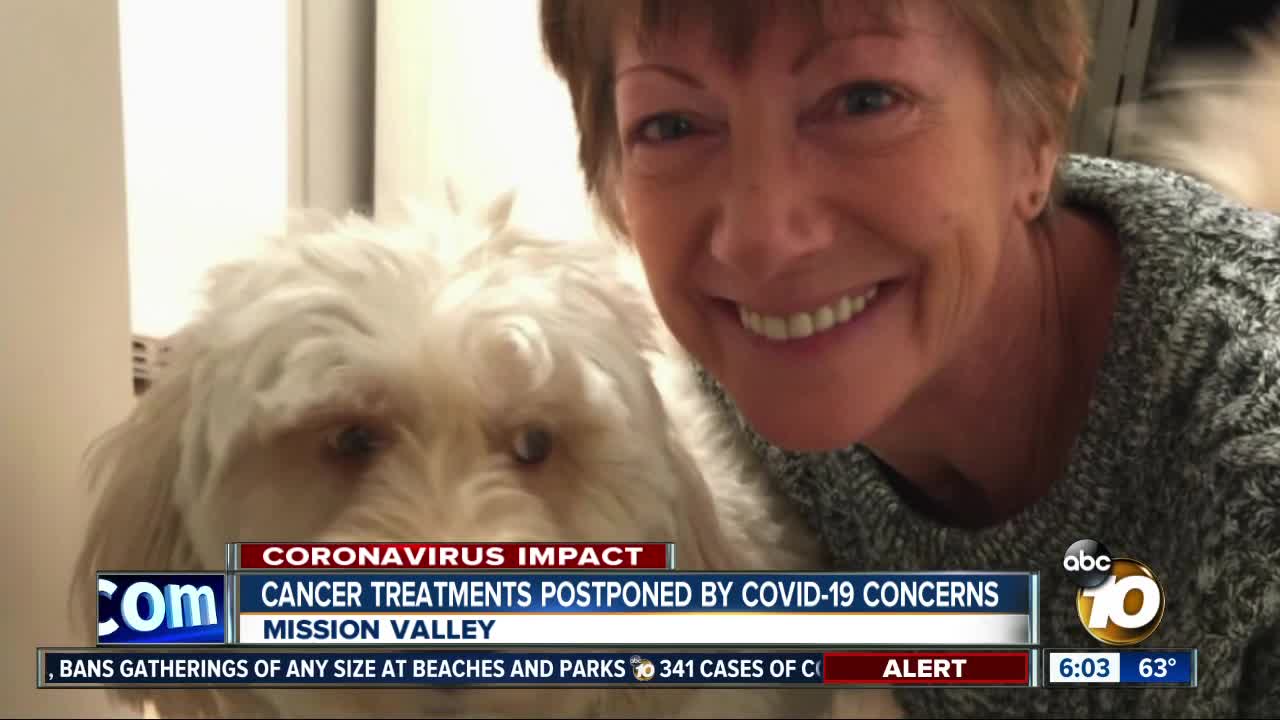 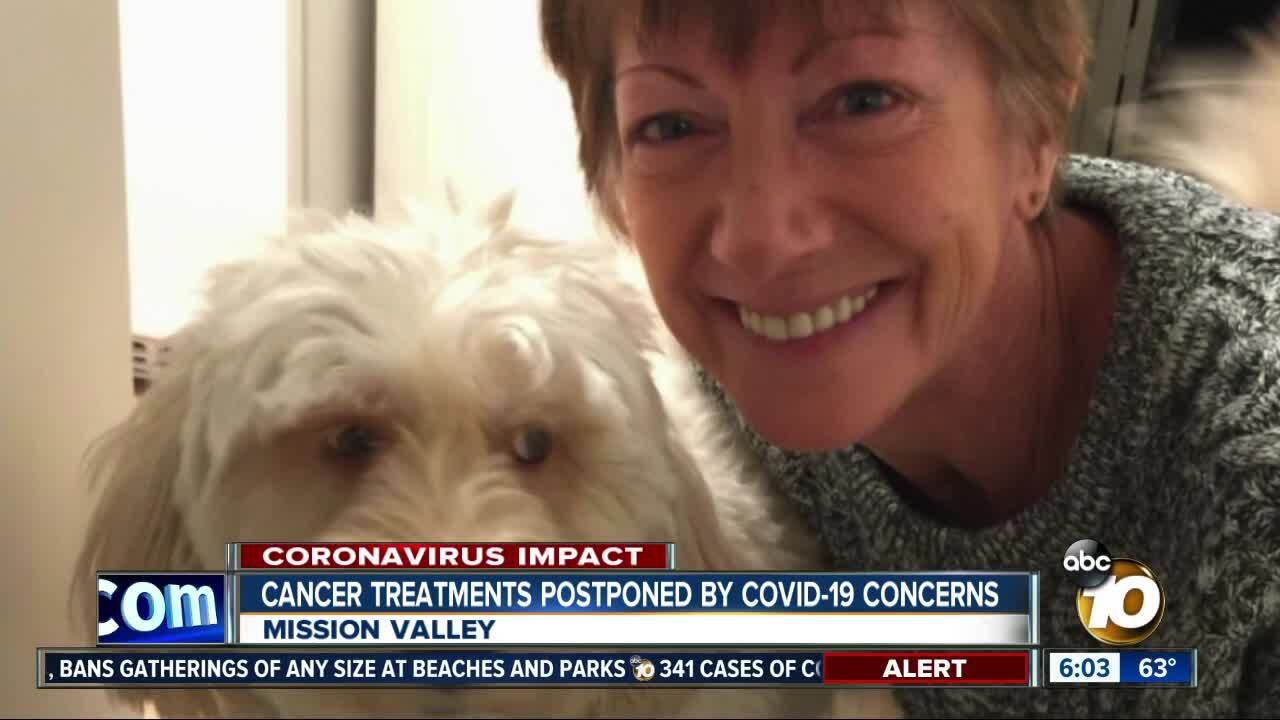 SAN DIEGO (KGTV) - A local patient with an advanced cancer says she's fearful after being told her upcoming treatment has been postponed.

Amy Regenstreif, 62, got the diagnosis in 2001: Retroperitoneal Leiomyosarcoma, a rare, soft tissue cancer.

"My doctor told me I had a 50% chance of being alive in 5 years," said Regenstreif.

Nearly two decades later, Regenstrief has beaten the odds, over and over. She's alive but is now stage 4 with some 20 small tumors throughout her body. Her cancer battle has included targeted radiation and dozens of other procedures, including an upcoming cryoablation, where a needle is injected to freeze a tumor.

"I've sort of picked at my body with all these procedures, and that's basically how I've stayed alive," said Regenstreif.

In the next few weeks, Regenstrief was supposed to receive a cryoablation on a tumor near her kidney at Cedars-Sinai Medical Center in Los Angeles.

When she reported that her pain has lessened - which could mean the tumor stopped growing - she says the hospital deemed it elective and postponed her procedure.

For Regenstreif, the fear is that the tumor does continue to grow.

"I'm petrified it could grow to the point where it cannot be removed," said Regenstreif.

Regenstreif doesn't disagree with the postponement. She knows the risk of a hospital visit.

"I'm on this little tightrope. Do I do this and walk out with coronavirus, or do you stay home and take your chances," said Regenstreif.

Those chances now being weighed by many other cancer patients and their doctors.

"I have friends who have had their chemotherapy canceled. I'm sure all of our lives will be cut short, and some people will die early because they can't go get their treatments," said Regenstreif.

Regenstreif says she will speak with her doctor in mid-April to determine if the procedure can be done later that month.