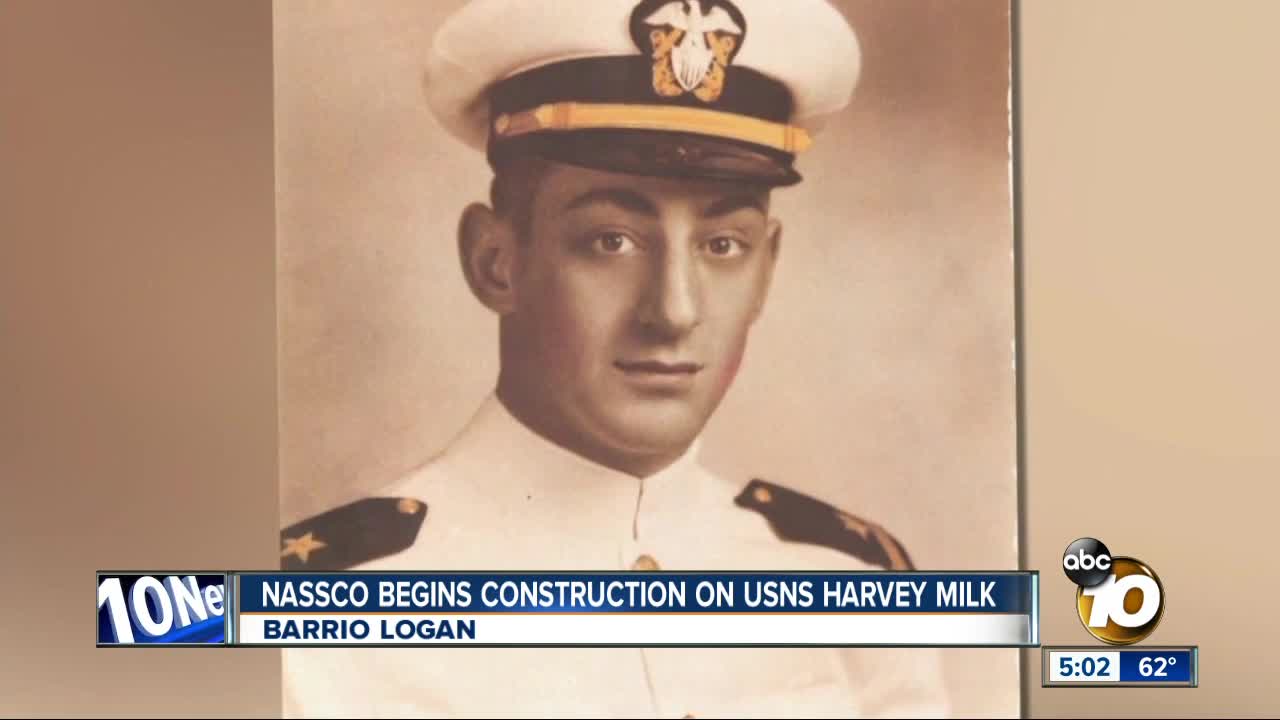 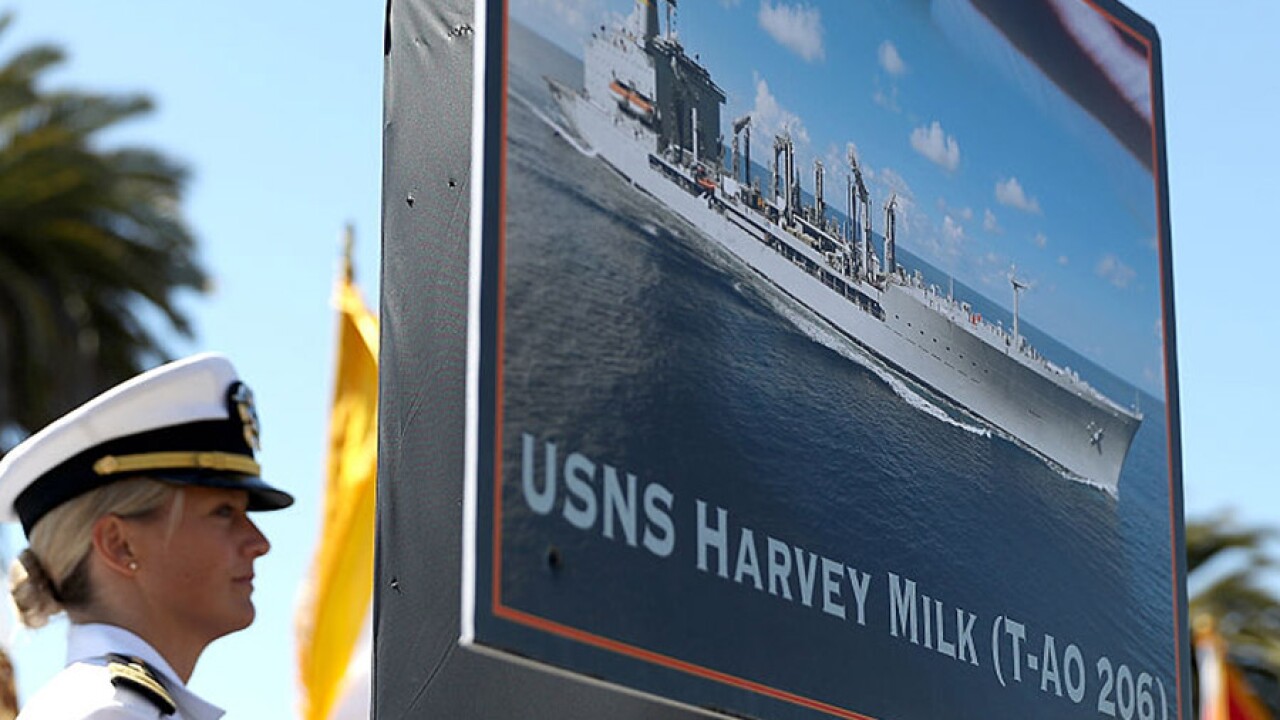 SAN DIEGO (KGTV) -- Construction is officially underway on a Navy vessel that will bear the name of LGBTQ activist Harvey Milk.

Workers at General Dynamics NASSCO in Barrio Logan cut the first piece of steel Friday on what will become the USNS Harvey Milk. The fleet replenishment oiler will be the second of six vessels in the John Lewis class to be named in honor of American civil rights leaders.

Milk served as a Navy dive instructor in San Diego in the 1950s and went on to become the first openly gay politician in California.

"Here we had an institution that actually prevented LGBT people from serving," Stewart Milk said. "This sends a much different message than simply tolerance. It sends a message that we celebrate everyone who is brave enough, all the men and women who will serve in the military."

The work will also keep nearby companies busy, he said.

"Here in Barrio Logan, in 92113, we’ve got about 40 suppliers and vendors that directly support us. So it is a big effort. It is a community effort and we’re very excited to be building this ship," DuBard said.