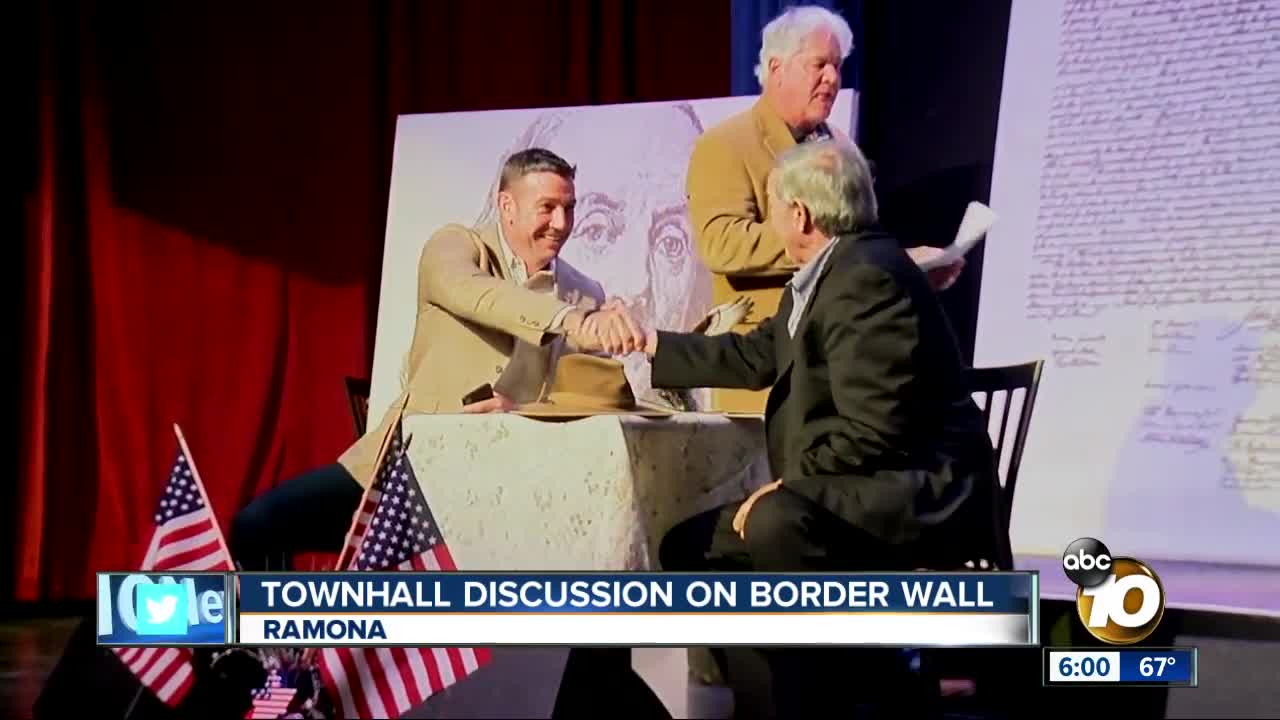 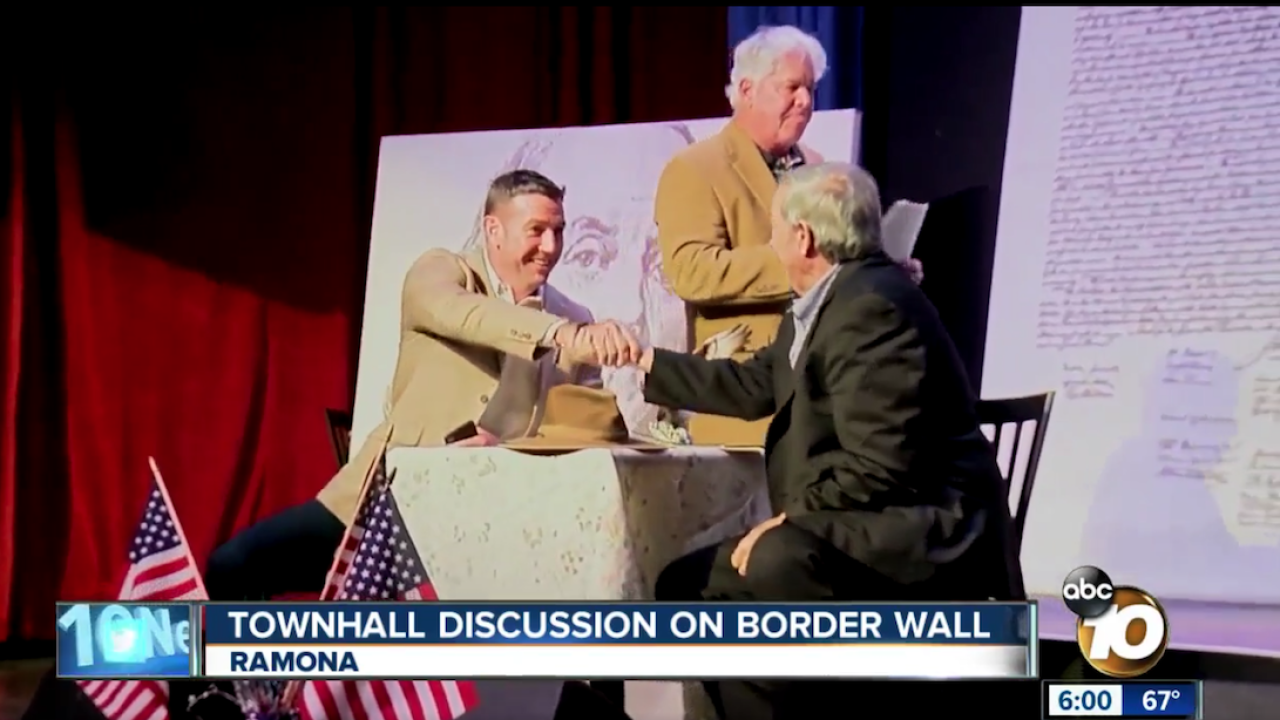 RAMONA (KGTV)— Representative Duncan Hunter -R (CA-50) kicked off his Memorial Day weekend in Ramona, at a town hall-style meeting. He and his father, former Congressman Duncan Hunter Sr. - R were guest speakers at "The Border: Then and Now!" event, hosted by a conservative group, American Liberty Forum- Ramona.

The elder Hunter remembered San Ysidro during his early years in Congress in the 1980s and 1990s.

"The border was a no-man's land. And everybody knows that here, that you didn't go to the border when it was close to being dark," Hunter Sr. said.

Border Patrol statistics showed in 1986, San Diego agents apprehended nearly 630,000 people attempting to cross the border illegally. But double-layer fencing dropped that number to close to 32,000 arrests in 2016. They also argued that crime numbers dipped, and the economy boomed in that time. Because of these, both Hunters said they support the President's Border Wall plan.

But Friday, a federal judge temporarily blocked the President's plan to transfer military funds to build more border fencing. This was something that the Congressman did not agree with.

"His lawyers need to fight it. They need to do it now, and it should go up to the Supreme Court," Hunter said.

Hunter also told the audience at Ramona MainStage that he is on board with the President's new merit-based immigration policy.

"You get to come here, if you're worth having here," Hunter Jr. said. "I know that sounds mean, but just because you want to come here from another country, doesn't mean you get to."

When asked about agricultural and construction jobs, Hunter Jr. admitted that they need to work on special provisions.

"We understand the needs especially in California and other agricultural states, where they need people to work here, and most Americans don't want those jobs, and they're not going to to do those jobs," Hunter said. "So how do you do that? how do you do it so that the people who are coming here can't be taken advantage of, so they have to go home and check in?" he asked.