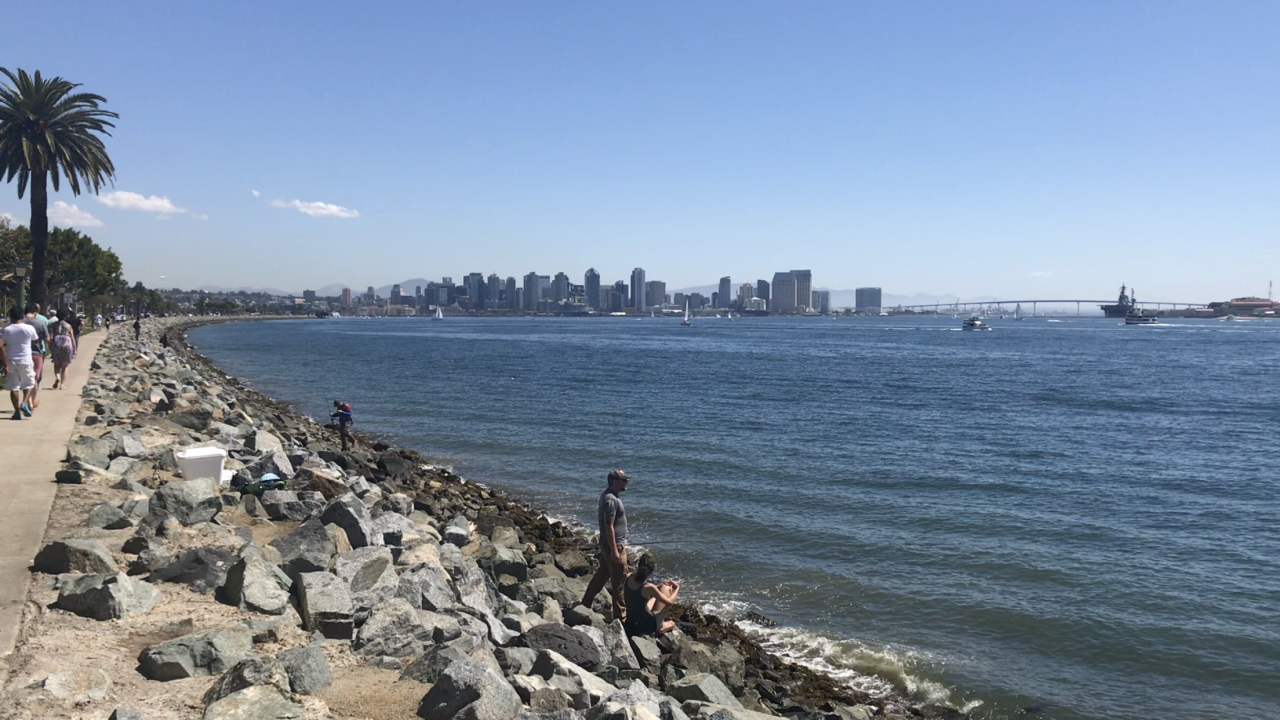 SAN DIEGO (CNS) - The Port of San Diego announced Monday a three-year pilot project to test the use of concrete tide pools as a shoreline stabilizing tool.

``ECOncrete's Coastal Star tide pools have great potential to provide many benefits for San Diego Bay,'' said Port of San Diego Board Chair Garry Bonelli. ``The Port looks forward to seeing if they can provide shoreline stabilization, help guard against coastal flooding, and improve the ecology of our bay water.''

The project is the eighth approved in the Port of San Diego's Blue Economy Incubator, which is intended to streamline the process in which businesses can launch pilot projects for so-called blue technology. The port launched the incubator program in 2016 as a way to collaborate with businesses focused on restoring ecosystems, improving water quality and fisheries and monitoring the environment.

ECOncrete plans to monitor the tide pools every six months to examine how they could replace current shoreline stabilizers in the San Diego Bay. The best-case scenario, according to the company, would be protecting the city from rising water levels due to climate change while also protecting and sustaining local marine life.

``We are eager to help protect the city's coastlines while increasing resilience and rejuvenating the marine ecosystem of the area,'' said ECOoncrete CEO Shimrit Perkol-Finkel. ``The newly developed Coastal Star tide pool in partnership with the Port of San Diego will help change the way our future coastlines look and function.''