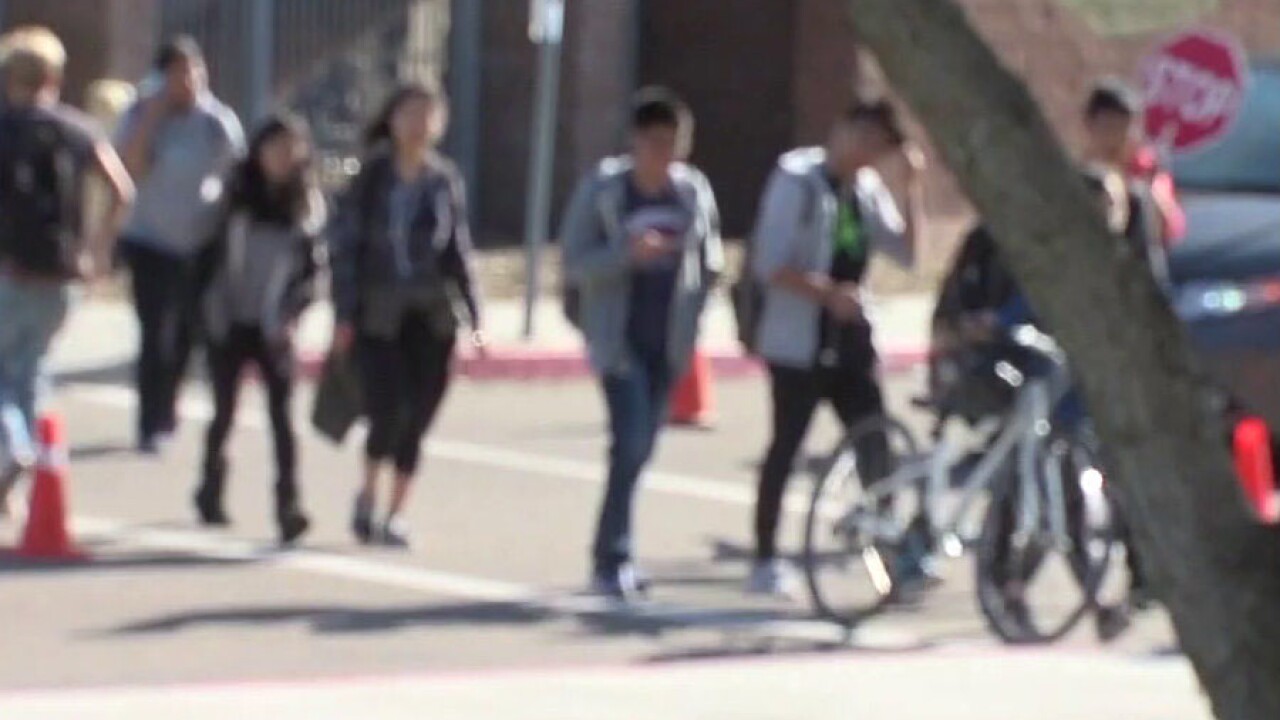 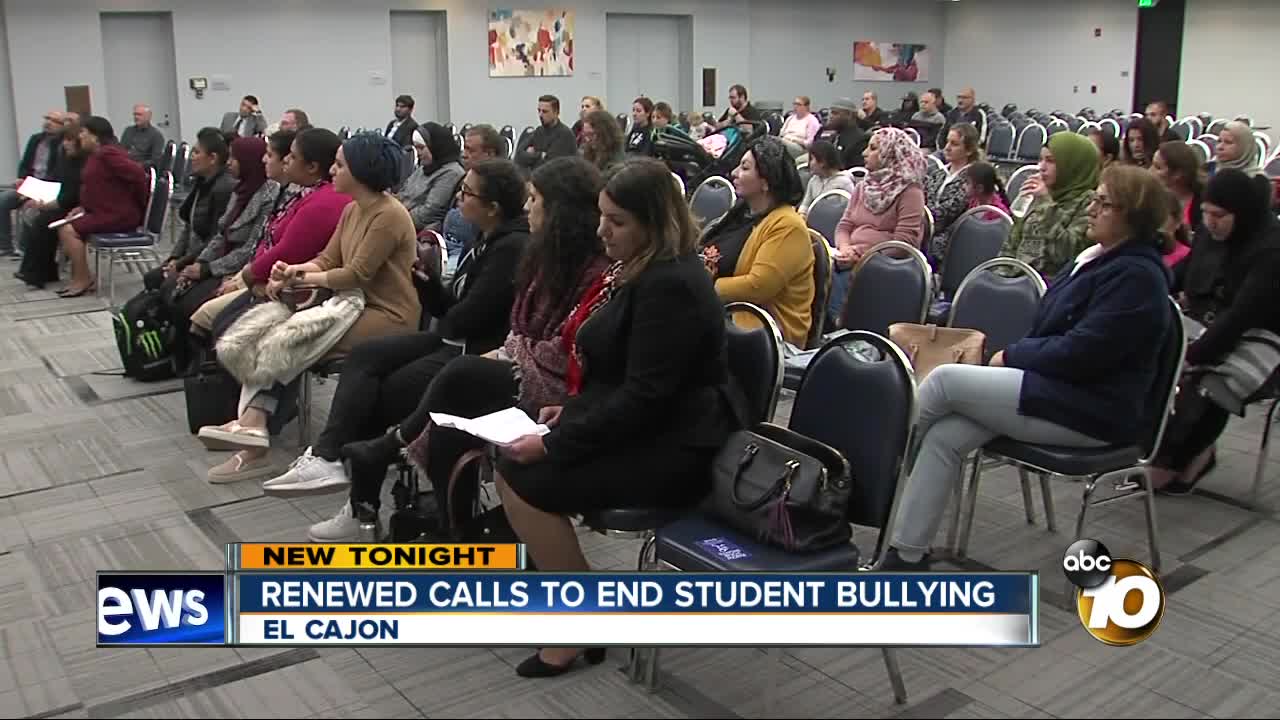 The San Diego office of the Council on American-Islamic Relations, along with the East County Justice Coalition, held a town hall meeting Tuesday to allow East County students and families to discuss the issue.

It has been four months since video appearing to show Greenfield Middle School students attack a 13-year-old Syrian girl in a hijab and her family at their home.

RELATED: Group calls for investigation into bullying of Muslim student in El Cajon

“When you have a video of 8 to 10 students beating a family and their daughter just for the fact that they are Syrian and they’re Muslim is not acceptable,” said Mejgan Afshan with CAIR San Diego.

CAIR San Diego says since that incident they have received complaints from at least a dozen students of different races and religions claiming they were bullied.

“And the school district has done nothing,” added Afshan.

10News is waiting for comment back from the Cajon Valley Union School District on the matter.