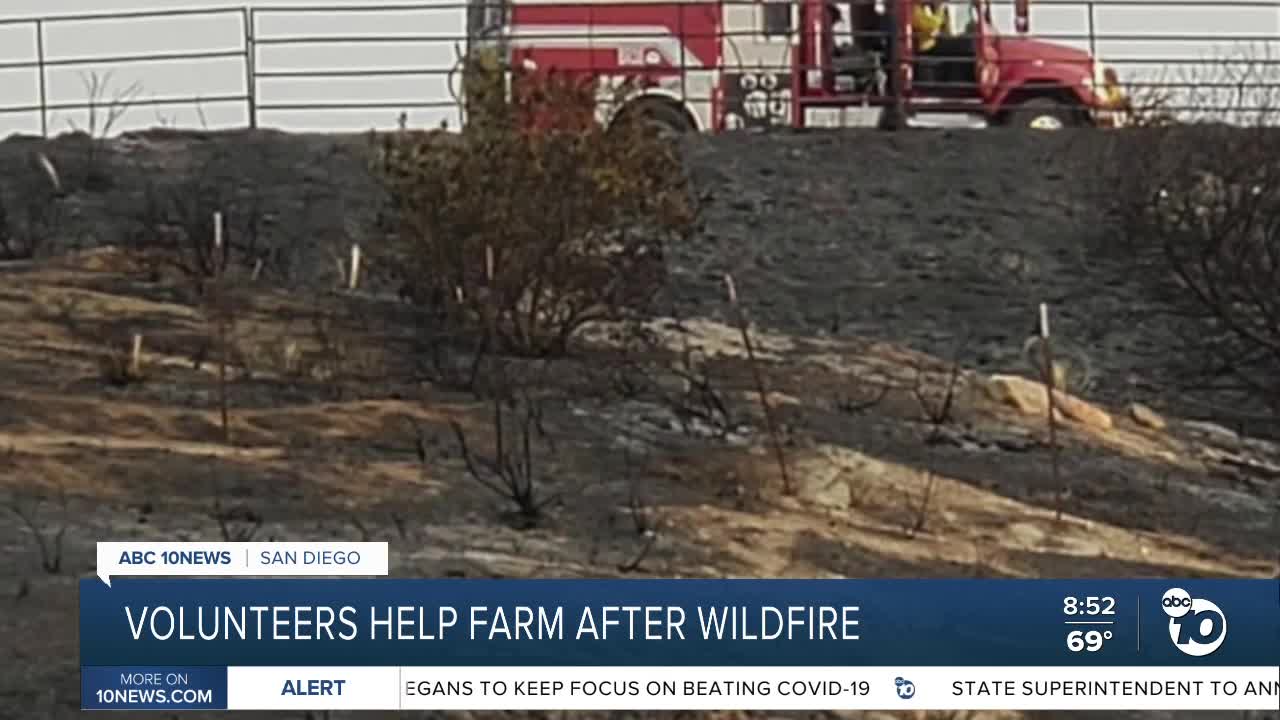 In Jamul, community members are banding together to help a family-owned farm decimated by the Valley Fire. 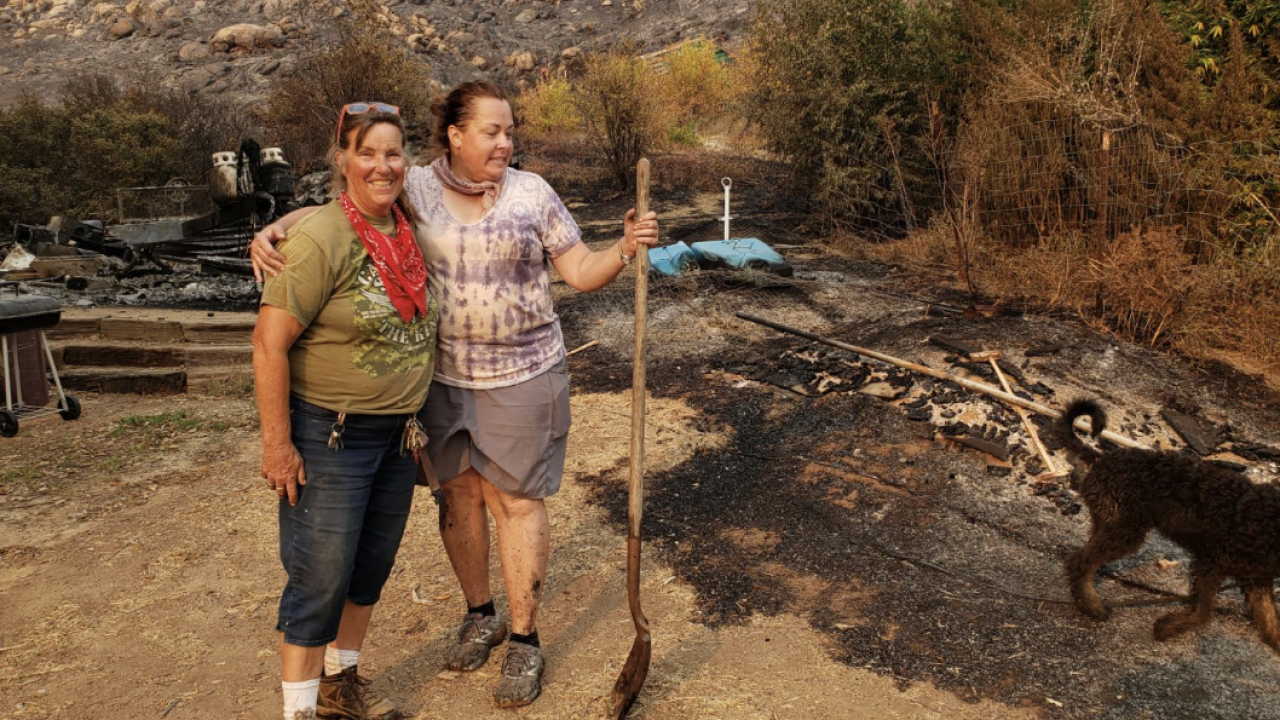 JAMUL, Calif. (KGTV) - In Jamul, community members are banding together to help a family-owned farm decimated by the Valley Fire.

Cheryl Skidmore, the owner of Hidden Haven Ranch, was on the phone with workers on site.

Some animals were evacuated, but the damage was heavy at the 16-year-old farm known for sustainable farming.
All 125 chickens were killed. Most of the crops were destroyed: half of the orchards, from apples to apricots, and all of the industrial hemp fields. The flames also burned a trailer and much of the farm equipment.

"Everything is just devastated. We have to start over," said Skidmore.

Skidmore says she tried to get wildfire insurance but was denied, partly because she’s in a fire-prone area. The total loss was about $250,000. Shutting down the farm became very possible.

The word 'overwhelming' could also be used to describe the outpouring of support.

"The community has been donating hens. Hopefully, we will be doing egg production next month," said Skidmore.

The farm asked for help and the community responded with dozens of volunteers at three cleanup efforts, including one on this day. Volunteers have done everything, from raking ash and trimming trees, to moving dirt and cleaning horse stalls. Jordyn Brewer is one of those volunteers.

"When I saw the pictures of the devastation, it made me upset. If I were in that situation, I would want people to help me," said Skidmore.

Skidmore says that help will mean the difference between shutting down and keeping the farm going.

"No way I could have done this myself ... Just to see people so willing to help others, just makes me feel so good," said Skidmore.

A Gofundme campaign has been set up to help with the with the rebuild.