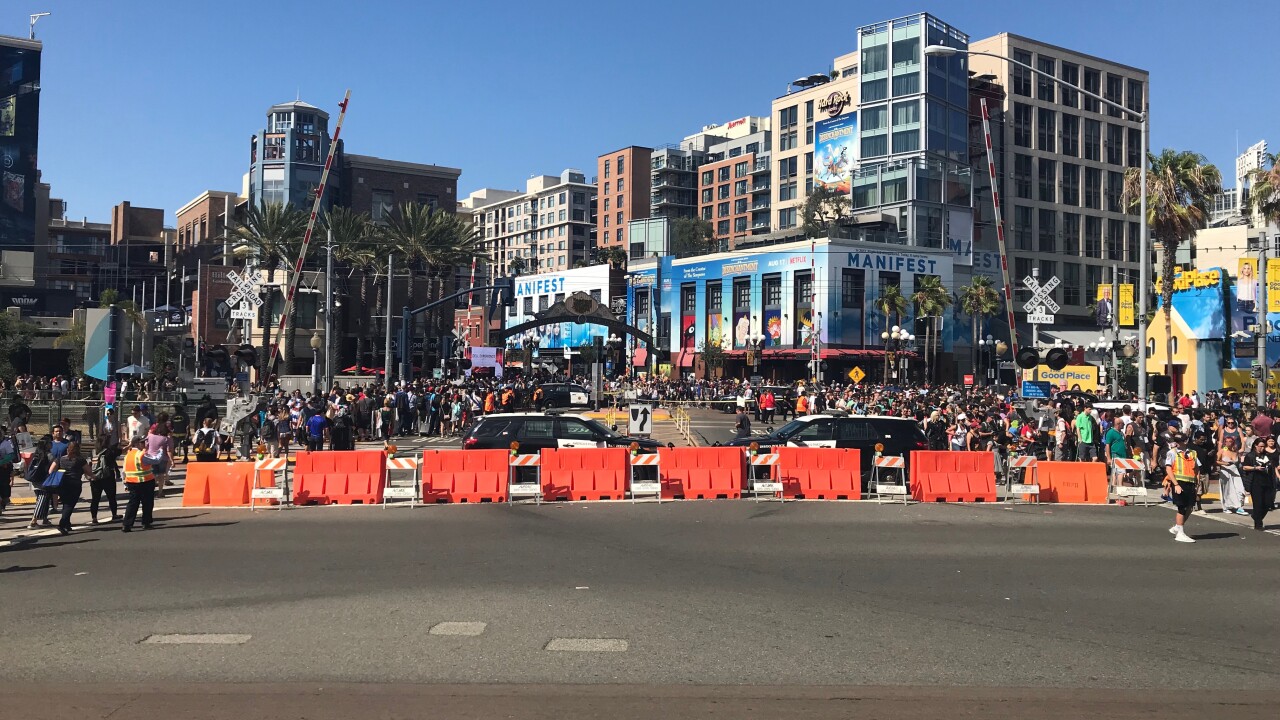 Copyright 2021 Scripps Media, Inc. All rights reserved. This material may not be published, broadcast, rewritten, or redistributed.
Allison Horn

UPDATE: WonderCon Anaheim, scheduled for April 10-12 at the Anaheim Convention Center in Orange County, has been postponed until a later date, according to Comic-Con International organizers.

SAN DIEGO (KGTV) -- Comic-Con organizers said they are continuing to monitor any developments regarding the ongoing coronavirus situation, but its convention in San Diego are still slated to go on as scheduled “at this time.”

In a statement to 10News, Comic-Con International said: "Comic-Con is working with local officials as it pertains to the COVID-19 situation and continues to monitor developments closely. At this time both shows, WonderCon Anaheim and Comic-Con in San Diego, are moving forward as scheduled. As always, the safety and security of all our attendees is of utmost importance. Please rest assured that these concerns are being taken very seriously and we will not make any decisions regarding the rescheduling of shows without weighing all considerations carefully."

This year’s San Diego Comic-Con does not kick off until July 22.

With coronavirus’s spread reaching almost all parts of the world, organizers of conferences, festivals and other planned large events have either postponed or outright canceled.

Last week, officials with the Emerald City Comic Con convention in Seattle -- an event not organized by Comic-Con International -- made the decision to reschedule its event from March 12 to sometime this summer.